As debate about the refugee crisis rages on the voices of refugees themselves are rarely heard. Manchester independent publisher Comma Press is tackling that void with Refugee Tales, a project that pairs refugees with acclaimed writers, producing real-life stories of being trafficked, being detained and attempting to start a new life.

This modern take on the Canterbury Tales features writers including Monica Ali, Abdulrazak Gurnah and Gillian Slovo. The third instalment of short stories was published last month and the project supports the Gatwick Detainees Welfare Group, a charity working with people held in indefinite immigration detention near Gatwick Airport.

The three refugee tales below, one from each collection, offer a rare insight into the life of narrators who have all been held in the UK’s system of indefinite immigration detention.

All proceeds go to Gatwick Detainees Welfare Group and Kent Refugee Help so please do follow the links below to buy the books if you can.

“Room, van, warehouse. Warehouse, van, room. Four in the morning. Nine at night. Packing shoes. Ladies bags. Sorting dresses. Cleaning microwaves. They give you a cloth for this. Cleaning TVs. Cleaning fridges. They give you a roll of white rubber to wrap the electric things. They give you a winter jacket, one jeans and a towel. They give you two shoes. They tell you it’s cost them a great deal of money to bring you here. They say you’ll be working till you’ve paid it all back. There aren’t beatings but there’s shouting. There is a lot of shouting.
Room, van, warehouse. Warehouse, van, room. Five years. Most weeks all week, eighteen hours a day. You sit in silence, now, with me. You hold your head in your hands.”

Ali Smith tells the story of a young man who was orphaned as a child and worked as a slave on a farm until the age of 21 when he was promised a better life away from the violence and imprisonment by his boss. He then escapes, smuggled via a lorry, and ends up in the UK. After months of forced labour, he writes to the Home Office for help but is imprisoned and detained and after spending years waiting, he is released but lives in perpetual fear of being detained yet again. Read the full story here.

The first volume of Refugee Tales was published in June 2016 by Comma Press. It is available to buy from bookshops or to order direct here.

“Days in the darkness inside a lorry on its way north. A freezer truck. How many people were in there with you, I ask? And you laugh, and say, ten? I don’t know. It was dark! And I laugh too, a little ashamed, and wonder why I want to press you for these little details. None of us want to know what this is like. We don’t want to know how it feels to not eat or drink or sleep for five days and nights, to be sustained in terror and darkness merely through the hope that there is light the other side. None of us want to know what it feels like to be threatened with a knife, as you were threatened. To be held at gunpoint by people you have paid to bring you to safety.”

As told to Helen Macdonald, a young Epidemiology student is forced to flee his country when intelligence services are notified of his Christian beliefs. He is smuggled in a lorry to the UK where he is put in a cell by police and questioned for 72 hours before being held in immigration detention for 80 days. Now he stays in a hostel, spending his little funds on lentils and fruits for the hostel children, waiting to restart his life. Read the full story here.

Refugee Tales II was published in July 2017 by Comma Press. It is available to buy from bookshops or to order direct here.

“If the detention centre was a kind of hell, the needlework school is like a kind of heaven, and not just because it’s up in the clouds. The rooms are all painted white so the rainbow walls of glass drawers where you can see all the coloured wools and silks waiting are all the brighter.”

Patrick Gale tells the story of a young Iranian tailor who was forced to flee his country to escape his family and the police for his Christian beliefs. The man is smuggled through Turkey and Italy before being placed in immigration detention in the UK. He has now been released and was offered a spare room by a friend from his local Church as well as help with claiming asylum. Read the full story here.

Refugee Tales III was published in July 2019 by Comma Press.  The new collection is available to buy from bookshops or to order direct here. 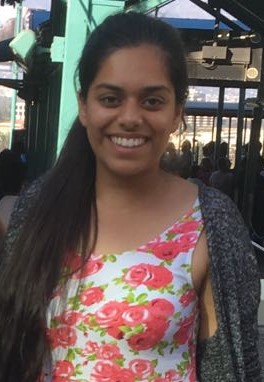