Daughters of the Niger Delta is a revelatory documentary that challenges entrenched ideas about this infamous part of Nigeria. It is about the women of the Niger Delta, whose stories are rarely heard, always hidden from global view. Yet their work as mothers, farmers and traders, is crucial to the Delta’s ability to thrive.

With verve and defiance, the women use this documentary and tell their own stories in their own words. Their agenda is surprising, veering from the familiar narratives of oil barons and militia kidnappings. Instead, they present a picture of scores of needless infant deaths, days wasted trekking to collect clean water, poor remuneration for farming which is often tedious and time consuming because there isn’t money for machinery, and lives held hostage to the whims of outdated sexist rites. Disarming militia is one thing, but there will be no peace unless the government tackles the Niger Delta’s underlying problems, water supply, healthcare and economic development. But before any of this, women need empowerment and seats at the decision making table. Who are the daughters of the Niger Delta? Smriti Singh reviews the film for Lacuna.

“You may write me down in history
With your bitter, twisted lies,
You may tread me in the very dirt
But still, like dust, I’ll rise…”

‘Still I Rise’ by Maya Angelou

These lines by American author and poet Maya Angelou were published in 1978 and more than three-decades later, resonate for many women around the world. Some have indeed risen. Yet, some are unable to break the norms of inequality, they have to fight for a better life, and so rising is an impossible dream.

Disarming militia is one thing, but there will be no peace unless the government tackles the Niger Delta’s underlying problems, such as water supply, healthcare and economic development.

Search google for ‘Niger Delta’ and the top ten results reveal a story of conflict, kidnapping and oil. There is little news about the living conditions of the people or about the oppressive socio-economic conditions that make life for Nigerians living in the Delta, especially women, so difficult.

Being from a “third world” nation, I have witnessed and sometimes personally experienced the consequences of traditional patriarchal structures. The suppression of women and ignoring the contribution made by them in the growth of the nation’s economy is a norm in most of the underdeveloped and developing nations. So, when I was asked to review the documentary film Daughters of the Niger Delta I assumed the movie was going to be about the struggles of women in the Niger Delta region. But, the movie revealed to me something I didn’t expect.

Poverty can be dangerous

Daughters of the Niger Delta is a powerful narrative focusing on the lives of three women who, against all odds, strive to triumph over tragedy. What makes the documentary original is the fact that it was shot by nine young women from the Niger Delta, who were trained by the Abuja-based NGO, Media Information Narrative Development (MIND).

As the camera pans over an early morning in the Niger Delta, where fishermen gear up for a productive day at sea, women carry out their daily chores and children play at the riverside, the voice of Nigerian-French artist Asa floats: “I’m in chains, you’re in chains too. I am prisoner, you’re a prisoner too, Mr Jailer”.

The song echoes the feelings of many women in the region, caught in a constant struggle to break cultural norms that ignore their contributions to society and determine their fate. The 55-minute long film presents the testimonies of three women—Hannah, Rebecca and Naomi—who deal with three very different forms of oppressions within the male dominated, capitalistic society they live in, and yet, somehow they are resilient and determined to make a difference in their own lives.

“Poverty is dangerous. It can lead you to do things that you don’t want to engage in,” says Hannah, a widow from Bodo City, Rivers State. Hannah wants legal rights for widows. When her father died, his family inherited their land and house. Hannah’s mother and her children were left with nothing. When Hannah’s husband died, the same happened to her. Her husband’s family took the land she once farmed to grow crops, as is legal under traditional laws, leaving her struggling to feed her children. The law also prevents her remarrying, unless her prospective husband pays a huge bride price to her first husband’s family. Hannah now works as a farmer on other people’s lands to support her family.

There have been more than 7,000 oil spills in the Niger Delta between 1970 and 2000. This means Hannah must wade further into the river to find fish to feed her family. The brazen oil extraction by multinational companies in the delicate Niger Delta region has left indigenous people with toxic river land and scant food.

Hannah’s story draws a sharp contrast between the usual media portrayal of the region and the reality. The dichotomy is not only heart-wrenching but leaves the audience with a lot to ponder in terms of the gender dynamics, women’s struggles, poverty and capitalistic exploitation of the ecosystem.

Hannah hopes to send her younger children to school, despite their poverty. They are too poor for her eldest daughter to attend university, but the younger ones must fare better. Education, she says, will help them out of poverty.

Next we meet Naomi. A feisty young entrepreneur, who runs her own soap manufacturing business with her husband. University scarred her for life.

Child to a single mother, Naomi was sent to the university by her mother, who did not want her to get pregnant at an early age like other girls. Naomi believed in the importance of education and wanted to pursue her mother’s dream. But she jeopardised her university career when she refused to sleep with her professor in exchange for good grades. He failed her.

Naomi’s story forces the audience to face with the ugly truth of an education system where sexual harassment of women is the norm, and used to suppress women and thwart progress.

So, does she win? No and yes. No, because no action was taken against the professor and Naomi eventually had to pay him a bribe to award her a fair grade; he changed the fail to a C grade. Yes, because she stood up against the administration and fought as much as she could.

Now, Naomi says, she would go back to university to read law if she could. As a lawyer she would then use the law to fight sexual harassment.

Rebecca wants access to a family planning clinic and maternity healthcare. She had her first baby at 16 after being taken from school and sold to an older man at 15. That baby died in her womb; she has since given birth to 11 children, five died and six have survived.

The maternal mortality rate in the Niger Delta is the second highest in the world and 65,000 children under the age of five die each year in the region due to lack of adequate healthcare and related issues such as pollution and nutrition. Yet, the media chooses to highlight the militancy, conflict and kidnapping as the prime issues.

On top of this, the lack of awareness about the pre-natal care and family planning puts the life of the women in immense danger. Rebecca’s husband has three wives. His idea of a happy family is to have at least 17 children. Though he acknowledges the fact that his wife’s health has deteriorated due to continuous pregnancy, he does not want to give up on having children because he sees it as the norm in the village. Daughters of the Niger Delta

Rebecca is pregnant again, but receiving proper treatment from a doctor is not an option because of the cost and lack of good health services. So, like many other women, she self-medicates, which in some cases proves fatal for mother and child.

Rebecca’s story is a reflection of how little the government does in elevating the status of women. Even basic sanitation like water is not available to these women. They have to cover long distances to fetch water and due to excessive oil and gas burning as part of extraction, the region is often hit by acid rains. As Rebecca struggles with daily chores and her twelfth pregnancy, she hopes to become sterilised after the child is born. While Rebecca talks, the camera zooms in on the corpse of a hatchling lying dead on the street, while children nonchalantly play around it.

A story told by local people

The homemade feel to the camerawork adds to the originality of the film. The involvement of the nine women from the region to make it brings an intensity that would not have been possible otherwise.

Daughters of the Niger Delta has been shot from the location of the subaltern, by the subaltern. And that is what makes the film a must watch.

Post script – At the time of writing this review, a major development took place for the residents of the Niger Delta. Royal Dutch Shell Oil Company agreed to pay a total of £55m as compensation to the residents of the Bodo community in the Niger Delta for two oil spills. The communities, however, plan to bypass Nigerian courts and try to sue Shell and other oil companies in London. 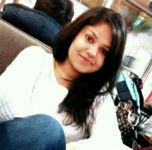