These five women from around the world are showing that environmental justice is racial justice. Using social media and podcasts, hosting nature camps and representing their countries at climate conferences, each one of them had a moment of realisation that sparked action. And they’re showing how you can campaign for change too.

Mya-Rose, a 19-year-old British-Bangladeshi birdwatcher (pictured below), noticed that not many people who shared her hobby looked like her. At the age of 14, she took it upon herself to change this and founded Black2Nature, a nature camp to inspire a new generation of birders. Mya campaigns for access for Visible Minority Ethnic (VME) communities who are currently excluded from the countryside.

“I had noticed that there were no people like me and my family outside in natural spaces but I had not realised that it was not their fault. I therefore decided to make my camp diverse and contacting every person I knew who had contacts within VME communities.”

Mya-Rose is also an author, writing the book, We Have A Dream, to highlight 30 young indigenous people and people of colour on a mission to protect our planet.

Mya received an honorary doctorate from Bristol University at the age of 17, making her the youngest Brit to receive such an award. 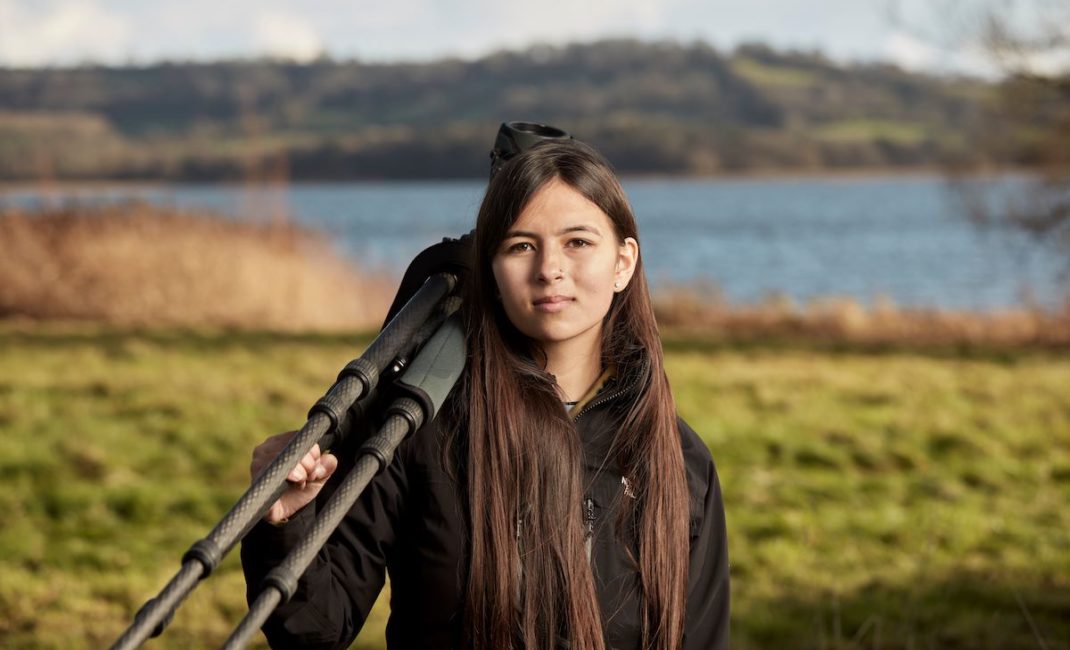 Mya-Rose Craig noticed that not many people who shared her hobby looked like her. At the age of 14, she took it upon herself to change this. Image by Oliver Edwards.

Receiving a grant to represent Brazil’s young people at COP23 in 2017, Amanda Costa realised that she did not “have to wait until [she was] 35 years old and in a management position to have a powerful voice in society”. Since then, the 25-year-old has made it her “life mission” to make climate justice (including its inseparable link to racial justice), more accessible to young people. She has taken both national and global actions, launching a digital space in Brazil, called Perifa Sustentável to share climate knowledge in hard-to-reach areas of São Paulo. With crowdfunding from her online community, she also attended COP26 in Glasgow last November (2021).

“I decided to embrace blackness, climate justice and sustainability as my life mission, working to awaken young leaders to position themselves as agents of change.”

Amanda also led Climathon Sao Paulo, bringing people together to form networks and propose solutions to some of the impacts of climate change. 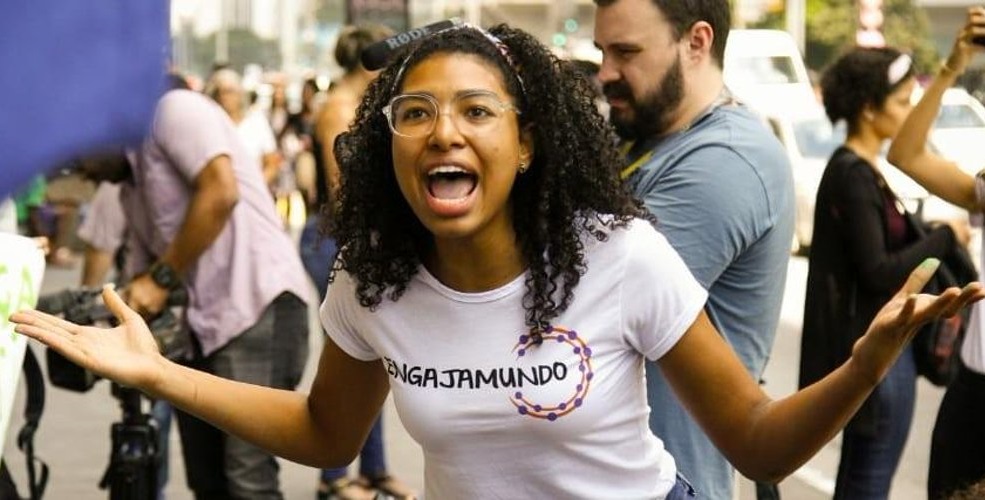 Kristy Drutman, a Jewish Filipina-American, has made it her mission to amplify the voices of Black, Indigenous, and People of Colour (BIPOC) in the environmental movement. For her, the climate crisis became “a lot more personal” after she saw the devastating effects of Typhoon Haiyan in the Philippines – and its lack of news coverage in the mainstream media. This led her to create a podcast and media platform, Brown Girl Green in 2017, to highlight the importance of diversity and inclusion in the environmental movement, whilst creating a space to discuss creative solutions to climate issues.

Working to instil her listeners with a sense of climate hope, Kristy also uses her social media to make information on climate change more accessible, inspiring others to take action.

“There are a lot of statistics that companies are the ones that ultimately have the power. And yes, they’re definitely the ones that are causing a lot of harm and pollution. I’m not denying that. But I think people don’t recognize how powerful they are.” 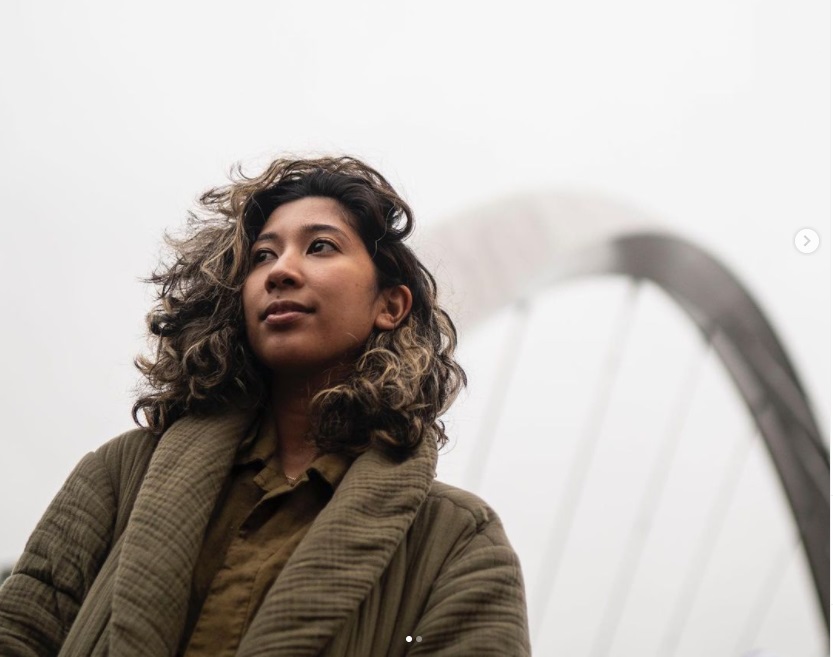 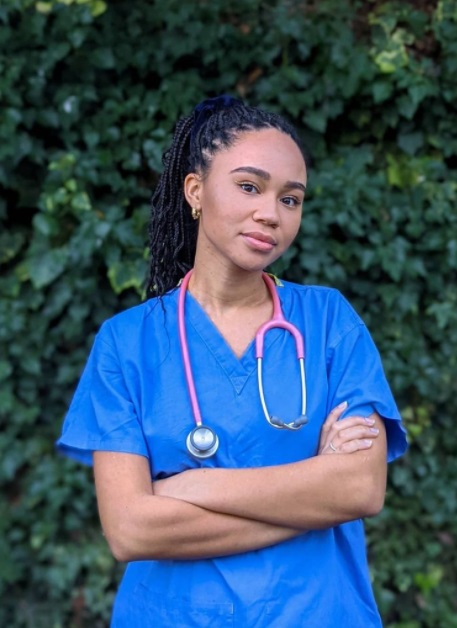 At the same time as studying for a medicine degree, Mikaela Loach, 24, has launched her own podcast and taken the government to court. The University of Edinburgh student, filed a case against the UK government in December 2021 alongside campaign group Paid to Pollute, urging them “to stop the flow of public money to oil and gas companies.” Mikaela has dedicated her social media platform to advancing the conversation on climate injustice, whilst hosting the Yikes podcast to continue the debate.

The young activist has also opened up about burnout, advocating for the importance of rest and recovery from activism.

“We cannot rely on exceptional individuals or leaders to change things…No one is coming to save us. Our governments will not save us; big institutions will not save us. The only people that can save us are all of us, ourselves, and that means that we all have to be part of creating that change, and we all have to recognise the power that we have.”

Alexis Nikole, known as “The Black Forager” on social media, has amassed over 3 million followers on TikTok alone. The forager uses her platform to share fun recipes using wild foods: from making pink lemonade using violets, to bread stuffing using acorns. With her joyous energy, Alexis Nikole is encouraging more people to see themselves as part of nature and to appreciate the foods that the natural world affords us.

Alexis also uses her platform to remind viewers that “none of our food… exists without context”. She reminds us that the journey of our food does not start at the supermarket, but with the farmer who grew the vegetable, or the indigenous knowledge that led to us having the food in the first place.

“[Foraging is] like Disney World, but full of plants and much cheaper food. You walk in and you see this very vibrant ecosystem that we are a part of. And there’s something so fulfilling about it, right? You’re just like, I pulled this out of the ground, and now it’s sustaining me! So I look into natural spaces and I just see wonder.” 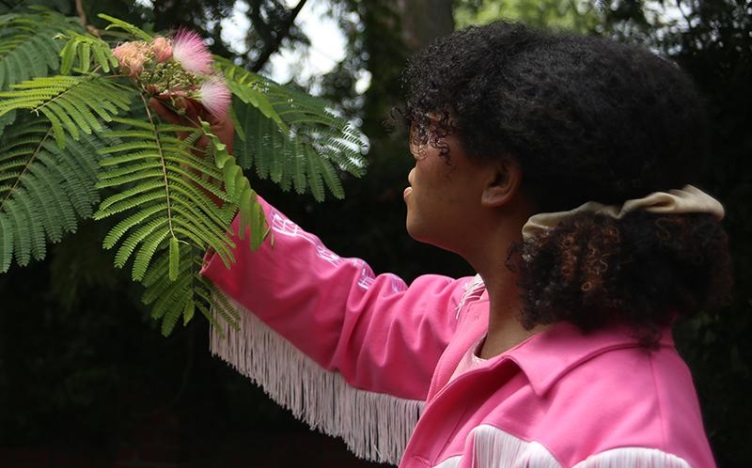 Alexis Nicole Nelson has 3 million followers on her TikTok channel The Black Forager.

Main image at the top of this page shows the DC Climate Strike, by Susan Melkisethian. 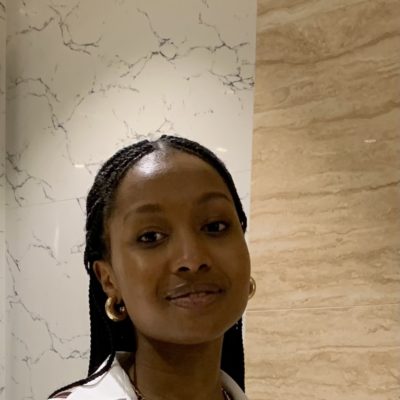 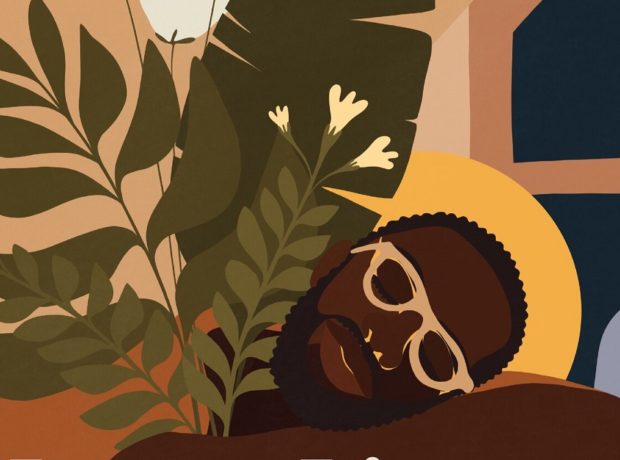 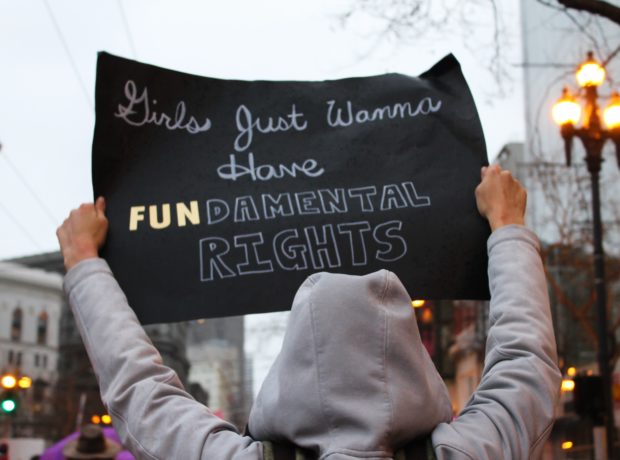