In a land mass the size of Western Europe with just under three million people, Mongolia’s minerals are attracting commercial mining interest from all over the world. And in the midst of the hand-shaking haggle between foreign investors, politicians and mining companies over the country’s minerals, illegal Mongolian gold-miners – known as ‘ninjas’ – are taking what they can.

Armed with rustic drills, shovels, a little mercury, unreliable fuses and some dynamite, these ninjas dig deep holes in the desert looking for gold. These tunnels suck tugriks (Mongolia’s national currency) and dreams – and lives too, if you’re not careful.

The stark setting and simple storyline of the cinema-documentary Price of Gold is initially disarming. Filmed on the bleak desert steppes of the Gobi in the southern region of Mongolia, it follows five illegal miners attempting to find a gold vein over a period of several months. Director Sven Zellner does not set the stage for the viewer by explaining the political and economic context of mining in Mongolia; in contrast to many documentary films, we don’t read any introductory text at the beginning. Background knowledge isn’t required, but nor is it given. We are led to the story blind-folded. Even as someone who does have a little prior knowledge of mining politics in Mongolia, I was caught off-guard by the lack of familiar contextualisation of the phenomenon of ninja mining. The blind-fold turns out to be this film’s stylistic piece de resistance, as we are invited to set aside any factual or fictional frames of ‘ninja’ miners as abstract characters of Mongolia’s gold rush.  Neatly dodging the dominant narratives of ninja miners – either as greedy ‘saboteurs’ of the Mongolian environment or victimised ‘losers’ of market-driven mining development – Price of Gold artfully provides a space for gold-diggers to articulate their own perceptions of being illegal miners. One common thread ultimately unites their reflections: survival.

The backdrop of the barren Gobi intensifies the sense of precariousness haunting their daily existence. As one of the bosses – Usukhuu Akh – says at the beginning of the film, ‘prospecting for gold is nothing but a gamble.’ A gamble starts sounding like a euphemism when we watch a miner – Khuyagaa – hunkered down at the bottom of a tunnel hand-dug into the slippery layers of Gobi sediment, quietly singing a song before connecting the fuse with the dynamite lead – ‘if they spark, you’re dead.’ Sometimes not all the leads detonate, so someone has to return into the tunnel to reconnect them, knowing they could blow at any moment. It’s unnerving watching Khuyagaa connect the lead with the fuse, aware as we are that Zellner is in the hole too, with his camera, risking his life with Khuyagaa. In a later interview, Zellner says ‘if I don’t share that risk with the gold diggers, I don’t have the right to make a film about them.’ At particular points it was relieving to remember that the fact that I have a film to review means they both survived. This time, anyway.

If the detonation is successful, the miners arduously remove the debris with shovels, hoisting buckets full of gravel to the surface with a rope pulley, going deeper and deeper into the earth. After the process of clearing a tunnel, the men are lowered with ropes into these dark passages. Who will cry for me if the rope suddenly breaks?’

Life in the Gobi is tough. The reality is that on a day to day basis there are no guarantees. As the men are lowered into the earth one has a hard hat, the other wears a hooded sweatshirt. The lighting is dim, and they argue about the location of the vein – ‘what a rubbish vein.’ It seems that Khuyagaa is correct in his assessment of what it means to be a ninja: ‘Ninja is digging blind in a hole, without having a clue. The mining companies have their analyses, how much is in it profit-wise… the ninjas extract gold today but not tomorrow.’

The physical risk of mining is not the only gamble ninjas make. It seems to depend upon the position of ninjas in the gang as to whether they bear the physical or financial risk of the venture. If they don’t find gold, the bosses take the financial hit. They supply food, shelter, basic tools and wages when possible and the workers do the grunt work of clearing the tunnels, detonating the dynamite and crushing rocks. The gang operates through a strange mixture of loyalty and threat, where bosses sometimes overtly threaten their workers with promises of retribution – ‘anyone who takes our gold will have his fingers hacked off by us’ – if anyone steals from the group’s find. Yet when the bosses make a loss and can’t pay their workers’ wages, the workers stay. They are a motley crew after all, unlikely to get well-paid jobs. Some used to be herders, others are ex-prisoners. The negative public perception of ninjas doesn’t help their marketability, but in Eegii’s words, ‘what can you do? You have to earn money somehow.’ It seems that the ninja miners are bound together in a struggle for survival, where threat and trust, fraternity and fear co-mingle. ‘It’s tough to stay, and it’s tough to go.’

The overarching structure of struggle within which the ninjas live, joke, wrestle and work, haunts Price of Gold. Even as the film gives us a glimpse into the ninja miners’ tenacious determination to strike gold and change their circumstances, the possibility of realising that dream seems as bleak as the desert horizon. ‘Dreams, dreams, dreams. They say dreams cost nothing. But today you have to pay for your dreams. I think you first have to find the money to make your dream come true.’

Dreams, dreams, dreams. They say dreams cost nothing. But today you have to pay for your dreams.

Towards the end of the film, the ninjas do strike a gold vein. Usukhuu Akh, the ringleader, grins and shakes a large rock in the air, triumphant: ‘one time you lose, next time you win.’ But how much is one ‘win’ worth? It might be enough to cover costs, enough to buy a celebratory meal in the city, enough to pay the workers some wages that month. But the viewer is left with a strong sense that the gambling will keep going, as long as the price of gold stays high and some Mongolians are poor enough to risk their lives to survive. 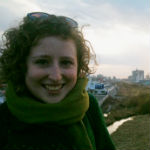 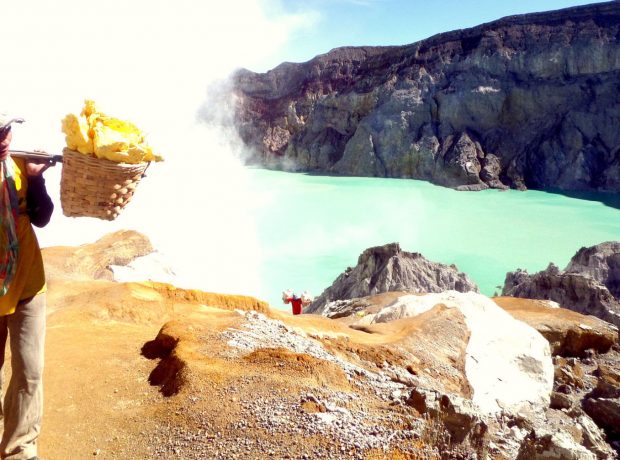 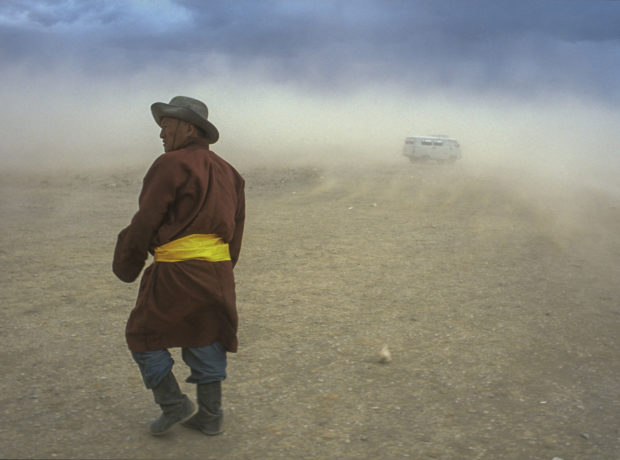