Beginning on September 20th, and continuing until the 27th, millions of people will be taking part in the Global Climate Strike, with over 4600 events being organised around the world. Timed to coincide with the UN Climate Action Summit on 23rd September in New York, it is set to be the the largest ever global mobilization against climate breakdown. And in what is being billed as a “movement of movements” by the organisers, it is bringing together many groups under the climate banner for the first time.

The strike has been inspired by Greta Thunberg’s protest outside the Swedish parliament in August 2018, and the Friday school strikes that followed. After several high profile strikes by students across the world, the call to action has now been cast wider. “This shouldn’t be just the children’s responsibility,” Thunberg has said. “Now, the adults also need to help us.” 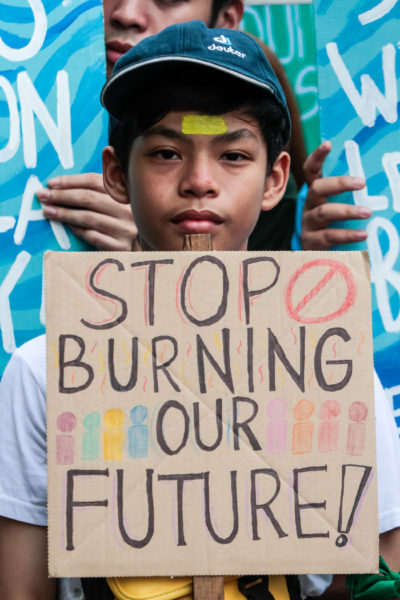 Young people remain at the heart of the movement. Leonie Wicke, 17, first heard about the school strikes when they spread to her home city of Frankfurt last October. Since attending the initial event she has become one of the principle organisers of Frankfurt’s September strike and the week of action that will follow. She believes that the students’ position is crucial to the movement’s success, because they lack the political baggage and entrenched beliefs that more established organisations bring, and so are able to unite the many different participating groups.

“People take us seriously, but we still have this bonus of being children,” said Wicke. “They’re excited about us organising just because we’re so young. This image of being naïve helps bring everyone together.”

There is a wide breadth and diversity of bodies coalescing, from doctors to faith groups, political parties to teachers. The message from strikers that we must deliver a sustainable economy to deliver climate justice has prompted many trade unions to join the actions, from the International Trade Union Confederation, to a range of national organisations in the US, France, Germany, South Africa and Italy’s largest union the CGIL – many of these unions are engaging with climate issues for the first time.

Didier Aubé, of the Union Syndicale Solidaires, will be joining the strike in Paris. He sees the strikes and mobilisations of the past year, as well as the demonstrations of the gilets jaunes, as having combined to draw links between the climate crisis and social issues, and thinks they will have moved many to take action on the 20th.

“We consider that climate change and the attacks on workers rights have a common explanation, and that is the capitalist system which exploits workers and destroys the planet,” he said. “We can only solve this by a radical transformation of society.” 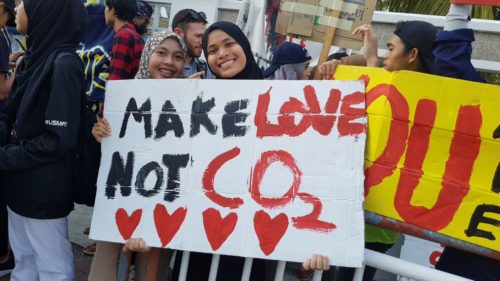 Part of that transformation involves a reconsideration of how money is distributed and invested. Mathias von Gemmingen will be joining the strike in Berlin. Gemmingen has been a member of Fossil Free Berlin since 2015, and has used his previous career in marketing to assist with their campaigns. They successfully persuaded the City of Berlin to divest their pension fund, moving more than 750 million euros away from fossil fuels, and they are now targeting the pension funds of the federal government.

“I have seen first hand that a group of dedicated and diverse people, without any formal position of power, can turn around an entire parliament. Simply by putting their hearts and heads together,” he said.

The resulting divestment has led to a portfolio that not only has a carbon footprint two-thirds lower than before, but it is also generating more revenue. Such successes have inspired others to follow suit.

Last week, the global divestment campaign announced that more than $11 trillion USD has now been pledged to be moved away from fossil fuels assets, much of it to be reinvested in renewables. In the same week, the European Investment Bank (EIB) – the European Union’s financial arm and the worlds largest public lender – met to discuss their new draft lending policy, which proposes ending the bank’s financing of fossil fuel production and infrastructure by 2021. A final decision by EU finance ministers is expected in mid-October. A move to abandon fossil fuels would send a powerful message to other investment funds around the world. Many of those taking part in the strikes in Europe will be targeting financial institutions with investments in fossil fuels, in a drive to keep up the pressure on those taking the final decision on the EIB’s new policy.

Implicit in the strike’s demands is that the climate crisis is addressed according to the guiding principle of climate justice. This recognises that some people bear most of the responsibility for causing climate change, whilst others stand to be disproportionally impacted.

Tonny Nowshin, activist from Bangladesh and 350.org diaspora organizer will be joining the strike in Leipzig. She moved to Berlin three years ago to study. Spending part of her time living in a country with one of the world’s highest emissions per capita, and the other part in one of the countries most affected by climate change, has given her a strong sense of the injustice at the heart of the climate emergency. She sees it as essential that this is recognised in any discussions around the mitigation of, and the adaptation to, climate change. Otherwise the current imbalance will be perpetuated.

“Justice cannot be partial,” she said. “All of these issues are interlinked. And this is a very good opportunity to emphasise that.” 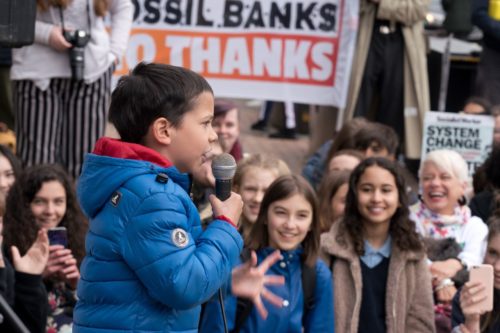 Her work lies in encouraging different diaspora groups in Europe to take part in the strikes, and she has been working alongside Bangladeshis, Africans and Syrians, amongst others. Strikes are expected in 150 countries, further emphasising the global demands for climate justice. Whilst activists in many countries have been campaigning on climate change for years, the groups have often failed to connect.

“You realise it is absolutely necessary to have solidarity across all these different movements,” said Nowshin. “Those we are fighting, the whole fossil fuel industry, the governments, they are all unified to maintain their status quo. Thus, it is all the more important that we join all our fights to become even stronger.”

It is in this mass mobilisation, the uniting of diverse voices, and through bringing many onto the streets for the first time, that Wicke believes governments will no longer be able to resist the demand for rapid, far-reaching action to tackle the climate crisis.

“If you’re a dentist, or someone in the economy, or a famous musician, I don’t care,” she said. “I don’t need everyone to start being a climate activist. But I do need them to feel a responsibility for acting on the climate, on whatever path it is they choose to take.”