From my home office window, I have a clear vantage point over the gardens of the bungalows behind. Some days when I’m sitting writing about human rights and social justice issues for my job, I am briefly distracted by the goings-on of the inhabitants of this neat little row of houses. One occupant attracts my attention more than the others.  She is elderly and lives alone. On long summer days, she spends hours outside, tending to the garden.  She ambles around lifting rogue weeds and watering her tidy flower beds; the kind of flower beds that put the rest of us to shame.  She often needs to sit down for five minutes between jobs.  Gardening must be hard work when you walk with a stick.

It’s not her gardening skills that particularly attract my attention, however. It is something rather more poignant. In the year and a half that I’ve lived in my house, I have never seen her with anybody else. Being an outside observer, and merely an observer of her garden at that, means that I don’t actually know whether my elderly neighbour is lonely.  Perhaps she hosts many a social event inside her house, away from my prying eyes.  But, and I would suggest that this is altogether more likely, maybe she doesn’t.

Loneliness is a serious, and worsening, issue in our ageing society. Many factors have converged to exacerbate the problem: people are living longer and thus often face long twilight years alone if their partners pass away; social media is gradually chipping away at the concept of community; and loneliness can be seen as something of a taboo subject, that can be hard to admit not only to others, but also to yourself.  The decline of institutions, such as churches and social clubs, is also a contributing factor, along with a corresponding increase in private, as opposed to public, transportation.

Whilst the issue of loneliness affects people both young and old, the elderly remain particularly vulnerable. As Age UK reported in 2014, 1 million older people in the UK feel lonely all or most of the time, and the same number go for days without seeing or talking to anyone else. Longer lifespans mean that people often outlive partners, extended family, friends and even children.  Older people, and particularly those coping with the loss of their partner, may struggle with the feeling that they are no longer loved or needed; that their life no longer seems to have a purpose. People who are lonely may have plenty of companions to do something with, but nobody to do nothing with. Nobody to simply be with.

Loneliness is not simply a distressing condition for those experiencing it, but has proven health risks. Those who are isolated are twice as likely to die prematurely, with the increased risk being comparable to that from smoking.  Loneliness furthermore increases the risk of other serious medical conditions, including, amongst other things, heart disease, dementia, arthritis, diabetes and depression.

Every so often, a media campaign sparks interest in this issue. The seemingly now iconic John Lewis Christmas advert featured, in 2015, a grandfather on the moon being sent a gift by his distant granddaughter who was viewing him through a telescope. In partnership with Age UK, it was intended to highlight the issue of loneliness at a time of year that can be, for many, particularly isolating. It arguably had some effect at the time. People talked about the advert, shared it on social media and indicated that it had made them think about the issue more than they normally would have. One Age UK representative noted at the time that ‘due to the recent media campaigns about isolation and loneliness in older age, there has been a great deal of interest in our Befriending service’.

Media campaigns can have a powerful impact, but that impact tends to be short-lived. The 2016 John Lewis Christmas advert features a dog jumping on a trampoline. People are likely to have stopped talking about the issue of loneliness in old age.

So, what can be done to stem the tide of loneliness?

Human rights exist to protect the fundamental aspects of humanity that are necessary in order for people to lead dignified lives. They protect the various elements of personhood essential for achieving a minimally decent life: the right to healthcare, to work, to leisure, to an adequate standard of living, and so on.  Isolation and loneliness are not typically terms that come up in discussions of human rights. Yet, in order to lead a dignified and minimally decent life, one surely needs to be free from the crippling grasp of loneliness?

Whilst they are few and far between, there are provisions in the human rights regime relevant to isolation and loneliness. For example, the right against social deprivation, included within the European Social Charter, denotes ‘the right to protection against poverty and social exclusion’.  It therefore relates not only to the right to be free from poverty, but also the right to an adequate level of interpersonal contact and social inclusion.

In some extreme instances, it is not difficult to see that this right is not being met. When prisoners are kept for long periods of time in solitary confinement, for example, the likely impact is obvious. Similarly, when young children are deprived of social interaction, and thus fail to develop language and interpersonal skills, this right has clearly been violated.

But what about when an elderly person has had no contact with another person for days on end?

Social exclusion can have dire consequences, physically and emotionally

Social exclusion can have dire consequences, physically and emotionally, and therefore should the government have a duty to facilitate meaningful social interaction? The state has obligations to ensure that other aspects of social wellbeing are adequately protected, for example the right to healthcare, housing and leisure. It doesn’t seem too much of a stretch to argue, therefore, that it ought to ensure that people are not living in conditions of chronic isolation.

The problem, as with most other human rights issues, is of course enforcement. Is the state realistically able to compel, or even to encourage, social interaction for those that face loneliness?

This is perhaps the wrong question to ask, however. Through providing relevant services that are well-publicised and easily accessible for those who would benefit from them, the state would at least be contributing towards solving our loneliness epidemic. Instead of leaving the issue to charities and NGOs to address, a national programme offering reliable and well-funded services could help to alleviate a problem that is only set to worsen as our population gradually ages.

Viewing social exclusion as a human rights issue may provide the leverage necessary for the issue to be taken seriously. Media campaigns that tug at the heart strings over the festive period, and are promptly forgotten come January when the tinsel and turkey are slowly fading memories, are not enough. Human rights obligations, whilst not always fully respected by governments, do not come and go with the changing political, social and economic tides. They are monitored and, where governments are failing to meet required standards, pressure is applied at the regional or international levels.

Loneliness is an epidemic. This festive season I’ll find a reason to knock on my elderly neighbour’s door. I’ll make up an excuse; perhaps asking for some winter gardening advice. But small acts of kindness cannot alone stem the tide of loneliness. If governments are not willing to take it seriously as an important societal issue, perhaps it’s time for the human rights regime to pick up the mantle. 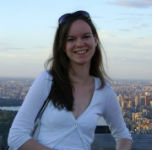