Neoliberal discourses tell people how to behave and what to believe in, often along a dependence/independence binary. These discourses offer an explanation for an individual’s poverty and dissatisfaction, while simultaneously demanding behaviour and producing structures that create and further the insecurity of many – including the individual. ‘Reliance’ on welfare is inappropriate, passive, and feckless, so the narrative goes.

It tells you that you are a ‘skiver’ and that you can’t have support anyway, because the welfare budget’s been cut. But, there’s no need to worry. By exhibiting a work-orientated personality and enthusiasm for employment and self-management (“YouInc”), you can resolve these problems. Even if the job contract is zero-hours, low-paid, or demeaning, one day you will be ‘successful’ if you want it enough. Try not to dwell on the contradictions of your receipt of in-work benefits because they might be cut.

This is an individualising narrative. It attempts to obscure systems and a systemic understanding of power through its focus on the individual, eliding connections between individuals, both within and across spaces. These neoliberal narratives are deeply gendered. One significant set of interdependent connections made invisible by neoliberal discourses are those that characterise unpaid caring work, which across Europe is largely performed by women. Care is a key determining factor in the lives of my research participants, but affords them little protection from – or even makes them more vulnerable in the face of – austerity measures and the compulsion to be employed, as the value and necessity of their unpaid caring labour is not computed by neoliberalism.

Through some examples from my own research, I show that individuals are not self-reliant – that we all live through relationships of interdependence, whether on other people or on social structures. The ‘independence’ suggested as an ideal by neoliberal narratives is only obtainable at certain levels of abstraction, and beneath the image of ‘each sovereign or autonomous worker, consumer or citizen is a dependent human being’ (Dependency Culture, The Explosion of a Myth, p. 173).

There are many ways in which neoliberalism functions, and its ideas often co-exist with already prevalent discourses. My research focuses on the Czech Republic. One aspect of neoliberalism that is interesting in a Czech context is its temporality – how the future is postponed, and how this is a discursive mode through which the negative effects of austerity are normalised.

This has particular power in post-socialist economies, where for the past 25 years efforts have been made to normalise rapid economic and social ‘transition’ to a market-based economy, explaining away the poverty and loss of security that many have experienced since the 1990s with the idea that ‘pain’ is a necessary part of the journey from state-socialism to capitalism.

In 1989, Czechoslovakia’s communist regime collapsed after the ‘Velvet Revolution’. The first democratic elections were held in 1993, in what had become the Czech Republic after a peaceful ‘Velvet Divorce’ from Slovakia. The Czechs were hailed as having embraced rapid ‘shock therapy’ market reforms – privatisation, removal of price and currency controls, cutting back state and welfare expenditure, trade liberalisation – such that the then President Václav Klaus (proudly) earned the moniker ‘the Margaret Thatcher of Central Europe’. Despite a major macro-economic crisis in 1997, there remained – rhetorically – no alternative to the pursuit of neoliberal capitalism. In 2004, the Czech Republic and a number of other post-socialist states joined the European Union, their transition to market-based democracy assured.

A new approach to gendered poverty

The European Union privileges a work-orientated form of citizenship, an approach I view as neoliberal. The EU 2020 Strategy gears most of its poverty reduction and social equality aims towards its wider economic goal of full employment. One way of implementing this is through civil society partnerships.

I met a group of ten single mothers all working part-time on a six-month partnership run by the European Social Fund project, broadly aimed at increasing their employability. The experiences of these women, and what they had to say about their lives, has convinced me that both the EU and the Czech government need to reconsider their approaches to work, gender and welfare.

First, some caveats: whilst I emphasise here the ways in which post-socialist legacies can be exploited in a neoliberal context, I do not want to suggest that the Czech Republic (and other post-socialist states) are oddities ‘lagging behind’ Western European states, a paler imitation of more established capitalist systems. The Czech Republic has experienced many of the same economic problems that other European states have since the 2008 economic crisis, such as under/unemployment, wage stagnation, rising inequality, rising poverty levels, and political dissatisfaction.

By critiquing neoliberalism, I do not disregard the injustices and failures of 20th century communism. But post-socialist legacies cannot be assumed to be wholly negative. Czech poverty levels are among the lowest in Europe, largely due to a high rate of social transfers (i.e. welfare). One explanation for the presence of this relatively comprehensive system could be that, despite its market-orientated rhetoric, the Czech government is aware of its citizens’ expectations for sociální jistota, a range of social assurances once offered by the socialist state.

However, these social transfers have increasingly been presented as unaffordable, with reference to the recent European economic crisis, fostering a perceived lack of available funds, which could better be understood as an ideological aversion to the deficit-financing that often provides (temporary) revenue for social infrastructure. Linda Sokačová provides an excellent summary of recent austerity measures, as do the writers of recent Social Watch reports on the Czech Republic. Poverty and inequality are increasing in the Czech Republic, and the single mothers that I worked with experience this first hand.

The appropriate neoliberal response to poverty is to find work or, if you are already employed, to find a better paying job. The forms of employment that these women can engage in are curtailed by their caring responsibilities. All of the women I worked with expressed strong and positive orientations towards work, but their situation as single mothers was a huge limiting factor on their ‘employability’:

‘Unfortunately, sick kids take me by surprise, and then I cannot work.’

‘My hopes for work are limited, while I don’t have any help and I can only work in the mornings, and only somewhere near to my house.’

The Czech Republic does not have sufficient childcare services for its population – just 3% of children under 3 are in formal childcare, and the government shows little interest in investing in good quality and affordable provision. Childcare services are one route to resolving the underemployment of mothers, but the outsourcing of childcare responsibilities is not a full conversation about gender inequality: it does little to resolve the gendered distribution of household labour or women’s lower wages, and outlines an androcentric way of living that rejects tasks associated with women, in favour of an implicitly male ‘citizen-worker’.

Is there a way to articulate gender equal forms of economic independence without valorising men’s traditional sphere – employment – and simply asking women to fit in with that? Or is this proposition skewed, glossing over the fact that few people are fully ‘independent’ anyway?

Many of the women I worked with talked about complex relationships of interdependence – some of which were uncertain or in flux – including, often reciprocal, reliance on family, friends and former partners:

‘I rely on my mother, at the moment, she is not working; on Sundays the kids are with their father. Then sometimes they sleep at his grandad’s. I don’t have any friends who could babysit. In return, I pay for my mother’s accommodation and living costs – food, tram pass.’ Sabina

‘For me there is a lot of help from my family, who I live nearby with my son. Their help is 100%. In return, I help them care for my youngest sister, who has a psychological illness.’ Kamila

‘My friends help me the most. Family not much, they are reluctant.’ Beata

While Dana expressed a desire for greater interdependence:

‘I would like to rely on people, but for the most part no one can help me.’

This expression offers a route out of the valorisation of ‘independence’ that is coded into contemporary neoliberal narratives and the welfare systems constructed around them. Dana’s experiences have not led her to problematise dependence on welfare or on others as a personal failing, but instead to view these relationships as having emancipatory potential. If we begin to understand people’s lives as built around relationships of interdependence, then we may be able to articulate a social and economic agenda which can more fairly address gendered problems of poverty – and this can be a strategy of resistance and new responses.

The meaning of work and welfare

One way neoliberal austerity functions is by designating the unemployed, the welfare dependent, and increasingly the ‘economically inactive’, as the socially abject.

Why is it so awful to be unemployed? Why is it wrong to claim welfare, in the long or short term, and what do we identify as ‘welfare’? Why is paid work so important, and why does this importance go beyond its economic value? Why is caring labour not viewed as a valuable contribution, despite evidence to the contrary?

Whatever your answer to these questions (and there are many different responses) they need to be asked as a way of exposing ‘the fact that at present one must work to “earn a living” is taken as part of the natural order rather than as a social convention’. Work – what is seen as meaningful work, what is accorded economic value – is a construction.

Under communism, the meaning of work was overtly politicised: serving the state through paid work in the formal labour market was declared a duty. ‘The Soviet Man’ was a worker, as was ‘The Soviet Woman’ – but she was also responsible for domestic labour, a comment on ‘separate spheres’ that exposes the gender-specific identity of ‘the worker’. In what ways might these legacies alter Czech peoples’ receipt of neoliberal imperatives to work?

We can learn a lot from this history – it exposes how work is another arena in which politics plays out, beyond the individual wage transaction, and can help us understand how neoliberalism functions through politicising the meaning of work by simultaneously normalising it as a gender-neutral, de-politicised activity.

In the 1990s, during ‘economic transition’, the Czech Republic set up its first unemployment offices. It is ironic that a neoliberal system, which penalises unemployment is also a system that creates swathes of it.

All of the single mothers that I worked with had previously claimed unemployment benefits. Many of them had negative experiences at the Úřad Práce (job centre), some of them had positive ones. A lot of them felt unhappy claiming welfare, but recognised its necessary role in their lives, especially while they were the sole or main carers for young children.

Recognising human interdependence as a fact of life, can help us to begin thinking about how to construct alternative systems that acknowledge and support, rather than penalise and ignore, interdependent relationships. An unconditional, universal basic income is one possibility. But the narratives through which neoliberal austerity functions have shut down these conversations, relying instead on narrow descriptions of life and a subsequently narrow set of political imaginaries. By learning from the experiences of people who are caught up in this system and who want to live in other ways, we can open up new possibilities for resistance and change. 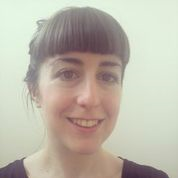