I’ve spent the past six months speaking with people from Black/Asian/minority ethnic (BAME) communities (who non-partisan think tank British Future estimate could make up around 10% of the electorate) about the upcoming EU referendum in Britain.

Of course, our BAME communities are not homogeneous masses, but I’ll attempt to present an anecdotal slice of the debates that are being conducted within them. These conversations exist in contrast to broad brushstrokes brouhaha of the official campaign groups, whose slippery facts and figures for the most part focus on security, big business, Britain’s position on the world stage, and of course immigration – predominantly from the perspective of shutting people out.

A British Election Study of 22,000 people revealed that BAME voters want to stay in the EU by a margin of two to one, and that in contrast white voters are currently neck and neck on the issue. According to the poll, whilst 80% of white voters are likely to actually cast a vote, in BAME groups the turnout likelihood is 20% lower. So, ethnic minority voters could tip the result towards Remain – if only the campaign messages were as compelling and seductive to us as they are to our white counterparts.

It wasn’t until late April that we finally saw a spate of coverage waking up to the importance of the ‘black vote’ (see articles in The Voice, BBC, and The Times). On 9th May Chuka Umuna signed a letter, alongside nineteen other Labour ministers, outlining the great benefits that the EU has brought to minority communities in the UK.

Writing on the US Presidential elections, Black Lives Matter co-Founder Patrisse Cullors said “Black votes matter […] but not black lives”. Considering the way in which the EU referendum circus has been conducted in the UK, can we even say as much?

On 17th May, Channel 4 broadcasted a live ‘Minority debate’, exploring BAME perspectives on the referendum. The most contentious and hotly debated issue was that of Britain’s relationship to the Commonwealth.

There is unequivocally a substantial difference in treatment of EEA and non-EEA migrants in the UK – although arguably, successive immigration legislation and a culture of hostility towards all migrants is working hard to close this gap.

A report published by the Runnymede Trust in December 2015 (‘This is Still About Us’)  comments that, “Some [BME communities] view Europe in explicitly ethnic or racial terms, identifying ‘Fortress Europe’ as a way of keeping out non-white immigrants while allowing significant levels of European migration”.

Some point towards the difference in scale between migration ‘then’ (in the ’50s and ‘60s) and ‘now’. The idea that newer migrants arriving in the UK should receive the welcome that Commonwealth migrants would have liked to experience half a century ago has, for some, fallen by the wayside.

Speaking at the Channel 4 ‘Minority Debate’, Harsimrat Kaur of Women for Britain proposed that, “Anyone should be able to come to Britain, regardless of what passport they hold”.

Within BAME communities, this feeling of ‘unfairness’ was incredibly pervasive; Kaur advocates for universal immigration controls for all migrants to the UK, with entry permitted based on individuals being able to fill skills gaps – a shift towards the much-lauded ‘Australian’ points-based system.

Lee Jasper, Co Chair of Black Activists Rising Against Cuts (BARAC) and National Executive of Movement Against Xenophobia (MAX), emphasises that when Brexiteers talk about forging closer links with the Commonwealth however, they have Australia and New Zealand in mind, and not Pakistan and Jamaica. In fact, Pakistan and Jamaica have been ‘white list’ countries, for many years. Until very recently, people seeking asylum in the UK from ‘white list’ countries were automatically put on Detained Fast Track, a scheme which rushed through asylum claims. 99% of those cases were deported. The reasoning behind this was that people seeking asylum from their countries were less likely to have ‘credible’ claims.

Free movement for all?

Conversely, a broad group within the BAME demographic are supportive of free movement rights, many of them having enjoyed European travel, and perhaps an ERASMUS study abroad programme as part of their University degree.

This opinion manifests in a pro-European sentiment, which is highly represented in the 18-24 age group. Individuals in this segment were not born when the last EU referendum was held in 1975 and so axe-grinding about ‘broken promises’ is unlikely to chime with them.

The issue of free movement is far more complex for BAME communities than public discussions are representing. Many BAME people are asking themselves: who benefits from free movement? All Europeans? Or just white Europeans, at the cost of the most militarised borders in the world around its periphery?

The Runnymede Trust report revealed that BAME people living in Britain are “less likely to take advantage of free movement within EU borders”, and that if they do cross internal EU borders they experience a high incidence of racial profiling and harassment. At the same time, many acknowledge that passing the buck to another migrant group (in this case- EU migrants) is unlikely to solve deep-rooted social and economic issues.

BAME communities have experienced violent racism since the early and mid 20th Century, and are aware of how arbitrarily the tide of favour can turn. Indeed, despite the warm sentiment of David Cameron’s 2013 Bloomberg speech, migrants from the exact Central and Eastern Europe (CEE) countries he claimed to be ‘providing a haven for’ now bear the brunt of his accusations that Eastern European migrants are ‘abusing’ benefits. In reality, Britain’s economy has profited handsomely from EU immigration in the past decade: between 2001 and 2011, European immigrants from the EU-15 countries contributed 64% more in taxes than they received in benefits.

The case for Protectionism

There is substantial concern within BAME communities about the ‘big issues’ which are currently being clumsily batted about by David Cameron: jobs, the economy, and security. Many within the BAME electorate hold concerns about what EU membership means for their family, and future generations.

Stats about how much Britain is paying to Brussels every minute, and news coverage of MEP expenses scandals are unsettling. Anxiety around EU migrants ‘taking British jobs’, whilst ill-founded, is a perceived threat for people who are struggling to secure employment, particularly for young BAME people for whom unemployment rates have spiked by 50% in the past five years.

The Runnymede Trust reported that “Where BME people are concerned about levels of immigration, this is more likely to focus on the fairness of benefits, or the pressure on social welfare policies”. The attribution of wage depression to EU migration, rather than to the global financial crisis and poor economic recovery aligns well with isolationist and laissez-faire Conservative government policy around migration and welfare, rather than being situated in reality.

BAME populations are not necessarily broadly pro-migration, and consequently the ‘In’ campaigns which are flying the flag for freedom of movement and thinking the BAME vote is ‘in the bag’ actually can’t afford to rest on their laurels. Bear in mind that more than 25% of the eligible electorate in 2015 were born outside of the UK, and yet the country (well, some of us) still voted in a boldly anti-immigration Conservative government, giddy with plans to ramp up border security, and restrict the rights and benefits of migrant workers.

Another dimension rarely discussed was revealed by a 2013 publication by the Department for Communities and Local Government which reported that aspiration to start businesses within BAME communities is 20% higher than in white communities. That converts to around 7% of Small and Medium sized Enterprises (SMEs) being owned and managed by BAME people.

Business owners and investors are currently holding off making key financial decisions in the UK, as they are anxious that a Brexit might generate restrictions on the UK’s trade or have a negative impact on the pound. There is a general feeling that if Britain can’t be sure of negotiating a trade deal with the EU that is as good as what it has at the moment, why leave the EU at all? Polling shows that the majority of SME owners (85% in fact) would prefer to remain in the EU.

A call for democracy

But equally many people within the BAME community feel excluded from the so-called democracy of the EU, and people in the UK feel the least informed about its processes than in any other European member state.

In Novara Media’s #Lexit (left-wing #Brexit) debate, lecturer and writer Anindya Bhattacharya described the EU as a “labyrinthine bureaucracy with a coating – a veneer – of democracy”. Some of the criticism aimed at the EU from both sides has been around its ‘democratic deficit’, the fact that a gaping chasm exists between the ‘ordinary citizen’ and the European Parliament, possibly because of a perception that the Parliament’s method of operating is overly complex.

Many people in Britain’s BAME community have long felt unrepresented in and shut out of political processes, and as a consequence at least 20% of eligible BAME voters are not registered to vote. BAME people, who do not see themselves and their interests reflected in political leadership are less likely to trust political processes, and more likely to experience dissatisfaction and alienation during national votes, as recorded in a  2014 report by the Select Committee for Political and Constitutional Reform.

British Future emphasises that ‘participation’ will be a critical aspect of a referendum which is good for Britain; one in which as many people as possible are involved in voting.

Civil society groups such as Bite the Ballot are calling for a ‘Third Campaign’ to tackle this ‘democratic challenge’, with the goal of maximising participation among ‘low turnout segments’ such as young people, unskilled workers, rural voters, BAME communities, and women who didn’t go to university.

The best way for the referendum to be as democratic as possible is if lots of people turn out to vote. At the moment, a large portion of the electorate – possibly up to 10% – are not having their concerns and needs addressed, and an uninformed and uninvolved electorate is, of course, not democracy at all. 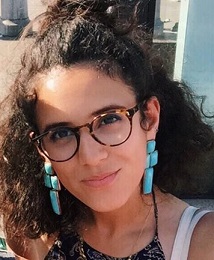