The Women’s Budget Group is a collective of feminist economists, researchers, policy experts and activists working towards a vision of a gender equal society where women’s financial independence gives them greater autonomy at work, home, and in civil society. Below they provide the first in our series of ‘Perspectives on Prosperity’.

Choice, not an imperative

The economy is recovering, or at least this is what we are told. Unemployment is falling, inflation is low and the country’s debt is finally diminishing. So we can all look forward to reaping the benefits of forthcoming prosperity, right? Well not quite.

Amid talk of recovery the Women’s Budget Group (WBG) fears that entrenched problems affecting the employment and financial wellbeing of women remain unsolved. This could roll back decades of gender equality gains made in the workplace and the home.

For more than a decade WBG has assessed each UK government’s budget, Autumn Financial Statement, and other spending decisions around social security and public services. Since June 2010, austerity policies have reduced employment opportunities for women, who make up the majority of workers in the public sector where wages have been frozen and jobs lost, and make it harder to combine earning a living and taking care of families.

The Treasury says that “we are all in this together” yet research published recently by the House of Commons Library showed that 80% of the revenue raised through changes in the tax and benefit strategy since 2010 has come from women’s pockets. For the first time in five years the gender pay gap has widened. Women’s unemployment is still 50% higher than its pre-crisis level (men’s is 41% higher) while long-term unemployment for women continues to rise overall and at a faster rate among women than men.

Overall the government’s austerity measures have exacerbated inequality between men and women and this does not arise from any economic imperative but reflects a policy choice.

That choice is eliminating the deficit through an austerity programme based on 90% spending cuts and 10% tax rises. These two instruments, raising taxes and reducing expenditure, both have unequal gender impacts. As men tend to earn more, raising income taxes will have a greater impact on them whereas cuts in public spending have a greater negative impact on women, who are more likely to use public services, claim benefits and work in the public sector.

So what would a fairer, gender equal recovery look like?

To ensure a balanced and sustainable economic recovery that includes women, enabling them to be financially autonomous, we need a Plan F, a set of feminist policies to create a balanced, caring economy.

The role of women as carers lies at the heart of economic inequality. Women are far more likely to do unpaid or low paid care work, and do more of it, than men, which impacts their lifelong earning ability. In order for both men and women to benefit from prosperity, a shift in culture and government policy is needed to ensure that those who care are not financially penalised. Unpaid carers, 57% of whom are women, save the government billions of pounds yet remain some of the poorest in our society.

Childcare looks increasingly to be a hot topic around the election with each party vying for the women’s vote. But thus far, addressing childcare measures has focused solely on the demand side by giving greater financial support for parents. There is a concern however about increasing demand without increasing supply. The government’s measures have not addressed spiraling prices where the cost of childcare has risen way above the rate of inflation. One way to tackle this is to invest in a public childcare service, building on existing Sure Start Centres and the provision of nursery classes within primary school.

A fair recovery must also address the economic disadvantage of single female pensioners. Our analysis has shown that the combined impact of all tax benefit measures introduced and implemented by the coalition government will be most detrimental to this group. Women are more likely to have caring commitments, which will restrict their employment after the age of 60, and are less likely to have accumulated pension wealth in private pensions, and therefore have less financial protection available to them if they are part-time employed or unemployed during the years leading up to their receipt of a State Pension.

A balanced and equal economy can be built by investment in social infrastructure, such as education, health, and child and social care services, alongside spending on public transport, green energy, and other physical infrastructure. Social infrastructure investment generates many more jobs for women and counterbalances the predominantly male job creation opportunities of current policy.

In particular, the WBG suggests that the creation and state-funded maintenance of high quality child and social care provision would have an immediate, positive impact on the economy. The high cost and low quality of current care provision is another barrier to women using their skills in the labour market, at great, and ultimately unsustainable, cost to the economy. To ensure economic recovery is broad based and benefits lower and middle income groups as well as the higher income groups, it is essential that women’s labour force participation rate rises.

The investment in social infrastructure can be financed through imaginative and fairer forms of taxation. This can be done by taxing wealth more effectively using policies such a mansion tax, or through the revaluation of properties to make council tax more progressive. The WBG would also like to see a financial transactions tax introduced, and rules on tax allowance revised, together with a far more effective and ambitious crackdown on tax avoidance and evasion.

Equality in recovery will not be achieved unless a fairer balance of spending cuts and increased taxation is achieved. Supporting carers both paid and unpaid will ensure women’s economic autonomy and a more prosperous economy in the long run.

For more information on the Women’s Budget Group visit www.wbg.org.uk or email admin@wbg.org.uk 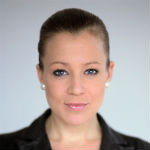