“I was investigated at school by the government’s anti-radicalisation programme.”

This article was written by the winner of the University of Warwick’s second annual Writing Wrongs School’s Competition, run by the Centre for Human Rights in Practice. It was reworked during the winner’s internship with Lacuna Magazine.

Throughout my whole school life – primary, secondary and now, in sixth-form – I’ve always tried to stay out of trouble, and I succeeded, until this year.

In my first term of studying for A-levels I joined the Writing Wrongs programme where tutors coached me to produce an essay on the topic of “identity”. Having an interest in psychology, my initial proposal was an article investigating whether identity is more influenced by environment or genetics – the age-old “nature versus nurture” debate.

My intention was to link it to current events, asking: “Why do terrorists terrorise? Is it influenced behaviour or innate?” I knew it was a controversial topic, but I hoped to show the absurdity of the myth that extremist behaviour flows through the bloodstream of Muslims as a minority.

Understandably my research resulted in my internet history at school filling up with searches for “terrorists” and “terrorism”. In between my internet searches (and without me knowing) one of my classmates had gone onto my unattended computer to search for images of a “woman suicide bomber”, thinking it would be funny. The result? A teacher called me out of class, led me to an office and sat me down.

Despite knowing my own innocence and being constantly reassured by the teachers who were leading the investigation that I was “not in any trouble”, I felt every part of me disregard those words.

My school was implementing CONTEST, a UK counter-terrorism strategy developed by the Home Office in early 2003, aiming “to reduce the risk to the UK and its interests overseas from terrorism so that people can go about their lives freely and with confidence”.

The CONTEST strategy is divided into four areas known as “the four P’s”: Prevent, Pursue, Protect and Prepare. The purpose of “Prevent” is to stop people from supporting or becoming involved in terrorism, in any and every form.

The strategy is used in early engagement to challenge violent extremist ideologies and behaviours across a “wide range of sectors (including education, criminal justice, faith, charities, health and the internet) where there are risks of radicalisation which we need to address”.

Because of stories of investigations and accusations, the Prevent strategy has become very familiar to and widely recognised by British Muslims.

When questioned at school, I was extremely reluctant to reveal the name of my classmate who had searched for the images of female suicide bombers. They were, and still are, a good friend to me. The investigating teachers, however, suggested my friend’s actions had been racist and bullying, questioning why I had tolerated such behaviour.

They continued this discussion regarding the “oppression” of young Muslim women like myself, saying that I should never tolerate such behaviour, ever, even if it is a joke.

I had been going to this school for over six years and my strong personality and outspoken nature was well known. The teachers kept questioning why a “bright girl” would allow herself to be treated this way.

It was then that I started to realise how ironic it was that two white women were sitting in front of me and telling me how I should feel oppressed and why.

I did feel oppressed though; not by my classmate’s practical joke, but by the accusation being held up against not just me, but every Muslim in the UK.

After a long morning of questions and explanations I was eventually told that I would not feature in the official figures of the Prevent strategy referral reports for this year.

Those who investigated the case sincerely apologised to me. Despite this, I couldn’t help but feel bereft afterwards, lacking in something that I couldn’t put my finger on.

In the following weeks, the feeling of disheartenment grew. I lost focus and motivation to continue my proposed essay on the psychology of terrorists for the writing programme. 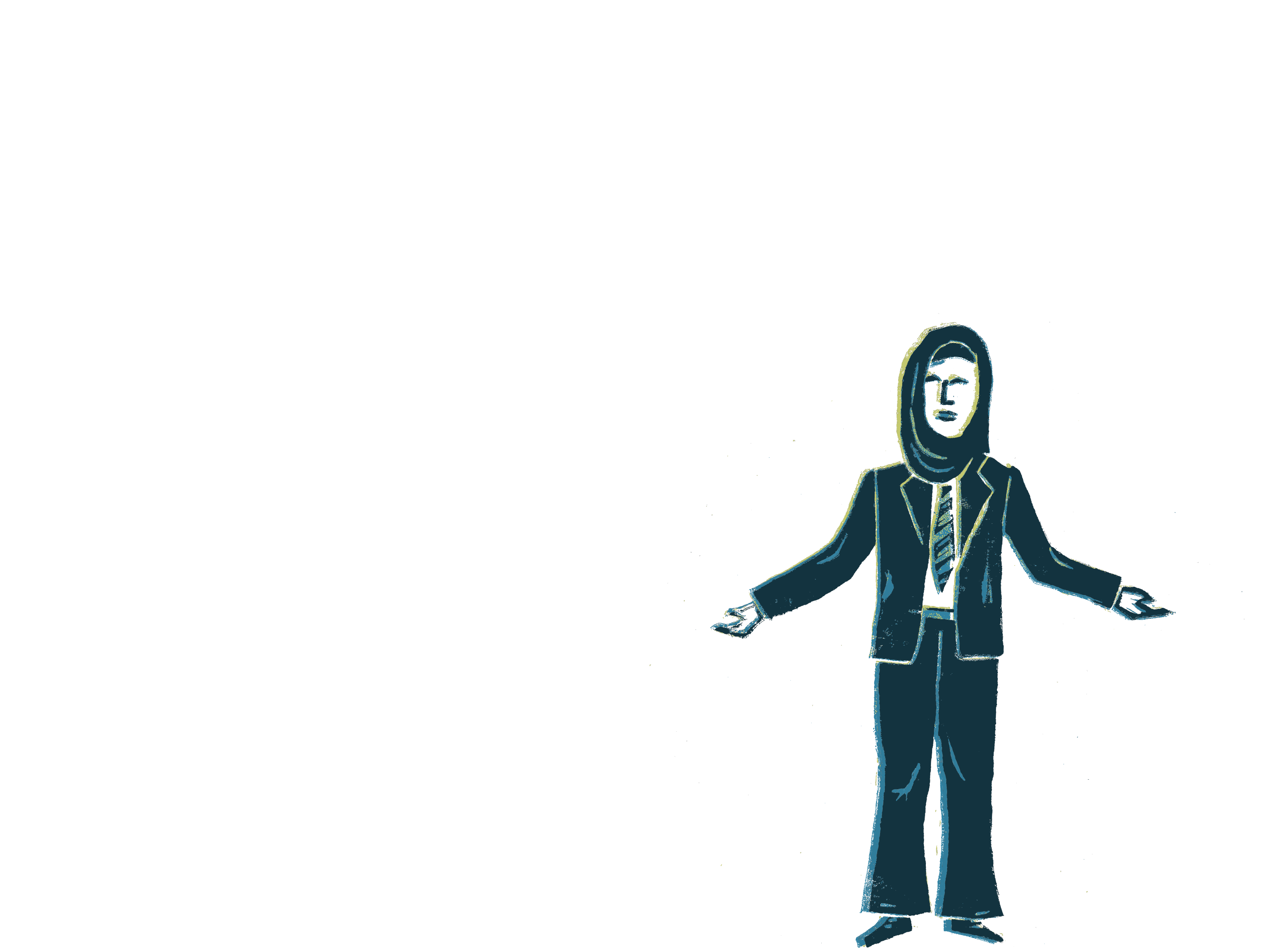 Official figures show that in 2014, 1,681 people were reported to the Channel programme, an early intervention process constructed to safeguard those vulnerable from being influenced by extremist and terrorist behaviour.

A year later the figures increased to 3,955 people – averaging 11 people referred through the Channel process every day.

A Freedom of Information request revealed that of these 3,955 people referred in 2015, 788 were referred in the West Midlands (the only region for which a breakdown of data was provided).

Back at the Writing Wrongs programme, a journalist asked us to brainstorm the different reasons why people wrote. “Social awareness,” I recall one girl suggesting. “Passion – out of anger perhaps,” added someone else. And that ignited a spark in me. I decided to change my essay topic.

I went back and restarted my research on the Prevent strategy and the Channel process. Statistics and stories were swamping my notes, but I managed to find one personal account that I was particularly moved by.

Rahmaan Mohammadi, a 14-year-old (now 19) Muslim student from Luton, was trying to start a Palestine charity appeal, hoping to raise money for humanitarian aid. He proposed the idea to a teacher – his principle – but “he grinned about it and said ‘are you sure the money isn’t going towards ISIS?’”.

Later, Rahmaan’s mother called him, saying that the police were at their home, and to return as soon as possible. When he did, the student opened his front door to see “two big men – very intimidating”, but noted that what he found more intimidating was the folder in their hands with his name and date of birth labelled on the front. It was then he realised that he was being monitored.

After listening to Rahmaan’s story, that same feeling that we had agreed was a primary incentive for writers to write became present within me – anger.

In my case, the misinterpretation was at least understandable. Apparently searching for women suicide bombers on the web will provoke attention. But why should a young student be falsely accused of acting on behalf of a terrorist group when he only wanted to assist those in need?

Why are innocent children barely at the age of nine being targeted for heinous acts that are nothing to do with them?

A thin thread connected Rahmaan’s experience to mine – the emotional repercussions that resulted from the investigations against us.

An empty feeling comes about from experiences like these, and to think that there have been so many others – younger than me (16) – who have been put in a corner and isolated, and subjected to the wary, judgemental eyes of people who are supposed to protect them.

The aim of this counter-terrorism strategy is: “to reduce the risk to the UK…from terrorism, so that people can go about their lives feely and with confidence.”

Using “people” as a general term is ambiguous: who does this actually refer to? Apparently British Muslims are not included as it feels like every step they now take in life is on thin ice. How can anyone possibly “go about their life freely and with confidence” whilst constantly being seen, even as a child, as a potential threat?

Though strategies to prevent violent extremism and terrorism are understandable, particularly in the wake of terrorist attacks, these strategies mustn’t also encourage Islamophobia and stereotyping. And significantly more sensitivity is needed when accusing children of some wrongdoing on the flimsiest of evidence. The danger otherwise is that in trying to prevent one injustice, we cause another one, more widespread, to take hold. 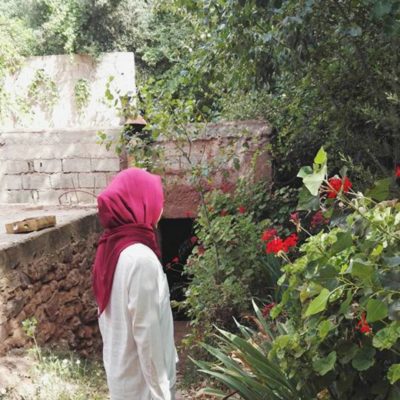