While #MeToo has sparked public debate about sexual harassment, victims of sexual harassment in the workplace are often still silenced. Dulini Fernando has interviewed women across industries, from engineering to academia, to ask whether managers, HR personnel and colleagues can be complicit in silencing victims and creating a safe space for perpetrators.

The #MeToo movement has led to women the world over coming forward with stories of harassment. This issue is not confined to a single company or industry. It is an endemic problem which spreads far beyond the cases of sexual abuse that hit the headlines sporadically.

In my research, I have spoken to women in many industries who have suffered some form of sex-based harassment in the workplace – from sectors that are much more male-dominated like engineering to more supposedly “enlightened” environments such as academia.

Sex-based harassment includes sexual harassment, but also encompasses other forms of behaviour that demean or humiliate someone on the basis of their sex, such as sexist remarks, harassment during pregnancy and post birth and gender-based bullying.

For example, Jen*, a junior engineer, described her frustration that some of her male colleagues saw her first and foremost as a potential date:

I had a lot of men casually asking me out. They would say: ‘Could you help me with this? And by the way, shall we go for a drink?’ I got annoyed that they assumed that because I was a girl I was up for grabs, even though I was at work.

One of her colleagues, Hillary, said she walked a fine line when talking to male co-workers:

If you’re too friendly they might see that as flirting. If you’re not friendly then you’re a bitch. It’s very difficult, when I thought I was just being friendly I heard I was being accused of being flirty.

The #MeToo and Time’s Up movements have not only thrust the issue of this kind of harassment into public consciousness, they have also highlighted how victims are all too often silenced about their experiences.

Many people are coming forward with incidents that happened years ago. My research, talking with academics who’ve experienced harassment gives some insight into why this is the case. It highlights how cultures of silence exist – it’s rarely the result of one individual’s actions.

I worked with Ajnesh Prasad at Royal Roads University, to understand how silencing occurs. The focus was on academia – an industry which witnessed a surge of reported cases of sex-based harassment especially between the years 2014-16.

In 2015-16 I interviewed 31 academics employed in business schools at nine universities in the UK. Contrary to what I expected, all interviewees said that they shared their experiences with line managers, HR personnel and professional colleagues to make sense of and to seek redress for what happened. Then they described how they were persuaded to drop the issue and move on.

Paula recalled the dismissive attitude of a female HR representative when she complained about a senior colleague’s unwanted advances:

I told them how he insisted that we discussed papers after hours all the time and about everything he said. She told me she does not see that as sexual harassment.

In their view, insisting on discussing a paper over wine is hardly a crime – I suppose they need evidence of something like rape or assault.

After everything she said to me, I just didn’t want to talk about it anymore. It is deeply humiliating.

Women said they were often told their experiences didn’t amount to harassment, that such behaviour was common and insignificant, and that they needed to prove otherwise if they wanted to file a formal complaint.

When women did complain, they reported being urged to be patient and allow the issue to be resolved quietly. While the organisation tried to make sure it didn’t happen again, this was played down in front of the victim to avoid any blame towards the organisation or its procedures.

At the same time, victims were warned they could be branded a “troublemaker” if they continued to raise their concerns. Marsha described how she was advised by well-meaning colleagues to not complain about unwanted sexual attention:

Their view was that, if this gets out, I would be the girl who accuses men of coming onto her.

Thus sex-based harassment is not just the result of one individual’s actions. In each of the cases we encountered, managers, HR personnel, and ordinary colleagues were complicit in silencing victims.

This not only created a safe haven for perpetrators, who were able to avoid punishment. But victims were left feeling confused and unsupported, often leading to disengagement from work and withdrawal from the social fabric of the organisation.

To end these damaging effects of silencing, it is not only important to have channels for people to report harassment, it is also crucial to ensure that victims feel heard, their concerns validated, and their complaints taken seriously.

They should be assured that action will be taken to hold culprits accountable and to prevent such cases from happening again. If people believe that injustice is covered up by the organisation, this can negatively affect their commitment and motivation.

People should also reflect on how they respond to colleagues’ concerns and know that their actions have repercussions. By encouraging colleagues to remain silent, they help to create a culture of harassment that means for every damning headline, there are many more cases that go unreported.

*All names have been changed to protect the identity of the interviewees mentioned.

This article is republished from The Conversation under a Creative Commons license. Read the original article.

Main image is by NG. 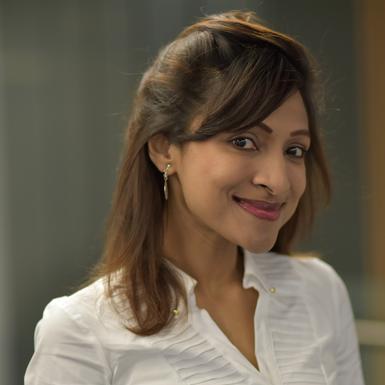