A magical realist play about North Korea is a brave choice, even for the boundary-pushing Royal Court Theatre – but it works. Hypnotising and at times baffling, You For Me For You plays mind-games with the audience and whispers a suggestion of life in the totalitarian state. Mia Chung’s script fuses with Richard Twyman’s fantastic production to take the audience in the tiny Jerwood Theatre Upstairs on a fiercely imaginative journey across continents.

A story of two sisters separated at the border of North Korea, one, Junhee (Katie Leung – of Harry Potter fame – spellbinding throughout), makes it to New York, while the other, Minhee (a compelling Wendy Kweh), is left behind; its themes resonate beyond borders.

“Even in the happiest migration stories, there is always something that is sacrificed”, Chung tells me in a rehearsal room backstage at the Royal Court. “But as the circumstances that prompt the journey get more and more dire, it becomes possible to lose so much.”

Junhee’s decision to escape North Korea is sparked by her angry outburst at a doctor for his poor treatment of her sister that renders both women liable for state punishment. Adamant that fleeing is the best option, Junhee struggles to convince her sister, Minhee, who does not want to be “a dirty traitor … I can’t stomach filth and immorality.”

Even in the happiest migration stories, there is always something that is sacrificed

Chung conducted in-depth research into North Korea, but reading about kidnapping, Stockholm Syndrome and cognitive dissonance proved just as crucial to the formation of the play.

“The situation is so dreadful. Anywhere else, people would be trying to flee by the thousands”, she says.

The play examines why this is not the case. For Chung, part of the answer is the metal cage, constructed with propaganda, which alters the mind-set of an entire population that she believes has been “kidnapped by [its] own government.” This concept is integral to the play; Junhee’s line “I have no idea what I am trying to say. I feel like I can’t even be sure my thoughts are my own”, is a diary entry by kidnap victim Jaycee Lee Dugard, written during her captivity. Dugard was held captive for 18 years after being abducted from a street in South Lake Tahoe, California when she was 11 years old. What interested Chung about this horrific case was the sympathy that Dugard expressed towards her captors following her release. There are also, of course, immense physical barriers. “If you are caught trying to escape, three generations of your family are sent to the gulag,” Chung explains. As the smuggler, who Junhee pays to take her across the border, tells her the crossing is unfathomably dangerous, and requires – even more than money – a sacrifice.

“Okay, first a warning: the Crossing is angry and hungry. Always. And He will take much more than you expect to pay. I’ve seen him dissolve souls like salt in water.”

But her sister urges her on: “Look forward, not back.”

Despite its serious subject matter, the play does not, however, operate at the depths of human despair throughout: in parts it is startlingly funny. After fleeing communist North Korea, where all individuality is notoriously stamped out, Junhee arrives in New York, where everybody is free to be themselves. Yet those whom she meets – from immigration officials to nurses to therapists – are played by the same actress (an excellent Daisy Haggard) and all the characters are named Liz. They are materialistic, self-involved and striving for happiness that is attainable-but-just-out-of-reach, in a society that demands buying and discarding and buying again as part of an endless cycle of “renewal”: “My closets are haunted forests of old shoes, trapping my qi.”

Chung was determined to give the audience the chance to see America through the eyes of someone just arriving from North Korea. To do this she used an original theatrical mechanism that saw all the Liz characters speak gobbledygook, leaving the audience as baffled at Junhee. Over her two years in America she gradually learns English, and we start to understand with her.

Her babbling is hilarious: while we cannot understand a single word to begin with – it is what Chung calls “language as sound” – it is instantly recognizable as the unmistakable chirpiness of American-English. But this is not just for comic effect from a writer who berates herself when she writes jokes just to “pander to the audience.” For her, comedy must serve a purpose: “I really wanted to make sure humour was used to humanise people.” Currently writing a play about translation, she was keen to highlight the language barriers and the resulting isolation that can be a defining part of the migration experience.

The change in pace between the two places is visible. While in North Korea time stands still, New York is ferociously fast and greedy: “Money is so fast it doesn’t wait to be printed.” The New York scenes gently mock the idea of the “American Dream” with a theatrical song. Chung explains: “I don’t have judgements about doing as much as you can, but it creates this model of what life is all about: grabbing as many golden apples as you can before you leave this earth. There’s nothing wrong with that, but not that many people can do that, and also – is that really the dream life? Is that the best thing that can be done?”

While Junhee struggles and, in some ways, thrives in America, Minhee’s journey is a psychological one. She works her way through a series of psychedelic scenes, where Jon Bauser’s set – whimsical and ingenious throughout – is marvellous. She is hard at work cutting flowers, when a voice from nowhere tells her she must sew them back on; a man gives her a paintbrush so that she can paint the trees green; a forest grows ears.

The magical realist escapades are as confusing as they are compelling and for Chung this is what makes theatre special.

“In journalism more often you are describing or quoting, and I didn’t want to describe – I wanted [the characters] to come alive for us as much as possible. I am not at all claiming that this is a documentary. Juxtaposition is really possible in theatre.”

But for all its theatrical flair and dazzle, this is a play backed up with plenty of research. Chung cites as particularly influential: Barbra Demick’s book Nothing to Envy, the graphic novel Pyongyang by Guy Delisle, the documentary film State of Mind, as well as photographs by AP photographer David Guttenfelder.

And so, as Minhee hallucinates about her husband’s death, his lines are adapted from the testimony of Ms. Soon-Ok before the U.S. Senate Committee on the Judiciary’s Subcommittee on Immigration for its hearing: “Examining the Plight of Refugees: The Case of North Korea.”

“I was forced to watch a woman drown her own baby

“I was publicly executed. Five hundred citizens came to watch.

“Desperate for the taste of raw rat, I fought a man over the rat that crawled out of the toilet. We fought to the death. He won.”

But, as the smuggler said, the Crossing always needs a sacrifice, and in the end we are left thinking about the price of freedom. Can you really “Look forward not back”, when you have left so much behind? 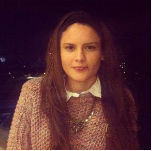