Yarl’s Wood is a large immigration detention centre for women in the east of England. In recent years it has been plagued with controversy including alleged sexual assault on the women by guards, the imprisonment of victims of torture and sexual violence, and racism among the centre’s staff. Perhaps because of these horrific incidents, anti-immigration detention protest movements have tended to focus on Yarl’s Wood. Last summer, hundreds flocked to surround the detention centre and listen to speeches from women formerly held there. Every few months, protest groups from across the UK come together to surround the centre and call for its closure. Warwick student Keira Koroma went along to one of these protests and reported back for Lacuna.

On a cold Saturday morning in November I made my way to Yarl’s Wood immigration removal centre, a few miles outside Bedford in the middle of British countryside. I felt simultaneously excited to attend my first protest and guilty for the shallowness of my feelings.

Having previously visited and been given a tour of Yarl’s Wood; I was glad to be on the outside able to join others in critiquing this centre. I crossed the muddy fields surrounding the building and was soon joined by other protestors, young and old. We could hear loud music and chants in the distance. On any other day and in a location such as that surrounding Yarl’s Wood, we might be festival goers. Most of us wearing wellingtons and helping each other over muddy ditches.

As we neared the epicentre of noise, high-pitched yelling, drums beating out of sync, the chanting became clearer. A tall beige and brown coloured building came into view. It reminded me of my first-year undergraduate accommodation, whose ugliness had caused us to nickname it ‘the prison-yard’. I could see women looking down at us from windows open but a sliver joining in with the organised chaos. There was a strong sense of camaraderie between the women and the protestors below.

Walking through the community of a thousand people and growing, I was offered cakes, pastries and juice. Smiling faces which would rhythmically break into chants of:

“No human is illegal!”

“No borders! No nations! Stop deportation!” 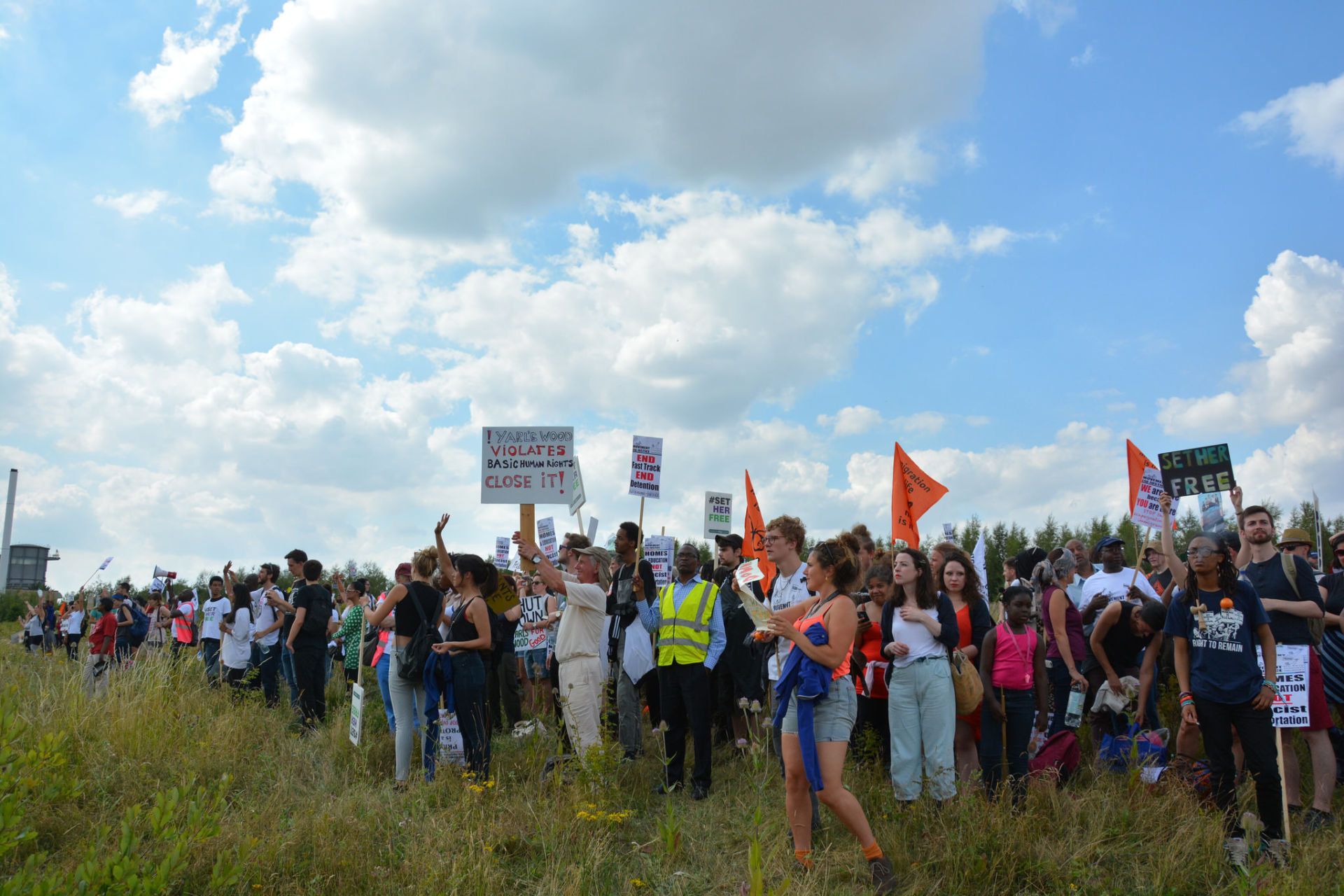 I spoke to a student education officer called Taz. This was her third Yarl’s Wood protest: why? Because “the sight of the women waving and banging to get our attention” pulled her back each time. This was a key reason for the protest – to recognise the humanity of the women inside. Taz said it would happen to me too, you won’t be able to leave them.

This was a sentiment shared by everyone I encountered. A Yarl’s Wood ‘Befriender’ was there with her young daughter. As a befriender, she felt that she had a duty to visit the women detained and to attend protests such as this to shut Yarl’s Wood down. “It’s no place for them. We’re the only country in Europe that detains people indefinitely. It’s completely inhumane…They’re not criminals. Why are we locking them up?” she said. “And more and more people need to know about it. It’s completely obvious that we should be here and demonstrating against it. A complete disgrace. So many people don’t know about it. It’s in the middle of nowhere.”

She was right. Yarl’s Wood is miles from Bedford Station. To reach it you either must rely on the unpredictable Serco mini-bus transport service, or take an overpriced cab. In an unassuming Business Park, the centre is an eyesore in an otherwise picturesque country setting.

The well-placed Serco posters are the only indication of the purpose of the centre. Serco is the private company hired by the Home Office to run Yarl’s Wood. Stephanie, a veteran protestor, said she was disgusted by the private ownership of the centre, which she felt was “unaccountable”. She added that Serco “have a record for mistreating people.” People walking past us nodded their heads and murmured their agreement.

Charities such Medical Justice have criticised Serco’s treatment of the women held at Yarl’s Wood for years, but the contractor made national news headlines last year after undercover footage showed its staff verbally abusing women. A few months later Nick Hardwick, the chief inspector of prisons, said that Yarl’s Wood was failing the most vulnerable women. In a statement published online, he said:

Yarl’s Wood is rightly a place of national concern. We should not make the mistake of blaming this on the staff on the ground. While there have been instances of unacceptable individual behaviour, most staff work hard to mitigate the worst effects of detention and women told us they appreciated this. However, Yarl’s Wood is failing to meet the needs of the most vulnerable women held. These are issues that need to be addressed at a policy and strategic management level. We have raised many of the concerns in this report before. Pregnant detainees and women with mental health problems should only be held in the most exceptional circumstances.

He added that “decisive action is needed to ensure that women are only detained as a last resort.”

Several former Yarl’s Wood detainees attended the protest and spoke about their experiences while there.

A woman named Joy wearing a bright yellow hoodie underneath a blue coat described how she felt when guards tried to deport her: “…they lifted me like a sack of potatoes and lifted me into a van. All because I said: I. Am. Not. Going. Back. They called that ‘verbal aggression’. What I’m trying to say is that the Home Office is funding all these detention centres and these contractors to brutalise women. In the hands of G4S and Serco.”

Joy gestured at the crowds of protestors, “You guys coming out. I’ll never forget it. I was on the inside and you were on the outside. You spoke: that together we could achieve victory.” 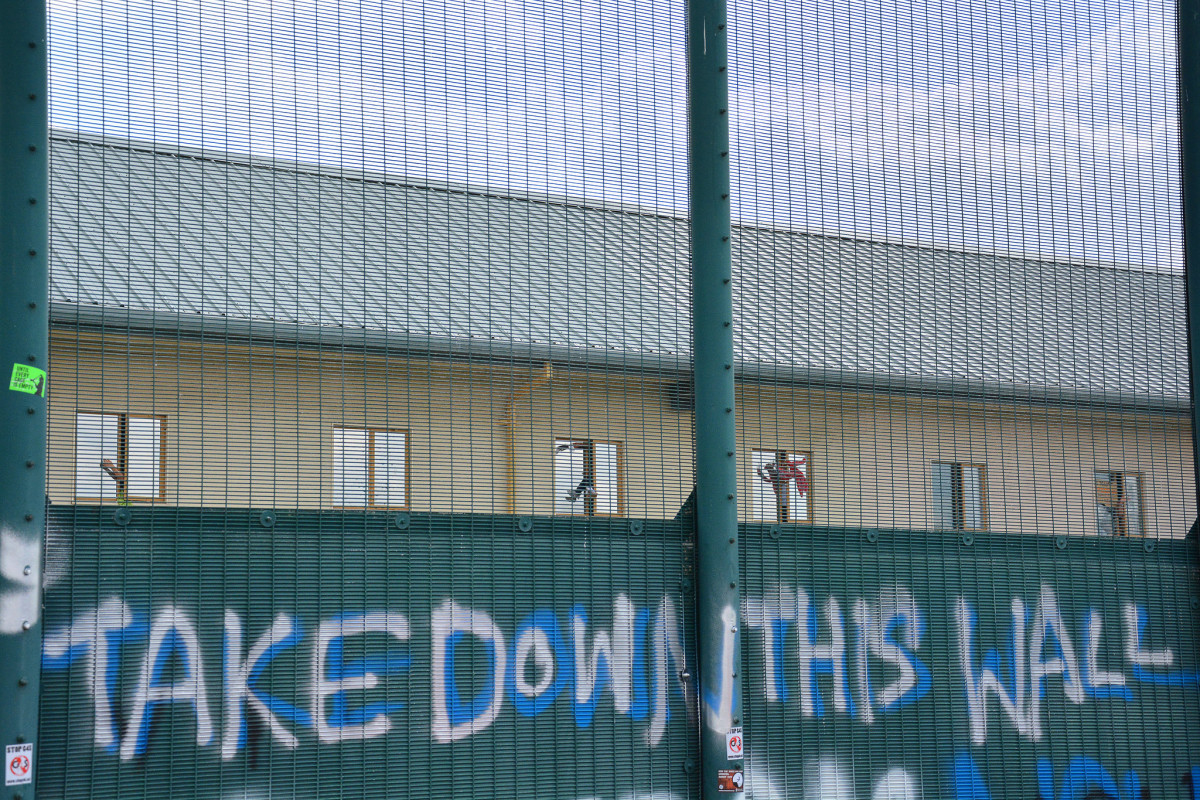 Then turning to face the tall, green, barbed gate surrounding the centre where nearly 400 women are still held, she said:

My sisters on the inside, last time we sang ‘…don’t worry about a thing because every little thing is going to be alright.’ Don’t worry about a thing, because we are fighting. We will carry on fighting. We cannot do it without you and you cannot do it without us. So together – together we are going to end not just Yarl’s Wood, but end detention altogether.

A cacophony of whistles, drums and cheers erupted in support. Joy continued:

I stand here on behalf of all the single women who’ve been locked up because they chose not to go the criminal way. I’m standing here in support of all the mothers who’ve been locked up while their children are being looked after by social services. I’m speaking here of the families who are locked up in there – young children who are full of potential are imprisoned. Why should they be there? They should be out here and getting a degree, an education so they can actually promote justice the way justice should be done.

Her final words were nearly unheard, covered by the roar of cheers and clapping. Defiantly she ended with, “No human is illegal!”

Eva, another former detainee, was much shyer than the other speakers and had to be coaxed on stage by Joy. Her voice trembled slightly as she said: “Thank you for thinking about us. Thank you everyone here.” 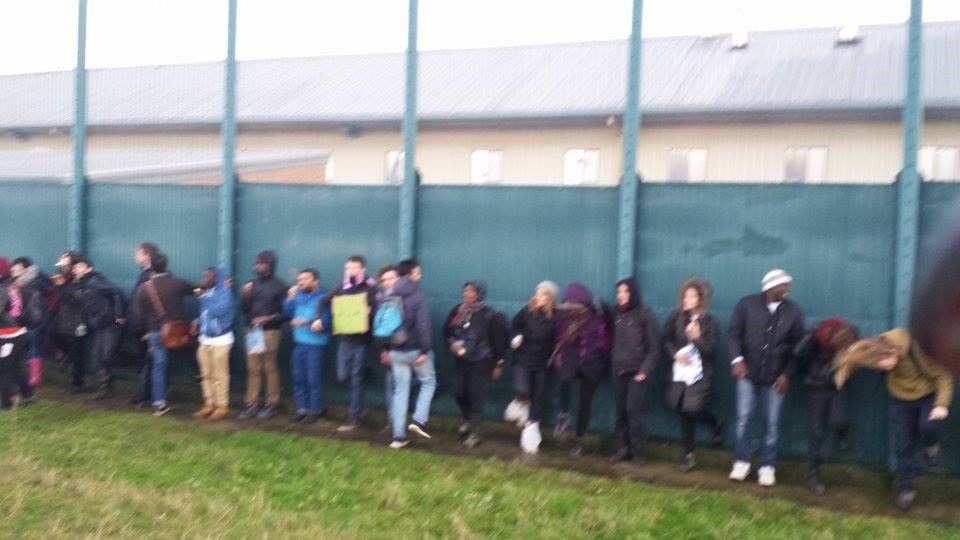 There was a surge of energy within the crowd. As one by one people lined up, their backs against the tall, barbed, turquoise gate and kicked. There was a deafening sound of hundreds of feet stamping against metal. Bang, bang, bang. A flare was launched. Those not on the wall waved frantically at the women looking down from Yarl’s Wood. Their faces etched with a seeming desperation to reach the women. To show them that they weren’t forgotten. That they were human and importantly people on the outside recognised that.

In response, the Yarl’s Wood inmates dangled strips of toilet paper from the window. The women locked behind metal, glass and plastic had escaped in the tissue sweeping through the air. Such a simple act that felt like a tangible show of strength, determination and unity. Flying tissue. Smiles. The cheers grew louder. The feet banged harder. The chants became faster.

Then it was over.

The crowds trooped back towards whatever vehicles we could get to take us home.

People hugged and cheerfully wished one another a safe journey home. But I could not stop thinking about what Taz had said about leaving the women behind. As the sun set over the fields of mustard yellows and sea-greens turning the sky blood orange, I couldn’t help but turn back towards the women. Stuck in Yarl’s Wood as we walked away enjoying the evening air. Hidden in an unassuming business park. Miles from any form of public transportation. Inside with only a slither of window to breathe the outside air from.

Last year a group of British MPs and peers from across the political spectrum published a critical report calling for a time limit on detention for immigration purposes and a reform of the entire detention estate. It remains to be seen whether their call for change is listened to and acted on by government; in the meantime the women at Yarl’s Wood wait and the protests continue. 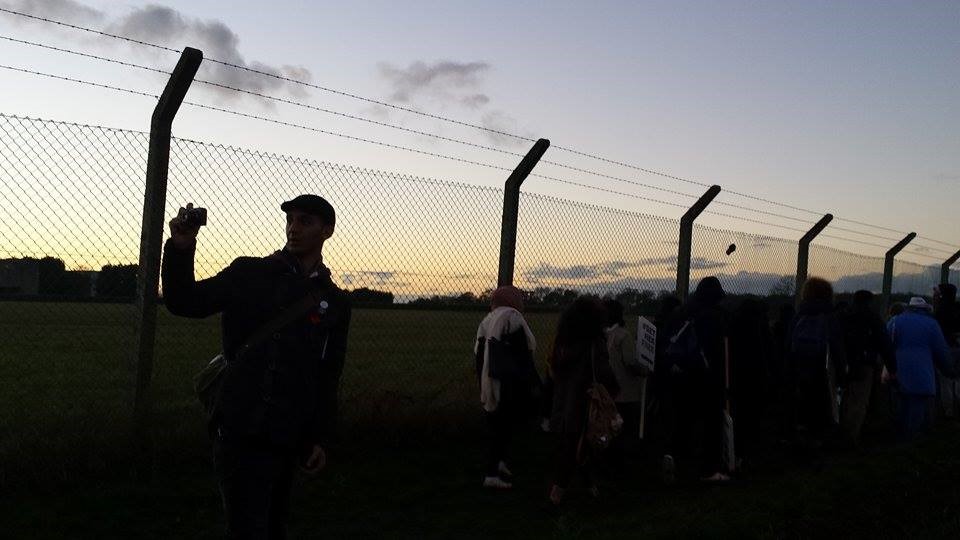 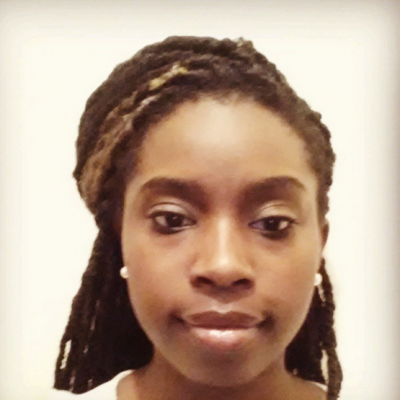