On June 23rd the citizens of the UK will have to decide whether Britain will remain a member of the EU, in one of the UK’s most important referendums since World War II. Arguably, a vote to leave would spell the beginning of a new era for Europe, which could compromise the sense of solidarity between European states and their citizens.

That said, turning points like this are nothing new in the EU’s recent history. Indeed, the EU has already faced a number of difficult challenges since the turn of the century, some of which have delivered profound changes in European international relations as well as impacted upon the course of European integration.

The failed attempt at establishing a European Constitution in 2005 – following a French and Dutch rejection via public referendum – has reminded European governments and the EU institutions that the nation state will remain the core feature of European integration, delimiting the scope of supranationality at European level.

The 2011 military intervention in Libya has seen the EU’s Member States starkly divided. This was a clear sign that the EU’s Common Security and Defence Policy is yet to forge a pan-European consensus over military issues, which leaves Europe’s defence largely under NATO and the US’s protective wing.

In the meantime, as the Eurozone crisis unfolded, European citizens, governments and private companies alike started doubting for the first time the inexorability of the euro – the driving force of European integration.

More recently, the countless number of migrants dying while trying to reach the EU’s southern borders has exposed the lack of solidarity between Member States, as well as the inadequacy of the EU’s legislative framework for the management of economic migrants and asylum seekers.

Just as in the cases above, the UK’s upcoming referendum will deliver its own long-term impacts on the course of European integration. A vote to leave would trigger up to two years of negotiations between the UK and the EU to settle new regulatory arrangements, which would be backed up by a long period of economic and political uncertainty. Less evident, however, are the repercussions that the referendum will have on how British people perceive the European migrant, regardless of whether the UK decides to remain in the EU. Indeed, discussions surrounding the referendum have been particularly concerned with the issue of European immigration, which was portrayed as a key issue with regards to the relationship between the UK and the EU.

When PM David Cameron promised the in/out referendum in his 2013 Speech on Europe he openly supported continued membership, provided that the EU would undergo certain reforms in the field of competitiveness, the Eurozone’s governance and the EU’s democratic accountability. Since then, a number of discussions have begun concerning the economic wellbeing of the UK, financial regulation, the EU’s legislative authority over the UK and, most crucially, EU immigration and migrants’ access to welfare.

However, this is not how it all started, as EU immigration has not always been part of the problem.

In his 2013 Speech on Europe Cameron was, probably purposely so, vague on the kinds of demands he was going to put forward for a reformed EU, and had never mentioned anything in relation to EU immigration or their benefits entitlement. Rather, it has always been UKIP that pushed the hardest for leaving the EU, creating an annual immigration quota, implementing a temporary immigration ban and instituting a 5-year wait before allowing migrants to claim welfare benefits.

Perhaps unsurprisingly, those arguments eventually resonated with the right wing Conservatives; some of whom – Douglas Carswelll and Mark Reckless – defected from the Conservatives to join UKIP. Indeed, UKIP popularity among right wingers was on the rise following UKIP’s success in the 2014 European Parliament’s Elections. UKIP’s increasing popularity within the Conservatives left Cameron no choice but to tilt more to the right on EU immigration, in order to prevent other MPs from defecting.

This was reflected immediately in Cameron’s 2014 Speech on Europe, which was solely about immigration. Cameron raised important issues with regards to population growth in the UK, expected to reach 70 million by mid-2027, and how migration from the EU would contribute to that. He then went on to propose plans to restrict EU migrants’ benefits entitlement in the UK and to deport EU migrants who have been unemployed for more than 6 months, in the hope that reducing economic incentives would curb EU migration to the UK. Eventually, the Tories’ stricter position on EU immigration became an integral part of their manifesto for the 2015 General Elections, which in turn had a spill-over effect on Labour. This became a highly controversial electoral issue, considering that recent research from UCL has shown that EU migrants contribute £20bn more in taxes than they receive in benefits, a figure that is substantially larger than for UK natives.

Nevertheless, upon scoring an overall majority in the General Elections, the Tories kept the issue of EU migrants’ access to welfare as a top priority in their call for a reformed EU. It appeared as one of the four key points in the letter Cameron sent to the President of the European Council, Donald Tusk, to begin negotiations. On February 19th 2016  a deal was struck at the European Council, granting Member States an “emergency break” limiting access to in-work benefits for new EU migrants for up to four years, as well as the ability to index child benefits to the economic conditions of the Member State where the child resides. Even though the initial demands put forward by the UK government have been largely watered down as part of a compromise, the European migrant is still seen as an integral part of the problem.

Last, but not least, such an extensive focus on EU immigration has shifted the attention away from a more critical issue within the Conservative Party: their deep division on Europe, which has remained unreconciled since the 1990s. But there is more. Because of the relative importance of this issue, the outcome of the referendum will also play a key role in the future Tory leadership contest, which sees two likely candidates, Mayor of London Boris Johnson and Chancellor of the Exchequer George Osborne, pushing to exit and remain respectively. Hence, EU immigration, and the referendum in general, has become a scapegoat for the future leadership battle.

EU immigration has become a scapegoat for the future leadership battle

Where does that leave us? The debates on the UK’s future in the EU have shifted focus on EU immigration partially because of UKIP’s rising popularity and its effect on the Conservatives. Through a snowball effect, an important part of the 2015 General Elections and the UK’s EU referendum have become centred on EU immigration, and the referendum itself has turned out to be a crucial battleground for the future of the Conservative’s leadership.

In the midst of this political upheaval, current and future European migrants in the UK have been victimised as a demographic anathema and welfare leeches. While the EU is certainly in need of deep and serious reform, one aspect which should at all costs be preserved is the sense of solidarity between the people of Europe. European solidarity represents one of the essential pillars of European integration since its inception after World War II, necessary to maintain peace and prosperity in the long-term. Unfortunately, an increasing number of economic and political crises have seriously compromised this sense of solidarity. Victimising European immigration will certainly not reverse this trend. 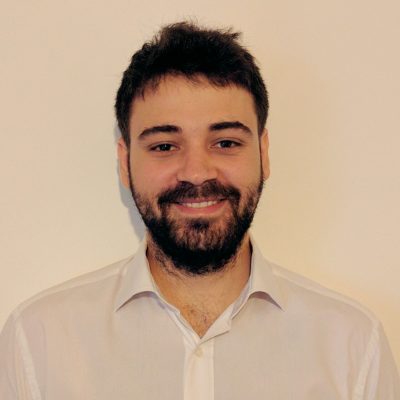