There is little romanticism about the migrant journey in Sunjeev Sahota’s Man Booker Short listed book The Year of the Runaways, a compelling story of impoverished migrants living in Sheffield. It is simply a presentation of reality rather than a story advocating for change or a plea for understanding. Tony Boardman asks, is it possible to remain above the political fray with a subject like immigration?

Sunjeev Sahota’s recent novel The Year of the Runaways was praised on its release for its fresh take on the genre of the political novel. Never too dry or polemic, and refraining from turning into an explicit political statement, this novel focuses on contemporary issues around migration in Britain, without allowing itself to get dragged into convoluted conversations around this topic.

In the novel, a story of three Indian immigrants living in Britain without papers, the voice of the host community is nearly always muffled or muted: suspicious comments from immigration officers are heard through a wall; a conversation between a man offering residence to a migrant and his wary son happens just out of earshot; customers’ harassment of owners in a fried chicken shop is heard from the back room. Sahota is both wise and fortuitous to have kept this conversation in the background. Public discussions, which have intensified since the Syrian refugee crisis, draw a harsh distinction between ‘economic migrants’ and ‘refugees’, a distinction which does not fare well for the characters of his novel, who would themselves be classed as economic migrants. Politicising the issue too overtly risks a backlash; Sahota is careful to approach these concerns subtly, and without sensationalism.

The novel describes the experiences of Avtar, Randeep and Tarlochan (shortened to Tochi) who – for reasons of duty, shame and tragedy at home – have left India for England to look for work. The men exist on the fringes of British society, out of sight, and outside the law. Required to offer their labour as cheaply as they can to compete for work. Forced to steal, to live in squalor. A fourth character, Narinder, is a British Indian Sikh woman whose ideas of goodness conflict with her family’s sense of honour, as well as with British law. The text plays with the idea of who or what is alien through the simple, commonly used but effective trick of reversing the gaze on to the reader, destabilising the reader through untranslated Punjabi words and presenting naturalised aspects of British culture as new.

Rather than a story solely about a transformative migrant experience, the book is actually more concerned with the universal experiences of economic uncertainty. Timeless themes of conflicting duties, moral living, and forbidden love are all told against a background of financial hardship. These are issues that are specific to a historical and social context, but related through the language of universal struggle.

Sahota expanded his thoughts in a recent discussion with two other contemporary novelists, Murza Waheed and Owen Sheers, at a public talk last month called War on the Doorstep.

The event was held at the Festival Village, a cold, concrete space within London’s Southbank Centre tucked underneath the Queen Elizabeth Hall. It felt an appropriate venue for a discussion on the lives of Sahota’s protagonists, who exist within major cities, but are absent from official records and remain invisible to the majority of people living there. The three authors discussed the relationship between conflict and globalisation, and the line between politics and art. For Sahota, the distinction between art and politics is a ‘false binary’. “I wanted to write more about what is it to be good, … when what you want to do conflicts with what [this globalised world says], these ideas of sacrifice,” he added.

For Sahota, the distinction between art and politics is a ‘false binary’.

It was the Welsh author Owen Sheers who largely dictated the direction of the conversation. His novel I Saw a Man documents the life of an air force officer-turned-drone pilot, and the traumatic experience of his protagonist is the clearest example, among those provided by the three authors, of a distant war having immediate and direct impact at home. “I had to bring it home,” said Sheers, “in a way so as to engage a conversation.” He described the ‘asymmetry in storytelling’ within war literature. This is an all-too-crucial point to make about the ways in which war becomes more difficult to perceive as forms of distant, anonymous warfare increase.

Mirza Waheed’s The Book of Gold Leaves is more contained geographically. Waheed grew up in Kashmir where, he says, “war is in your kitchen, it’s in your garden, it’s everywhere”. The novel, which describes a painter who is radicalised and becomes a militant in the Kashmir conflict, doesn’t need to ‘bring it home’ in the way that Sheers’s story of drones does. Instead, it takes the reader to a region where war is in every home. For Waheed, writing the novel involved a process of distancing himself from the conflict: “War was in everything growing up,” he said, “So do I write that? Or does that become a history book?”

It was perhaps a pity for Sunjeev Sahota that a key topic of the night, postmodern warfare and conflict in an age of rapid globalisation, was not particularly relevant to the main themes in The Year of the Runaways, but more so to his previous novel, Ours are the Streets, a story of a British Pakistani man who is radicalised and plans a suicide bombing on a shopping centre in Sheffield. Sahota, who came across as reserved and self-deprecating, seemed unwilling to try and steer the conversation towards his latest book, given that The Year of the Runaway is mostly not about war itself.

But there are more figurative ways conflict on the doorstep could be perceived within the novel. There are internal tensions within the immigrant community that threaten to bring issues from abroad (caste conflicts, religious and family disputes) into the host community. There’s a kind of class war, where this underclass of migrants enters an already existent precarious sector of society, forced to compromise again and again for economic reasons. And there’s a largely unwritten war between these migrants and the far right in the host community, between new arrivals and local workers who react to the perceived threat of a new supply of cheap labour with aggressive demands for political action. A major criticism of Ours are the Streets is the lack of reference to the wider context, in particular the invasions of Afghanistan and Iraq. And in The Year of the Runaways, by trying to stay clear of explicitly politicising the narrative, Sahota ignores the encounter between the far right and the new arrivals, which is a potentially vital aspect of the immigrants’ experience.

Sahota gives them the dignity, humanises them, and allows them to be cruel.

When the three authors each read a passage from their novels, Sahota chose a section in which one of the Indian migrants visits a travel agent because he wants to be shipped to Paris. The extract, containing the image of a man looking for Paris on a map of South India, perfectly captures the narrow vision and claustrophobia of much of the narrative, in which there is a limited possibility of movement for the characters. The book dramatically flips back and forth between the runaways’ utopian ambitions and the harsh, closed realities they encounter in Britain. Within these cramped, unseen spaces, Sahota sheds light on issues of immigration that are regularly picked up on by the anti-immigrant far right: visa wives, houses packed full of workers without papers, criminal behaviour within the immigrant community, misogyny, and barriers to integration into the host community.

In a sense, by confronting and humanising these issues, the novel engages with anti-immigrant arguments more than the standard responses of the left, which is to offer a sympathetic portrayal of the migrants in opposition to the right. One of the most humanising aspects of The Year of the Runaways, therefore, isn’t just in the immense self-sacrifice and moral capacity of characters like Narinder, but in the selfishness, misogyny, filthiness, racism and violence revealed in other characters. Sahota gives them the dignity, humanises them, and allows them to be cruel.

A particular, unproven claim of anti-immigrant commentators on the current refugee crisis is that images of able-bodied young men in clashes with the European authorities prove the existence of ISIS supporters among the refugees. Could Sahota’s nuanced portrayal of the immigrants fuel reactionary arguments against immigration? Or does his book present a more complex circumstance that dissolves standard anti-immigrant stereotypes? “I think my natural instinct is to … say I agree with this point of view, but I agree with this point of view, too,” said Sahota. This aversion to political side-taking is admirable, but risks being blind to its own assumptions. The Year of the Runaways is refreshing in its approach to political fiction, but, as any story regarding migration, it is not and cannot claim to be, or remain, apolitical. 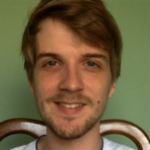