Because night has fallen and the barbarians have not come.
And some who have just returned from the border say
there are no barbarians any longer.
And now, what’s going to happen to us without barbarians?
They were, those people, a kind of solution.

–Waiting for the Barbarians, C.P.Cavafy

I came to Delhi on a Visiting Professorship for three months. This was an important step for me. I am a Delhiite – a Dilli walla; I was born here, brought up here, educated here and made friends here – and yet I had stayed away from Delhi for some years. So, this visit was an attempt to reconnect with my friends, to experience Delhi in a different way.

What I didn’t expect was that this different experience would also include witnessing an undemocratic attack on one of the foremost universities of India – Jawaharlal Nehru University (JNU) – by a government that has obviously decided that sacrificing democratic governance to short-term electoral gain is a price worth paying.

Even more worrying is the political discourse being mobilised to carry out this attack – of sedition, nationalism and intolerance. The saga began with a small demonstration by a few students to protest against the execution of Afzal Guru, who was involved in the attack on the Indian parliament in 2001; anti-India and pro-Kashmiri secession slogans were raised. A group of ABVP (BJP student wing) turned up and a scuffle broke out; the JNU Students Union President Kanhaiya Kumar arrived to break this up and made a speech critical of the BJP government:

“We belong to this country. We love this country. We fight for the 80 per cent of the poor population of this country. For us, this is nation worship… On behalf of JNU, I want to challenge RSS ideologues. Call us and hold a debate. We want to debate the concept of violence.”

This provision is increasingly used to stifle dissent against the government

Before long a complaint was made to the police about the nature of the slogans and Kanhaiya Kumar was arrested on a charge of sedition. The police also raided student hostels, without any notice, in pursuit of students who were supposed to have been at this event. Today, Kanhaiya was produced briefly before a magistrate and his remand was increased by two days; teachers and students who went to the court to support him were beaten up, as were the journalists who were reporting the proceedings.

Under the Indian penal code, the Supreme Court specifically laid down that the provisions of section 124A (seditions act – a hangover from the days of the British rule) are only made out where there is a tendency to public disorder by use of violence or incitement to violence. This provision is being increasingly used to stifle dissent against the government (a demand was made to charge Arundhati Roy for her stringent critique of government) rather than for any incitement to the use of violence against the state.

What is equally worrying is how a particular trope of nationalism is being appropriated by the current government – immediately as the story broke, the Education Minister Smriti Irani invoked ‘Mother India’: we will not tolerate an insult to Mother India, she said, and since then the rhetoric has been of ‘deshdrohi’ (traitor to the nation), of gaddaar (traitor) and of violent attack upon those who are labelled as such. What is happening of course is a performance of claim-making of the BJP as patriots and the others, who oppose them, as traitor.

This claim-making was enacted on a stage which is also the most ‘nationalist’ of spaces. As Kanhaiya Kumar was arrested, and as JNU students protested on campus, BJP mobilised a demonstration in favour of Kanhaiya’s arrest at India Gate, Raj Path, where only a few days before the Indian Republic Day was celebrated with an annual march past. This space has over the years come to symbolise India’s freedom but also its military strength. Through occupying this space, the performance of loyalty to the nation in the Republic Day parades gets folded into the politics of hate against those deemed ‘unpatriotic’.

Patriotism is of course often, as Samuel Johnson opined, the ‘last resort of the scoundrel’. In his Life of Samuel Johnson, Boswell doesn’t give us the context in which Johnson said this. But we at least know from experience that states often mobilise fear through the language of patriotism – fear of the other, of the barbarian out there. The Leviathan needs the state of nature and where none exists can conjure up threats to do so. So, attacks on democratic dissent then are legitimised by the state in the name of patriotism – if this is not ‘scoundrel-ness’ then what is?

But of course this claim to patriotism has been challenged by many – by politicians who value both electoral opportunity and progressive politics, by academics who are standing by their students and contributing to their institution’s history of radical critique, but most of all the students, who have peacefully mobilised in a mature and serious way against an assault on their peers, on democratic values and on human rights of the citizens of India. The speeches I heard were, reasoned as well as passionate, oratorical and quiet; there have been poetry recitals, humour, singing. The solidarity being performed on the stage of the university’s Administration Building feels very different from the one we witness by the ABVP/BJP/RSS crowds waving saffron and black flags and shouting ugly abuse. 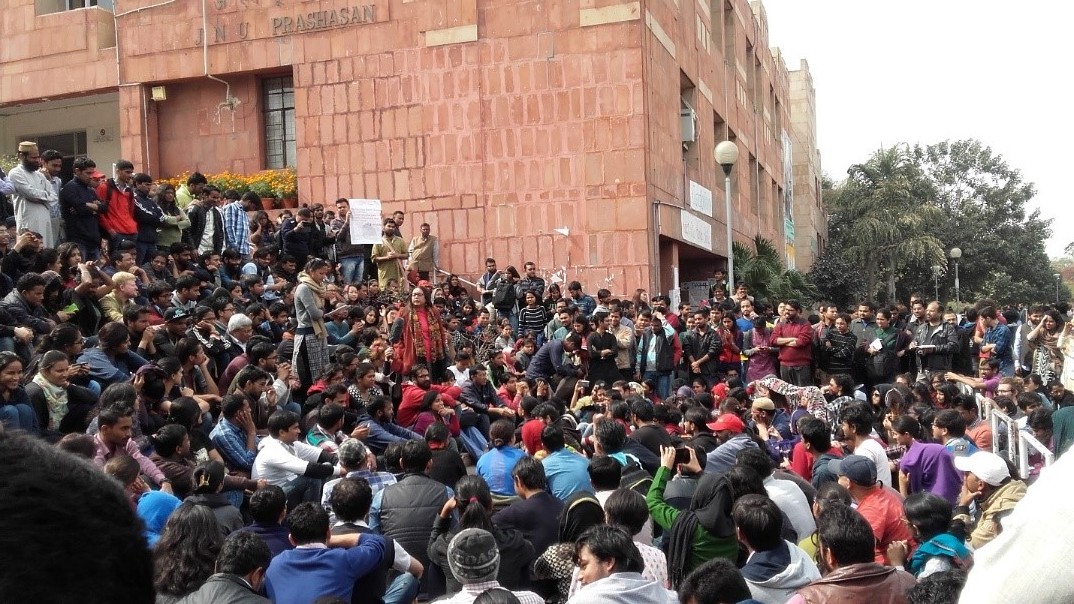 India is the world’s largest democracy where electoral politics, however flawed, ensures a celebration of democratic values; where people reaffirm their investment in some idea called India and where opposition takes the shape of a ballot form, where clash of visions, ideas and ideologies is performed in election rallies, interest mobilisations and where the results of the election are accepted and respected. To incarcerate an elected student leader on trumped up charges, before the University can itself make inquiries into these, to violently attack a whole institution – discursively, through abuse and threats of violence, physically, by assaulting professors and students in court, through police raids on hostels – is definitely not democratic and is hardly patriotic. 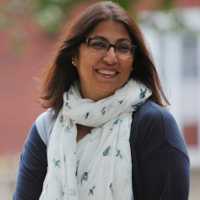 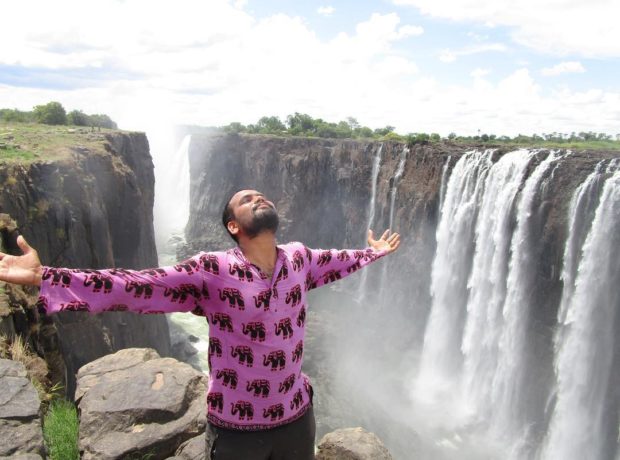 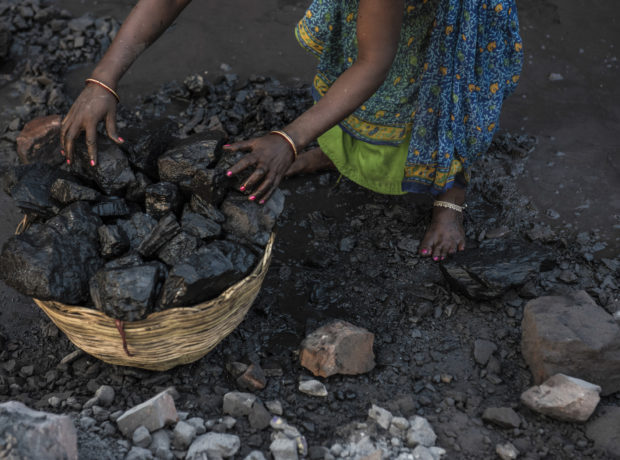