The UK’s commitment to the inter-war League of Nations organisation offers a fascinating illustration of an island country uncertain of its position within Europe, and reluctant to engage with its continental counterparts. While it serves only as a small example of a long, often uneasy relationship, it goes to demonstrate that withdrawal might expose both sides to risk and impoverishment.

Against the backdrop of the referendum, the BBC recently broadcasted a documentary titled ‘Us and Them’. The first episode highlighted how decision-makers in the United Kingdom had initially responded with some indifference to the creation of a common market, but subsequently struggled to join the successful European Economic Community.

The narrative started with reference to the allied cooperation during the Second World War and Churchill’s vision for a united Europe, without the UK. Arguably this was the most conventional point to start the story of Britain’s relationship with the continent. But what if we would go a bit further back in the past?

The extent to which the UK belongs to Europe has always been a thorny political issue, its origins stretching back at least to the Roman era. But although the distant past offers few insights for today’s debate about Britain’s place in Europe, looking to the years between the two World Wars might shed light on how a troubled relationship between the island nation and the European continent can create an obstacle for decision-making at the international level and spell trouble for the future.

In many ways, the twentieth century has always been about the precise nature of Britain’s political and economic configuration with the continent, not just in the Allied war efforts but also at times of peace. Debates and decisions during the inter-war years regarding security, mutual guarantees and the search for cross-border cooperation carry strong parallels to the present.

Almost a century ago, the leaders of Europe and the United States negotiated over the provisions of a new international organisation for the preservation of peace after the First World War. The League of Nations, as it was named, was the first organisation of its kind to maintain world peace, through collective security, arbitration and disarmament, and to work for the betterment of human living conditions. With its location in Geneva, it is often considered to be the predecessor to the United Nations, although in practice it was mostly a European-led organisation.

The emergence of the League of Nations offered great opportunities for cross-border cooperation. The meetings in the Assembly and Council of the League of Nations – somewhat similar to the United Nations today – gave a platform to national representatives to discuss matters of international concern and agree upon a joint approach to resolve them. The League had an international Secretariat and set up many commissions which promoted the exchange of information and cooperation in fields such as economic development, health and communication technology. Although the League pursued a breadth of activity, its main focus was the preservation of peace.

While the UK was keen to play a role of leadership in this newly created League, it consistently played down the League’s powers as an international arbitrator and mechanism for political disputes. It sought to avoid any extensive provision of support to the League and guarantees to other countries, in case of a military confrontation, thereby creating a rather toothless collective security system. Despite the grand talk at the public meetings in Geneva, Britain often tried to preserve the status quo and watered down commitments.

This was an unfortunate approach. Security was the most prevalent issue during the inter-war years. After the First World War, French and Polish uneasiness over future German aggression required a powerful outsider who could tilt the quarrelling parties towards a compromise. Almost all of the major disputes, whether it was over arbitration, disarmament or mutual guarantees, often led to a stalemate over divergent views what was required to ensure a peaceful coexistence of countries.

A proposed treaty of mutual assistance in 1923 would have allowed Britain and other military powers to come to rescue a country from possible military aggression by another state. This would have helped to remedy anxieties of many countries, in particular in France over a future German encroachment. Yet, the treaty was undermined by a lacklustre British response. Similarly, a 1924 protocol for the peaceful resolution of disputes was accepted by all but one League member. It never went into force due to British intransigence.

At times it seemed that a change of government could create a catalyst for stronger British leadership in Geneva, but initial optimism was eventually traded for disillusionment. The inter-war Labour cabinet under Ramsay MacDonald made strong declarations in favour of the League and upholding the provisions of the Covenant. But due to a more general British uneasiness of strong military obligations and volatile Parliamentary support, the Labour government proved to be just as elusive as the Conservative governments.

Britain and its empire, as one of the few powerful European members of the League, held the key to successful diplomatic negotiations. Its failure to actively engage with its counterparts, whether as an assurance to France of protection against aggression, or as a concession to Germany to support a peaceful reintegration into the European fabric, partly explains how the continued stalemate led to hardened views and the eventual breakdown of intra-European cooperation. The League received no clear British backing to intervene in international disputes or stop expansionist countries from threatening collective security.

Britain had secured a pivotal role as a permanent member in the League’s Council, the most significant decision-making body of the organisation, but refrained from concerted action at the international level and rather preferred backroom agreements with countries. That was when Britain pursued its short-term national interests, defeating any attempt at a joint and decisive response to the challenges of its day.  It took no strong action against Japanese military infiltrations in China during the early thirties, out of fear of strong economic repercussions. Together with France, it tried to appease Fascist Italy, as a potential ally against Nazi Germany, by proposing a carve-up of the Abyssinia in 1935 – an independent nation and member of the League at the time.

Inter-war Britain was a country excessively focused on budget deficit reduction, building down its war debts and limiting its financial and military exposure towards other European countries. The British Empire after the First World War was also a drain on the country’s treasury and the colonies already required a significant military commitment to contain public unrest. Nevertheless, Britain had the ambition to be both a global actor and an influential European power. But how could it bridge those two ends? In the interwar years the country never made up its mind what type of actor it wanted to be in Europe – with detrimental results.

Today, the United Kingdom seems willing to give more assurances to other countries, particularly in Central and Eastern Europe, fearful of external aggression. In this way, it has gained some influence with its partners which helps in dealing with other issues. Yet, its role in the Ukrainian crisis has generally been insignificant and other countries have taken the helm.

Moreover, any discussion about Britain’s future as a nuclear power has not been adequately framed in a broader European context. While Britain no longer has an empire to commit resources to, there are still remnants of its old reluctance to support Europe. During the EU treaty renegotiation, the British attempt was at securing a special status in Europe without extending its commitments. This was strikingly similar to the tone of discussion and position it took during the inter-war period, wanting to be an influential member of an organisation but refusing to put up with the cost.

Power and influence have always worked in two directions: participation in an international scheme incurs costs and necessitates responsibility, yet it also provides a platform for political influence and the possibility of taking the lead on issues. In the twentieth and twenty-first century, the UK has struggled to grasp the intricacies of such a two-way dynamic. Hence, it has never fully seized the potential of being a leading European country – in times of peace – and shaping things from within an organisation.

Britain and Europe are nowhere near the situation of disintegration they faced during the 1930s, when diplomatic intransigence and national interests failed to stop expansionist countries from breaking the rules of the game. If the breakdown of collective security in that period was the result of several structural causes, the inability of the UK to make up its mind about Europe was one of them. In 2016, there are plenty of divergences and disagreements which could end up being hurtful to European integration. The United Kingdom could have a mission in preventing that from happening.

When Britain puts its mind to it, it has a tremendous capacity to engage with other European countries and the wider world. It currently has a special position within the EU to do so. But it needs to decide what it can achieve inside of the Union and seek out like-minded European allies to attain those goals. In recent years, too often it has refrained from embracing European diplomacy to influence the agenda. Instead it has clumsily tried to get a better deal with a somewhat improvised renegotiation. Being part of the League of Nations, the UK had the potential to extend its power and influence, but failed to realise that potential. The same might be said today with the EU, whether the UK vote to stay or go.

Banner photo in the Public Domain. 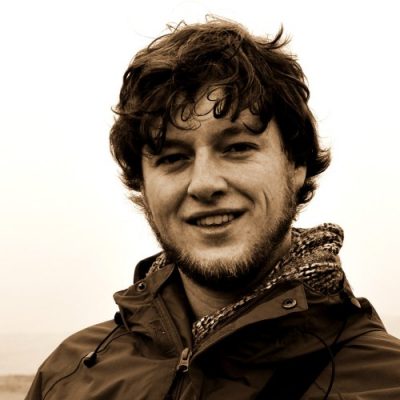