After more than two decades of peace – and countless coffee-fuelled chats between writer Michaelina Jakala and her friend Zlata – gentle recollections of years gone by can still trigger memories that have long laid buried, forming new perceptions of the past. Using her background in peace studies and transitional justice, Michaelina explores Bosnia’s use of child soldiers, an issue she recognises is commonly credited to conflicts in Africa and Asia but rarely related to “the West”.

Zlata* took a drag on her cigarette and laughed.  It was a familiar laugh, a laugh I’ve heard so many times over the years and it was comforting.

We were sitting in her much-loved and colourful kitchen, filled with books in a variety of different languages, trinkets from her travels (she loves refrigerator magnets), and of course our coffee centre stage on the table.  You see in Bosnia, everything happens over coffee and it’s near a sin if you don’t drink it.  It’s a way of life, it’s a conversation.  They say in Bosnia there are three stages to coffee when visiting someone—the welcome coffee, the conversation coffee, and the goodbye coffee.  But with Zlata this never exists, it’s just a coffee with a good friend that goes on for hours.  Our conversations wander through the various tracks of our lives and intersect in Sarajevo, in Bosnia time and time again.  You see, Bosnia has this magical pull, it seduces—its culture, its people, its past.  I keep coming back, whether consciously or not—Bosnia is the point of intersection, the point of our intersection.

I stand up; we’ve run out of coffee.  I grab the džezva; fill it with boiling water, coffee, and sugar.  I set it on the hob where it happily bubbles away.  When its finished I pour our coffee remembering to share the crema between our cups.  This is important in the coffee ritual and Zlata playfully looks at me and says: “It’s because you’re a Slav my dear, you have a Bosnian soul, you can’t resist!”  I laugh and say it’s possible. I am an American of Slavic heritage after all.

We sit in silence for a moment savouring our liquid black gold and it happens again, almost unconsciously—talk turns to the war.

She looks at me almost beaming.  I know what’s going on, I know she’s had a visitor.  I can’t help but smile.  Zlata is one of the only people in the Bosnian NGO world who actually enjoys speaking with researchers or foreigners—she comes alive.  She loves talking and her stories are always interesting.  She’s practical and sees it as a good opportunity to network.  “You never know what will happen.  Hey, if we didn’t talk, we would have never found each other!”

“You know I had a visitor from Hollywood last week,” she says to me.  “Oh? Was it Angelina again?” I say laughing.  “No, it was a screenwriter, a woman.  She is interested in writing a film about women’s experiences in the military during the war.  She mentioned something about female snipers.  Anyway, someone gave her my name and she came to speak with me about my experience in the military”.  I knew Zlata was in the military but she never spoke to me about it before.  Our history so different yet here we sit, sipping our coffee in a Sarajevo kitchen. 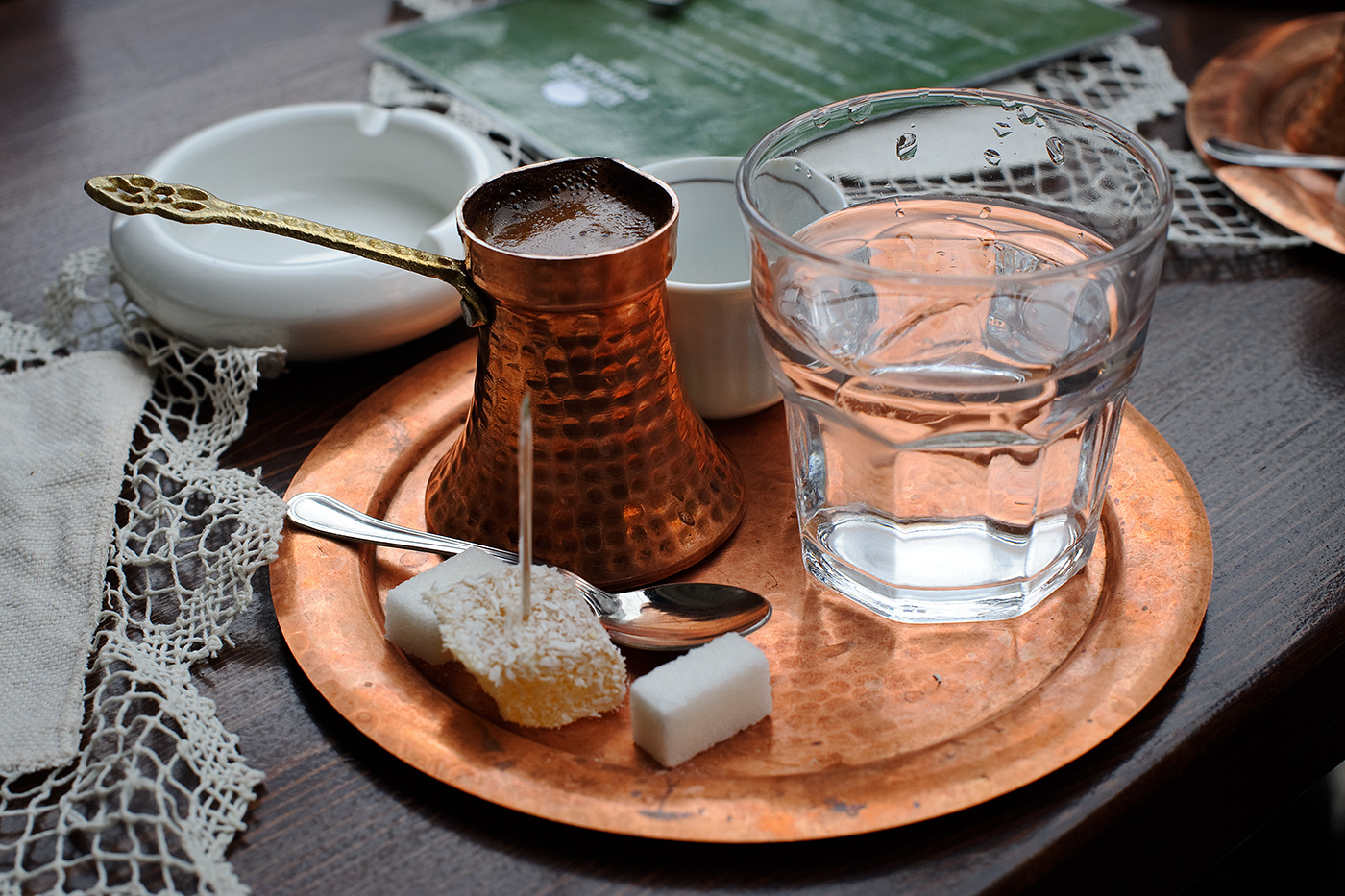 We talk of life after the war and of course love comes up.  She starts to tell me how she met her husband who is three years younger than she is and was also in the military at the same time as her.  We both stop and look at each other with disbelief on our faces and then it clicks.  “Oh my God!  He was underage when he was in the military!” she says.  I look at her: “Does that make him a child soldier?!”

She looks back at me: “It never occurred to me – we had child soldiers?!”

The war ended 22 years ago but it still seems alive in the minds of many Sarajevans.  Sarajevo itself has become infamous for what has been termed the longest siege of a capital city in history—1,425 days. Wherever you go, physical reminders remain—the building pock-marked with machine gun fire, the unassuming plaque attached to a building commemorating a massacre which took place in that very spot, or the Sarajevo rose which scars Ferhadija Street.  Slowly some of these reminders are being patched up and smoothed over, making way for the odd combination of dark tourism and Middle Eastern tourism.

While the physical reminders are still visible, it is the mess, the memories, and the everyday realities of the siege and the war that remain under the surface.  War is always complex. But this war saw sides that once fought together turn and fight against each other pitting those who were once friends as enemies.

As we sit in Zlata’s kitchen she reflects on this and says: “I remember talking over the radio with the ‘other’ side and the person on the other end, well, we knew each other.  He was asking us who was sitting there at that moment.  It turns out we all knew each other.  It’s really crazy—a year before we were having coffee together and laughing and now…”

“It’s almost as if people no longer recognise where they live and are trying to negotiate if and how they belong as well as trying to come to terms with what happened.  When I think about these different groups competing to be seen, to be heard, to belong…it’s crazy! And it didn’t even occur to me that child soldiers existed in Bosnia—not until now.  Not until our conversation.” She adds:  “There already is a real division between civilian victims of war and veterans here in Bosnia and of course each side sees the other being privileged but I imagine this group that we are talking about doesn’t fit within either—they are the outliers.”

I understand what she is saying—I have been exploring this symbiotic relationship in various different forms for the past decade.  A complicated and interwoven relationship exists between the civilian victims and veterans (regardless of ethno-religious background) and an unwritten hierarchy which has developed and it is not clear where underage fighters fit.

By this time we have made our way into her living room and are lounging on her sofa. We sit for a while slowly sipping our coffee in a comfortable silence.

She looks at me and says: “I can see the connections.  It does make sense.”  I ask what she means. “Well, as children we learned about fighting for our country.  It was drilled into us and I can see how we reached the point of having underage fighters,” says Zlata.

“What do you mean?  How was it drilled into you?  How did you reach this point?” I ask.

“Through the Young Pioneers of course!  That’s where we really started to learn” she says.

I tell her I’ve heard about the Young Pioneers before and ask if it was similar to the scout movement. She smiles and begins telling me how they learned about Marxism, Tito and Yugoslavia. I laugh a little at this only because she is sitting directly under a framed photo of Tito. She laughs too and describes how the Pioneers were similar to the Catholic Church where you have your baptism, first communion and confession.

Zlata describes the different songs they sang and how it was organised in a rather military style with troops and squadrons. She tells me how child heroes like Boško Buha, who joined the Yugoslav Partisans during the Second World War and died in battle at the age of 17, were mythologised.

“So…there was a real military element to all of this?! Was this just in the Pioneers?” I ask. 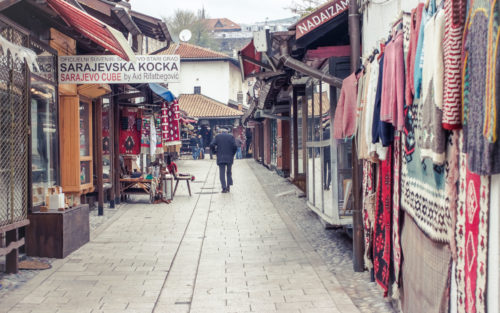 “No, no!  It was just kind of there in our life when I think about it now. We also had the općenarodna odbrana i zaštita (national defence and protection) in our schools from the ages of 13 to 16. We learned to shoot a gun and had to learn every weapon which existed in the Yugoslav National Army [JNA].  I was well aquainted with the concept of a military and we kind of had the idea of protecting our homeland and our people drilled into us,” she says.

“Of course!  But I suppose everyone had his or her own personal reasons to join.  The fact that we had this ‘training’ if you like, I suppose, is just one reason among many why young people joined the fighting”.

“I just find this really interesting. I’m pretty sure most people think it’s happened elsewhere like in Africa or somewhere in distant Asia.  But I suppose it has taken place in the West in the past but we tend to gloss over that fact now,” I say.  “Yip!  Of course it’s taken place in the West but sometimes it’s more convenient to not think about it and look elsewhere.  Even here it’s not really a ‘topic’ and there are few programmes for this group here in Bosnia. The severely limited disarmament, demobilisation and reintegration programme that existed didn’t have any special conditions for this group and there is no form of targeted state assistance for them.  They may have access to some entity-related benefits but it’s rare,” she says.

“So did they get any type of severance pay or psycho-social support when they were demobilised?” I ask.

The answer is “of course not” and she carries on describing some of the issues that some of her friends who are former underage fighters deal with including lost childhood, lost education, and post-traumatic stress disorders.

She looks at me with seriousness in her eyes: “We are really at an intersection here. You know this very well, it’s about feeling you belong and about being part of a society, about being recognised.  But I know many in this group don’t feel this way. They feel they have been forgotten by the state, at least—or the idea of the state or the people they thought they were protecting during the war.  That maybe what they fought for, what they gave up, and what they risked, was for nothing,” she says.

I really don’t know how to respond to this. I want to say something supportive, something positive. I want to be able to confidently say that it will get better but I can’t. They have heard this all before and nothing has changed. I look at her and the only thing that slips out of my mouth is: “Well…” and I am at a loss. She knows it too and just looks at me and smiles. There is nothing to say. She finally breaks the silence: “We just need to be mindful of this group’s perceived lack of belonging and the complexity of the situation,” she says.  “I guess we have to focus on this idea of belonging and start at the grassroots, start with what and who we know,” she says.

*Name has been changed for purposes of confidentiality and anonymity.

Our second story from Bosnia investigates how a wave of protests shone the light on serious challenges facing one of the pillars of democracy, freedom of assembly. 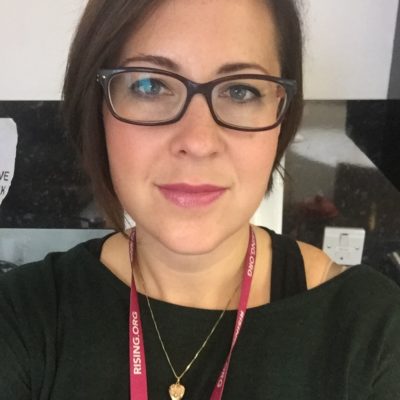