The ones that do speak up are strongly in favour of the UK remaining in the EU (See, for example, the statement issued by the University of Oxford). Their main argument is the same as the one brought forward by Universities UK: Brexit would have a detrimental effect on research collaboration across Europe because there would be more obstacles to researchers’ mobility between the EU and the UK, making it more difficult for researchers to work in pan-European teams and to attract academics from other Member States to the UK.

Brexit would have a detrimental effect on research collaboration across Europe

Even more importantly, it would cut the UK off from EU research funding and some of the world’s most prestigious research grants. The UK institutions are very successful compared to competitor institutions in other EU Member States in bidding for EU research funding and many UK universities depend to a large extent on EU research funding as a recent analysis by Times Higher Education shows. At the same time, studying at UK universities would become less attractive for EU students as they would be treated like any other international student and be subject to the fees international students have to pay. However, leaving the EU would not only cut off EU funding and deter EU students from obtaining a degree at a UK university, but it would also terminate the UK’s participation in the EU’s ERASMUS programme.

The ERASMUS programme, or rather the ERASMUS+ programme as it has been formally called since 2014, is the EU’s programme to support education, training, youth and sport in Europe. ERASMUS+ provides more than € 2 billion EU funding per year, most of which is dedicated to education and training and offers a wide range of opportunities for studying, teaching, working, training and volunteering abroad both for individuals and for organisations engaged in facilitating these activities.

The ERASMUS programme is named after Erasmus of Rotterdam (1469-1536), the famous humanist and theologian, a dedicated scholar who pursued his quest for knowledge, learning and teaching in many parts of Europe. At the same time the name ERASMUS is an acronym for “EuRopean Community Action Scheme for the Mobility of University Students”, the name given to the scheme when it was first introduced in 1987 by Council Decision 87/327/EEC. Whilst ERASMUS+ incorporates a number of schemes the EU has developed throughout the years, such as its “Life-long learning” programme and its “Youth in Action” programme, the original ERASMUS programme was specifically aimed at increasing mobility of university students and university cooperation in what was back then the European Economic Community and has by now developed into the EU.

The ERASMUS programme has been described as one of the big success stories of European integration, offering more than 3.3 million students across Europe the opportunity to study and live abroad, to experience a multicultural environment, to meet new people, to improve foreign language skills, communication skills and adaptability and to experience a different European culture.

The programme works in a simple, but effective way. It facilitates cooperation between institutions that hold an Erasmus Charter for Higher Education by allowing them to set up exchange agreements. When an exchange agreement is in place the participating universities send exchange students to the other institution for a limited period of time (3-12 months) without charging fees. The students are supported by a so-called mobility grant provided by the European Commission. The ERASMUS programme is the world’s largest and most successful student mobility programme and complements the free movement rights for European workers, European businesses and European citizens which are fundamental to European integration and the European Union.

Despite the obvious success of the ERASMUS programme as manifested in the statistical material available with respect to sheer student numbers, but also with respect to the positive effect on employability of participants at home and abroad, the question remains: why does the EU put such an emphasis on this programme?

The importance of the programme is closely connected to the question of what it means to be a “European” and the answer to that question starts with the symbolism attached to the name of the programme. Erasmus of Rotterdam and his remarkable life as a wandering scholar, who gained insights and brought knowledge by dedicating his life to learning, studying and teaching at home and abroad serve as a role model for Europe and what it means to be a European. Learning with and from each other and directly experiencing cultural diversity are the cornerstones of the ERASMUS exchange programme and are the reason for its success. Throughout the years, the name of the programme has become a catch-phrase to describe an intercultural experience that so many students had the privilege to encounter and that is hard to put into words. Yet, the feeling has even found its way into popular culture, for example through the French film “L’auberge espagnol” that captured the Erasmus experience of an entire generation.

But what does it all have to do with Brexit? As the Universities for Europe campaign highlights, leaving the EU would mean not taking part in the ERASMUS programme any more. This would prevent students from the EU coming to UK universities under the ERASMUS scheme and thereby reduce the diversity of the student body in the UK. Equally important, it would prevent students from the UK taking part in ERASMUS exchange across Europe. UK students would also not be eligible to receive an ERASMUS grant. If one takes a look at the latest UK Erasmus statistics (for 2014), this would mean losing about 27,000 incoming students a year, preventing around 16,000 UK students a year from studying abroad and to deny UK students financial support of up to €50 million a year.

But the consequences go much deeper than that. The ERASMUS programme and its success are symbolic of a side of the EU that is not often seen. The objectives of the programme from the outset have not been limited to promoting cooperation between universities, but “to ensure the development of a pool of graduates with direct experience of intra-Community cooperation” and “to strengthen the interaction between citizens with a view to consolidating the idea of a people’s Europe” (Art. 2, Council Decision 87/327/EEC).

The ERASMUS programme provides the platform and the funding for intercultural learning and direct interaction between European citizens that allows a European identity to grow. Just like ERASMUS exchange, European integration has never been limited to establishing a common market, creating a customs union and guaranteeing free trade. Instead the European project has always also been a project for and amongst Europeans.

But what does it mean to be a “European”? Whilst scholars often point towards the lack of a so-called European “demos” – a European people that would be able to form the basis for European democracy – as one of the roots of the democratic deficit the EU is arguably suffering from, the EU itself was never striving towards this kind of uniformity. Creating a “European people” as it is known as the core of a national state, such as the “French people” or the “British people” – whether that still is an adequate description or not – was never at the heart of the European project. On the contrary, the EU has always embraced its diversity.

Creating a “European people” was never the European project; the EU has always embraced its diversity

Whilst the EU Treaty in its preamble envisages “an ever closer union”, a term on which much of the criticism of the EU in the UK rests, the text actually continues “among the peoples of Europe”, thereby fully acknowledging the multitude of peoples in Europe. The same text refers to the EU Member States’ desire “to deepen the solidarity between their peoples while respecting their history, their culture and their traditions”. Yet, more than 60 years of continuous European integration have produced a cohesion amongst Europeans – States as much as individuals – that serves as a basis for European identity as intangible as it might be. Programmes like ERASMUS play a key role in developing and shaping this identity and have provided generations of students with the opportunity to be part of this process.

The question of whether the UK will leave the EU is undoubtedly one of fundamental importance for both the UK and the EU, and as many have already pointed out the outcome of the referendum on June 23rd will decide not just the fate of Britain, but send its reverberations across an entire continent. For universities and students in the UK the stakes are high as membership in the EU guarantees access to research funding, enriches the student body at UK universities, provides opportunities and funding for UK students to study abroad and strengthens the UK Higher Education Sector on the world stage. 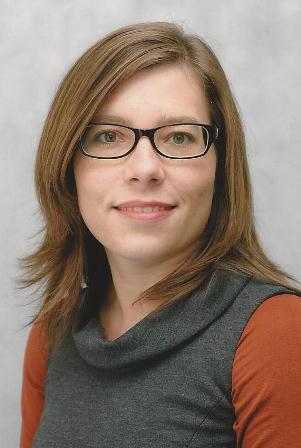