The mass civic gatherings in Cairo’s Tahrir Square in late January 2011 brought an end to the thirty-year reign of Hosni Mubarak and, quite possibly, altered our understanding of the act of protest.

The vast numbers assembled in the Egyptian capital (some estimates number 250,000) were partly provoked by access to new media: Facebook, Twitter and smartphones. It made the technology integral to the mass mobilisation of the Egyptian public.  Mobile phones became, in many ways, the weapon of choice on Cairo’s streets. When things turn ugly, capturing the moment is now an instinctive public response. ‘Film us, we’re being shot,’ pleads one bloodied protestor in ½ Revolution, Karim el Hakim and Omar Shargawi’s Sundance selected documentary. Only a moment later, another says, ‘Go film the people dying over there.’

To some degree ½ Revolution is itself another example of the citizen journalism that emerged out of the Arab Spring. The directors and their friends, all armed with handheld DV and mobile phones, observe events indiscriminately over the course of eleven days as the city spirals into chaos. When they are not filming on the streets, they capture footage from the relative safety of Hakim’s apartment – sometimes managing to acquire curtain-twitched glimpses of passing pro-Mubarak mobs (who increasingly gather in their neighbourhood), at others, their own vociferous reactions to events. The filmmakers, much like the onlookers lurking in virtually every street-side shot poised with cameras, are captivated by a need to bear witness.  True, Hakim and Shargawi are professional filmmakers and documenting events is second nature. The raw footage, though, which is almost always shaky, often unfocused, and at times alarmingly halted (once immediately following the chilling off-camera shout of, ‘Let’s search these guys’), is acquired with the sort of valour only an active participant in the protest would possess.

The final cut, nonetheless, is worthy of its Sundance selection. One can only wonder at the number of hours of footage the group had to capture in order to put together the seventy-five minute edit. And for material so forcibly amateur in its acquisition (one simply could not have safely carried around any larger equipment), what appears on screen is undeniably beautiful and heart-breaking all at once. Perhaps because one knows the Cairo citizens, like the city itself, are highly volatile and that the wide-eyes and the worried expressions on screen are genuine, the flourishes of stylish cinematography are all the more noteworthy. There are hazy long shots of storming crowds and stark, darkened close-ups of increasingly shadowed eyes.

½ Revolution does not trade on the blood and tears of the protestors (although it could quite easily do so, such are the numbers of limp bodies carried through the streets). The more understated repercussions of the gatherings are emphasised.

The audience looks on as Karim and Omar (they have become familiar now) dare less and less to venture out onto the streets to film. Eventually (only in the final passage of the movie) they barely do so at all, limiting their night time footage to swift, lopsided glimpses through their windows.

By the end, when gunshots are clearly audible off-screen, and the footage is interspersed with contemporary news footage, we experience the moments when Mubarak’s ‘thugs’ move in to ensnare protestors in Tahrir Square. The viewer is quite content that the group opt to stay safe indoors. There’s no need to witness beatings and stone-throwing to know that it happened.

There’s no need to witness beatings and stone-throwing to know that it happened.

Perhaps this is a strange arrangement: an audience content for the filmmakers to stay inside, betraying their vocation of gathering direct footage. But, through the film, one’s understanding of the spectacle of protest itself has already been altered. While it is easy to think of the would-be revolution in uncomplicated terms – the heartless autocrat and his faceless accomplices gradually ground down by the persistent protest of the people – ½ Revolution gives us a picture of the very knotty questions of activism. How can one participate in a protest at the same time as raising a family (a dilemma Karim faces)? When, how, and where can food be bought when shopkeepers (quite understandably) have lowered their shutters? How can one deal with the feeling of fear that overpowers any fragile sense of hope?

The film leaves one not necessarily with a better understanding of the events of Tahrir Square, at least no better than the news coverage of the time made known, but one is better equipped to consider the nature of the protest itself. Somewhere between an angered armchair tweet and an impassioned, intemperate act of martyrdom, is a protestor whose disapproval at the state of affairs is not in question, but whose limits are not boundless.

For Karim and his family such a limit is reached on the eleventh day of the protests. Mubarak is still a week away from relinquishing power, gatherings continue to amass in great numbers in Tahrir Sqaure, and the streets across the Egyptian capital are nightly scenes of embittered and volatile conflict. ‘What’s the plan, Karim?’ the filmmaker’s wife asks, to which Karim states they are to leave the city. His mind has all but been made up moments before when, with uncanny accuracy, he prophesises that, ‘Egypt is fucked for at least a couple of years’.

In a tense final exchange, with pro-Mubarak supporters apparently making their presence known on Karim’s street (the footage is as sketchy as ever here), the group make a morning-time exit that somehow renders their earlier filming all the more courageous. Child and bags in tow, rushing to get packed to leave, Karim and his family are suddenly only very ordinary civilians, still protestors but no longer participants.

As for the premature ending, the film is perhaps, as its title suggests, half a story of revolution. But then, three years on we know those eleven days were, numerically, a tiny part of a much larger (and still ongoing) transformation of the country.

½ Revolution strikes deeply, not only in its presentation of the severity of the protests, but also as a demonstration of how protest is an unpredictable cocktail of fear and hope from which all manner of human response is possible. Including powerful cinema. 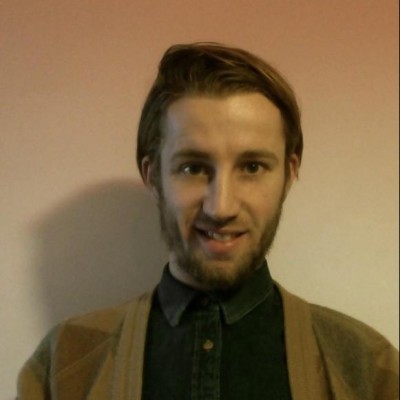