Three years ago, Egypt’s revolution sent shockwaves through the Middle East. The toppling of President Hosni Mubarak appeared to decapitate a regime that had existed, in one form or another, for nearly six decades – surviving multiple wars with Israel, the collapse of its Soviet ally, and waves of Islamist terrorism.

The process was not as peaceful as popular memory has it – nearly a thousand Egyptians were killed, a toll that would qualify the conflict as a war had it involved two states – but it was spectacularly swift, with just over two weeks passing from the beginning of mass protests to Mubarak’s fall. Today, our remembrance of Tahrir Square, the epicentre of the revolution, is tinged with dramatic irony. Mubarak’s overthrow did not heal Egypt’s wounds but widened them. It shuffled political elites rather than breaking apart the social and economic structures on which their elite status had long rested. It allowed Islamists to share power, briefly, with their former persecutors. They colluded to avoid reform of Egypt’s most reactionary power centres – the army, intelligence, service, and police – and competed to exploit the Egyptian state for their own parochial ends. A graffiti at the entrance of Mohamed Mahmoud Street

When this hybrid government collapsed in the summer of 2013, via mass protests culminating in a coup, the result was a regime that looked not dissimilar to that which Egyptians endured under Mubarak – albeit with thousands dead, thousands more detained and tortured, and far greater polarisation between Islamists and their adversaries than at any point since the 1950s. So how should we assess the role of protest in all this? First, that protest does not amount to reform is self-evident. Those who denigrate the term ‘Arab Spring’ on the basis that Egypt (alongside Tunisia, Syria, and Libya) has regressed therefore miss the point. The eponymous Prague Spring of 1968 did not liberate Czechoslovakia, but elicited a counterrevolution spearheaded by Soviet tanks. Yet it also had a powerful effect on the Communist movement across Europe, and eventually on Gorbachev himself.

Similarly, Egypt’s initial mass protests in 2011 spurred on the initially peaceful uprisings in both Libya and Syria. More importantly, and although this was a double-edged sword, it ensured that President Morsi’s government could not govern with the same arrogance and disregard for the rule of law as Mubarak had done for decades, without facing a swift and visible check on its powers. The protests of 2011 could not build a functioning democracy, but they could resist, if clumsily, creeping authoritarianism. Yet the manner of that resistance raises several serious issues about the relationship between protest and political legitimacy. By July 2013, a new grassroots protest movement in Egypt, Tamarod, claimed that it had 22 million signatures against the president, and the bodies to prove it: Egypt experienced protests far exceeding those of 2011 in scope and scale. Tamarod, along with other secular and liberal groups who had protested against both Mubarak and Morsi, welcomed the eventual intercession of the army – who insisted that their actions did not amount to a coup, because of the obvious public enthusiasm for regime change. Today, the army chief, General Abdul Fattah Al-Sissi, is one of the country’s most popular men and a near-certain presidential candidate in the elections that will follow the January 2014 constitutional referendum that itself enhances the military’s powers. A number of questions arise. There can be no doubt that Morsi was freely elected, and that he governed in increasingly authoritarian fashion. But, when we assess the legitimacy of mass protest, does it a make a difference whether a regime is an outright dictatorship, as Egypt was in 2011, or a sort of democratic-authoritarian amalgam, as in 2013? Second, is mass protest merely a modern-day right of rebellion, even when directed against a freely elected government? Many of those on the political left who condemned the coup as an assault on democracy would, a decade ago, have cited (vastly smaller) protests in Western capitals as an independent reason to abandon the rush to war in Iraq; yet mass protest cannot merely serve as a prop for one’s prior political commitments. Does the size of protest – perhaps relative to the population – affect the legitimacy of its cause? The problem with such a view is that it lends itself to demagogic conceptions of democracy, where sheer numbers can trump procedure and principle. Thousands marched today on the parliament, denouncing the army’s crackdown

Third, can the culminating point of protest undermine its own animating force? In 2013, ostensibly liberal Egyptian groups cheered on as the army stepped in, and as they murdered over a thousand Islamists – including many in overwhelmingly peaceful sit-ins. Yet the opposition to Morsi must have known that it was dancing with the devil. The army, during its post-Mubarak rule, had governed with frightening violence. It conducted forced virginity tests on female protesters, detained and tortured with abandon, and refused to accept civilian supremacy. The anti-Morsi protesters of mid-2013 ought to be campaigning against the army’s power-grabs and constitutional manipulation with as much enthusiasm as they mustered earlier; yet they are not, even as the army-led government legally and practically shuts down the very same rights of protest and free speech that enabled the anti-Morsi protests in the first place. Mass protest is therefore a powerful and dangerous tool. Its inherent limits in taking on established structures of power mean that it is all too easily at the behest of self-interested and predatory elements of those very same structures – in Egypt’s case, an army that remains depressingly popular amongst ordinary Egyptians, much like Pakistan’s coup-prone generals. Such a climate of protest allows for bodies on the street to become the currency of power, and for both sides to manipulate crowds in what Max Weber, reflecting on the German revolution of 1918, called a ‘bloody carnival’. Yet without protest, we have only a bloodless but lifeless shuffling of elites, devoid of accountability. The challenge, then, one that remains elusive for Egypt, is managing that entropy of protest. It is a challenge that Egypt and Egyptians are failing.

The Arab Spring: the end of postcolonialism (Zed Books Ltd, 2012) Dabashi examines the Arab Spring, and suggests that it is part of a ‘delayed defiance’ of colonialism and its aftermath. The people now feel empowered to ‘navigate unchartered revolutionary territories.’ According to Dabashi, ‘what triumphed at Tahrir Square was the power of non-violent civil disobedience, the categorical denunciation of violence.’ Yet, as Shashank Joshi notes in his article for Lacuna the protests/revolutions were not peaceful and Egypt is still embroiled in conflict.

The New Middle East: The World After the Arab Spring (Bloomsbury Publishing, 2013) Paul Danahar, the BBC’s North America bureau chief begins his introduction to his book, addressed to the Middle East Institute with the following story: ‘Three years ago today, the uncontrollable rage of a generation of young people over the prospect of a wasted life was ready to explode. It had been bottling up for years and it took a single life to release it. That was given by a young man called Mohamed Bouazizi.’ Danahar’s book relates his vivid experiences as a reporter in the Middle East before and during the Arab Spring. He argues that ‘this is a new Middle East because the people in the region now have a voice – they will not go back to sitting on their couch as passive observers…’

After the Arab Spring: How Islamists Hijacked the Middle East Revolts (Palgrave Macmillan, 2012) Unlike other books, the Arab Spring is not presented here as the beginning of a brave new world. Instead, Bradley argues that the Arab Spring has given a space for fundamentalist Islamists whose regimes will provide less stability than those previously ruling in the region. 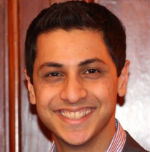