The word ‘epic’ isn’t often associated with the work of comedian Mark Thomas. Reviews of his TV shows, stage gigs, stand up, books, are more prosaic. They tend to dwell on his ability to couple comedy and tragedy: ‘John Pilger with laughs’, ‘funny and thought-provoking’, ‘horrifying and hilarious’. But do these plaudits do the man justice? Hasn’t his twenty five year calling assumed an epic character?

It’s tempting to think so looking back over his many writings and recordings and then talking with him in his dressing room shortly before he goes on stage to perform 100 Acts of minor dissent. This is his latest show, touring until May 2014. He may have begun our interview with the warning that above all else he is a ‘paid egotist,’ but he can’t really hide the clues to a life of uncompromising protest.

Perhaps his self-declared influences are enough to confirm his intent: Bertolt Brecht, the Clash, Caravaggio, the Miners’ Strike, all epic, all raw seriousness. Seeing The Caucasian Chalk Circle when he was 16, he says, showed him what could be possible on stage. Hearing the Clash in his late teens was like pogoing to a manifesto. Peering at the majesty of a Caravaggio painting in a church surrounded by the slums of Rome reminds him of the humanity in art; feeling the anger at the official violence released by the Thatcher government against the miners in the early 1980s. Eclectic but deeply solemn influences. If comedy is his way of responding to what outrages him, then it’s the use of a talent for an enduring purpose rather than an end in itself.

And there’s something grandly rebellious that connects all his many productions. Mischievous he may be, a prankster, joker, someone who loves to shock and shake his audiences, but when pressed he reveals a belief in the ‘transformative potential of art’ and the political imperative to ‘do something’ faced by injustice. It’s a powerful combination, a personal philosophy that seems to bind the years spent in clubs, theatres, TV and radio studios, out on the streets, challenging authorities, getting involved in campaigns, undertaking investigations, writing exposés. A life of artistic anger.

There’s always the possibility, of course, that Thomas has constructed that deadening thing called a ‘career’ from his protest comedy. The cynic might think he’d made a nice living out of his ‘activism art’. But this would be a pathetic distortion. There’s no scent of ‘sell-out’ surrounding Thomas. When I ask him about his TV work and relationship with the mainstream channels, he’s dismissive. He says he was once asked to do a voice over for thrush cream on the back of his TV shows and laughs thickly at the absurdity of any temptation. Even if this was a genuine prospect, even if better opportunities for money-making had never materialised, even if he was outside the ‘system’ because they wouldn’t let him in, Thomas’ record defies the charge of human rights careerist.

Read his books carefully and you’ll see someone who is either putting on one fantastic act or deserves to be an inspiration as an implacable activist. These aren’t ghosted autobiographies. They’re records of commitment and resolve to ‘find out’. Unlike his stage shows, they don’t mutate with audience participation. His accounts of walking along the length of the Israel-Palestinian Barrier, chasing down the global offences of Coca-Cola, unveiling the ruthlessness of the arms trade, are coruscating stories, Herculean tasks. The targets are never less than leviathan. Nor are the campaigns short-lived. That contemporary tendency in the general media to respond fleetingly to wrongs and then move on doesn’t afflict Thomas. These are all tales of persistent investigation, naming, shaming and protest that last years. He simply never gives up.

That suggests a classically epic role. He doesn’t just describe the manifest abuses inflicted by corporations and states – he takes us there personally. This is enquiry rooted in the witnessed, sometimes shared, experiences of those who suffer wrongs. Thomas says he always wants to find out for himself what’s happening. It’s this that drives him forward. He doesn’t rely on the accounts of others found on the internet. They may substantiate his researches but they are never enough. If the scale of Thomas’ persistence is grand, his focus is microscopic. Maybe the latest show reflects that. It’s often more about irritations with contemporary life than great human wrongs. But he justifies this when he says no act of progressive legislation has ever arisen without first someone, somewhere saying, ‘I withdraw my consent’. Faced with seemingly intractable systems and faceless institutions, it’s the tiny acts of resistance that might be more effective in achieving change. It’s about ‘ordinary people doing ordinary things,’ he says. ‘If only the margins are open to us, then fill the margins. You do what you can.’ This is more than a defence of his contribution. It’s a call for everyone to get involved.

And getting involved is what Thomas does and provokes so well. None of the shows or books has been constructed without him first getting his hands and feet and everything else dirty. In Extreme Rambling Thomas tells of his visit to the village of Bil’in during his walk along the Israeli Barrier. Every Friday the protestors come. Every Friday the Israeli army come too and gas the protestors. Thomas is caught in the open with them. ‘My eyes start to sting,’ he writes, ‘making me blink. I twitch and shake my head, but the irritation intensifies. My nose starts to run, my throat rasps and rattles, my lungs are numb and heavy. I can’t feel myself breathe, I don’t even know if I am breathing. I want to gasp for air but am terrified of gulping down more of the stuff.’ He’s not simply an observer. All of his writing is tinged with this very personal experience. It’s not arm’s length. The tear gas is real.

I’m pretty sure that Thomas would ridicule mercilessly all that I’ve written here. Allusions to the heroic and the epic would bring down withering invective I have little doubt. But that would be all part of the act, the act that may be egotistical (would have to be to put himself in front of diverse audiences for a generation or more – he’s over 50 now) but is the essential thread that defines Thomas’ special value: he makes all of it funny. He is funny.

Of course, comedy and protest are familiar partners. Ridicule, satire, stand-up jokes, have always been integral to social or political conflict. Laughter can quickly bring people together in opinion, can raise spirits in opposition to power. Make people laugh at a pompous politician or general or faceless institution and you can slice through tedious debate and at the same time make them vulnerable. I remember talking to a long-serving investigative journalist once, who spoke viciously and at length about the perpetual abuses meted out by our political and corporate institutions. When he’d finished lamenting the unremitting injustice I asked him what we could do about it. Everything seemed hopeless. He said, ‘Laugh at the fuckers. They hate that.’

Mark Thomas might well think the same. It’s his ability to use comedy and laughter to expose wrong-doing or unjust practices as essentially human, as the product of individual human beings making decisions that affect the lives of others, which is ultimately Thomas’ greatest asset. Recounting an outrage may be necessary, but the ability of humour to add that human dimension (for those who suffer and those who perpetrate), turns comedy into an empowering experience. Who knows whether Spitting Image in the 1980s and 1990s made much of a political difference? But turning Margaret Thatcher and every other public figure of note into puppet characters we could laugh at pricked their impregnability. They lost some of their veneer of authority in the process.

Perhaps this is what separates Thomas from many other contemporary comics and political comedy in general. There are plenty of comedians who are overtly ‘political’: Mark Steel, Charlie Brooker, Jeremy Hardy, Alexei Sayle. No doubt they get involved in many causes too. Look at Russell Brand and his recent public engagement in the Hacktivist Anonymous protest. Andy Zaltzman, has written recently about being a ‘political comedian’ today, but this is portrayed as a difficult career choice, rather than a vocation. It’s almost becoming a celebrated pastime, to be dipped into by politicians themselves (including Nigel Farage and Jack Straw – just listen to Matt Forde’s interview-show The Political Party). The irony surely can’t be missed: making fun of politics is one thing. Making politicians funny is another. And making comedy work for a purpose is something different again.

Thomas seems very conscious of this difference. He says his shows are about action not just entertainment. It suggests comedy is not the point. ‘Join us now,’ is the message. The audience and the show become part of the cause he’s pursuing not simply a representation of it. Every laugh he gets at the expense of the arms manufacturers, politicians, corporate executives is a little victory in that campaign. And if he manages to get members of his audience to take part in dissent then perhaps these are successes which matter as much as the grand public gestures of protest.

As we wind up the interview (he’s talked non-stop for an hour and a half a short while before going on stage), he suddenly becomes wistful. He remembers a demo at Menwith Hill Base, wonderful moments, he says, with 500 people at the spy station, DJ truck blasting out music on 4th July (they called it ‘Independence from America Day’), walking round the base, loads of coppers, old crusty bloke turning up in drag, he being forced to wear a kimono and feather boa and army boots. And then he says, ‘I remember sitting on a police car bonnet with some friends posing for a camera and thinking, I’m really happy. In the middle of all that chaos I’m at my happiest. I’m not sure what that says about me.’ Maybe it says it isn’t just a job or a comic turn.

Now he’s passed fifty, a recurrent theme in the conversation, he pauses to think what the future will hold. ‘I wonder if fifteen years from now I’ll be doing radical routines on Saga cruises,’ he says. I really can’t imagine that. If the last twenty five years are any indication, he’s more likely to be on some demo with a megaphone, making his target look preposterous with his jokes. Mark Thomas has written a number of books. Extreme Rambling charts his journey along the Israeli Barrier, a walk of more than 450km. His aim was to experience the Wall for himself, to see something of its impact on the people living on both sides. It’s a book which the phrase ‘a tour de force’ could have been invented to describe. 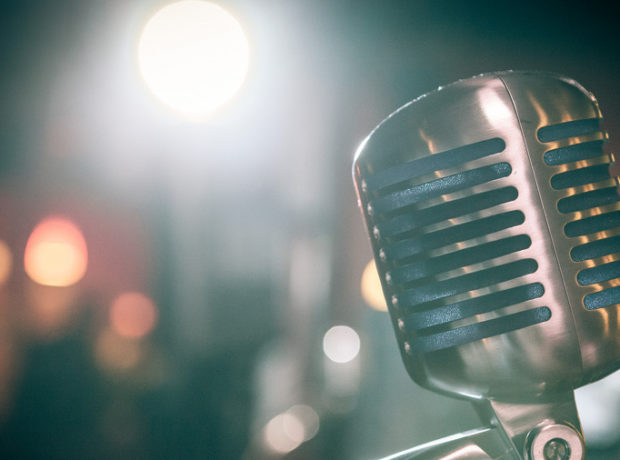 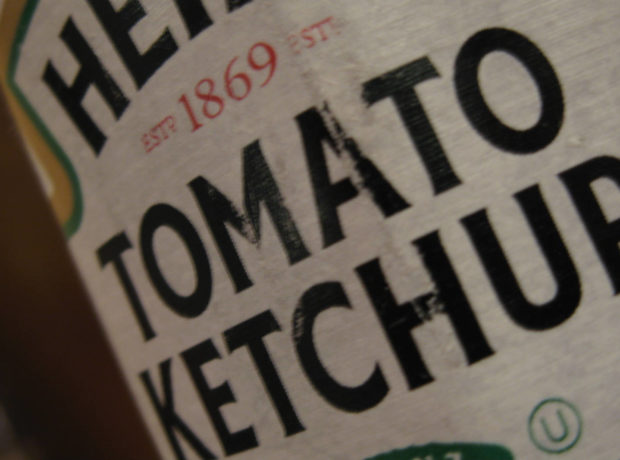