One of the least-known stories of the First World War is also one of the most fascinating. It also, sadly, remains one of the most controversial. The story of Britain’s 20,000 Conscientious Objectors is one of men and women enduring ridicule, persecution, torture and even death as punishments for standing up to the military machine.

From the seemingly minor act of saying “No” to conscription, militarism and war, a huge cast of radicals, socialists, artists, immigrants, non-conformists and politicians from every faith, community and way of life in the country became caught up in a brutal and often incompetent system that would see many of them pushed to the fringes of society and punished beyond any foreseeable expectation.

For the Peace Pledge Union, the Centenary of the outbreak of WW1, with its focused public attention on the issues and debates surrounding the conflict, has been the perfect time to bring some of these stories to light. Our Objecting to War project aims to educate the general public about Conscientious Objectors in their local areas, and remind people that the most difficult decisions and actions that work towards peace can be made by ordinary people at any time. The story of COs is enormous, with its 20,000 men having almost 20,000 different experiences, thousands of supporters – many of them women – doing incredible work to keep Conscientious Objection in both the political and public eye throughout the war. No one article could hope to cover the whole story. But one question stands out: why did these men object to war?

From June 1914 onwards, Europe’s armies were flooded with young men eager to join up. In Britain, August and September saw huge numbers willing to join in and “do their bit”. Contrary to the commonly held belief, this enthusiasm was fleeting. By early 1915 recruitment had dropped below the 100,000 per month mark for the first time.

Even conservative estimates predicted that with relentlessly increasing casualty rates,1916 would see casualties outstripping recruitment. The Military and Civil Government response was incendiary: conscription into the armed forces, for the first time in British history, would be introduced with the Military Service Act 1916.

The Military Service Act was not intended to issue reluctant volunteers with call-up papers. Its powers were rather more sinister. From the 2nd March of that year, all British men aged between 18 and 41 were considered to be in the army.

For millions of men around the country the only escape route from being forced to fight and kill as a conscript soldier lay in the exemption clauses in the Act. Initially, only four exemptions existed: for men involved in war-related industries; to prevent unnecessary financial or domestic hardship; for ill health; and finally, for Conscientious Objection to combatant service. The CO clause had been hard won in Parliament by a coalition of Radical, Liberal and Religious MPs and even defended in the Lords by those who truly believed in the English Liberal causes of individual and religious freedom.

Conscientious Objection was intentionally narrowly defined as “A Conscientious Objection to the undertaking of combatant service”, though there were no legal limits to how and why a man may have developed his Conscientious Objection. While a system of Tribunals were put in place to judge applications for exemption, the belief was that they would be largely unnecessary, and that the British public would be self-policing, appearing at recruitment centres, marshalling yards and barracks ready to become conscript soldiers.

Instead, somewhere between 18,000 to 20,000 men registered their fundamental opposition to fighting in the First World War, and applied to Tribunals all around the country as Conscientious Objectors.

Applying for exemption was a relatively simple process. After filling in the everyday details of life required by the bureaucracy, an applicant had to outline the reasons why they should be exempted. While some COs simply wrote “Conscientious Objection”, others submitted letters, leaflets and even books attempting to explain their motivation for applying.

These documents make for fascinating reading and show the full spectrum of political and religious dissent in early 20th Century Britain. The motivations of the around 2,000 Greater London COs are best known, and are likely to provide a reasonable indicator of the types and numbers of COs elsewhere in the country.

Religious faith was the main factor given for over half of the COs in Greater London. Christian COs were by far the most numerous group and shared much common ground. Typically from non-conformist denominations, though Roman Catholics and Church of England men also registered their opposition to the war, they took Christian pacifist teachings as absolute justification for an anti-war stance. Quakers, Jehovah’s Witnesses (then the International Bible Students Association) and Congregationalists make frequent appearances in the surviving records, and remain groups that are strongly committed to pacifism and the right of individual Conscientious Objectors. Representatives of other minority faith groups can also be found. A significant Jewish CO community existed in East London, while men from London’s small Buddhist, Muslim and Hindu communities also professed conscientious objection. While from often very different religions, these men shared the same essential motivation; that their participation in war on a personal level and the nation’s participation on a wider level was against the tenets of their faith.

While religious COs make up the largest group, conscientious objection was by no means a religious movement. Around 40% of London’s COs were motivated by political and labour issues. Political COs were overwhelmingly left-wing, having some connection to the Labour, Socialist, Communist and Independent Labour parties – often to several. The ILP and BSP were the largest and certainly most vocal groups of political COs, who usually objected to the war both on socialist grounds (as one London CO put it:: “I have no intention of fighting the capitalist’s war”) and on international grounds, seeing the solidarity of the working class as superseding any national boundaries. Why fight your fellow worker at the behest of your employer? Other forms of political objection were less common. Away from the far left, Unaffiliated and Liberal COs tended to object to conscription as an infringement of civil liberties, rather than against war per se, an argument that was expanded by the extremely visible and vocal minority of Anarchist and Libertarian men.

While all COs faced varying degrees of discrimination and hardship throughout the war, Political COs seem to have had a generally tougher time than religious objectors. The religious position, while often seeming alien to the opponents of Conscientious Objection was at least theoretically within their ability to grasp. An argument tying the war to international capitalism, exploitation of the working class or to a shadowy cabal of bourgeois warmongers was a little more difficult to grasp. Political COs advancing sometimes complex, and sometimes offensive, arguments to a Tribunal stood a good chance of being turned down altogether.

The last significant group of conscientious objectors were motivated by nationality. Pre-war Britain was home to thousands of economic, religious and political migrants from mainland Europe. Whether moving for employment or fleeing religious persecution, Austrian, German and Russian families had long since settled, raised families and often become anglicised. For some men, conscription would mean taking up arms against a fondly-remembered home country, or fighting (potentially at least) against family members. Sons of German and Austrian immigrants, born in Britain, were subjected to a torrent of racist abuse from 1914-1916; how and why would they then be expected to fight for a nation that encouraged their abuse? For Russian immigrants and their families, the situation was very different. Largely immigrants fleeing from religious persecution, especially in the case of the significant Jewish immigrant populations of London, their explanations to the Tribunals were angry. The prospect of being forced to fight, kill and die in support of the tyrannical autocracy of Tsarist Russia was an absurd joke to some, and a terrifying threat to others.

These divisions between religious, political and national COs were rarely clear cut. Not only would many men list multiple reasons for objecting to war and conscription – Walter Hohnrodt, a Haringey CO was a Christian, Socialist and the son of a German immigrant – but the nature of their surroundings made it likely that they held many different and sometimes conflicting views. In the communities that made up the bulk of Conscientious Objectors – working and lower middle class labourers and clerks – religion and politics were closely aligned. Sometimes they became more complex as COs discussed their varying reasons amongst themselves. It was not unusual for a CO to have entered the system by registering a religious objection, only to come out of prison, work camp or non-combatant army service a committed atheist and Communist – and vice versa.

Though lower middle and working classes predominate amongst objectors, there were significant groups of upper and upper middle class COs. Every local authority, profession and background produced at least some Conscientious Objectors. Only rough patterns can be discerned – more political in the great union cities of London, Glasgow, Sheffield and Manchester, and more religious in the rural districts of the Home Counties and northern Scotland – but these are by no means prescriptive.

Studying the evidence of CO motivations gives a significant insight into the “who’s-who” of dissenting opinions during the First World War, and the startling array of individuality in what can appear to be a fairly cohesive movement. From anarchist and communist dockworkers through to Oxbridge-educated Liberals, poets and philosophers, the range of reasons expressed by men who refused to be conscripted into the army shows something very important about Conscientious Objectors in general – that they could well have been anyone.

It might be tempting to write off the story of COs as a few political and religious extremists, but the plurality of motivations suggests that just about anyone of any political stripe or faith could become a CO. They were very ordinary men. Their motivations and principles give a clear example of how ordinary people can hold an anti-war mindset, and how that can translate into action that resists militarism and works towards peace.

At the Objecting to War project of the PPU, we are constantly struck by the variety of types of objection, but also by the universality of the action itself. Objecting to war and conscription united thousands of people in many disparate groups. Researching into the CO movement, it’s obvious that it was a source of pride for the peace movement of the day that COs did not deny help to others based on religious, political or racial grounds. The movement was non-sectarian and different groups worked together in mutual support. As individuals with their own motivations, COs indicate the many different ways a person can become a pacifist, or hold an anti-war stance, and as a group, they suggest that a collective effort towards peace and away from war is possible.

For more information on the Objecting to War project visit: www.ppu.org.uk/nomorewar/ @PPUtoday 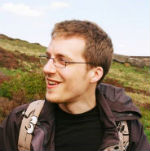