Timbuktu is the latest movie by Mauritanian film director Abderrahmane Sissako. Based on the recent military advances made in northern Mali by fundamentalist groups (which led to the French bombing campaign in January 2013), Timbuktu narrates the tragic consequences for ordinary Malians suddenly thrust under Sharia law, and their complex relationship with their new rulers.

Timbuktu is a visually stunning film cleverly using gorgeous, tranquil scenery in dramatic contrast to the fraught moral difficulties of life for a small town in Mali suddenly taken over by jihadists. The film opens with an antelope, running and dodging jihadists’ bullets. As the antelope darts across the sparse desert, Timbuktu comes into view, yawning blue skies, vast white sands, ancient stone houses. Here is the appealing setting in which the town’s people will battle for freedom and to maintain their way of life.

The film moved location to south-east Mauritania after a suicide bombing forced the crew to leave Mali.

The narrative follows Kidane, a cattle herder, and his family, as they struggle against the disruption of the jihadist invasion. The family live in a traditional Tuareg tent outside of the city, laid with rugs for a floor and no modern amenities; beneath the stars they sing and lead a simple but seemingly happy life. When Amadou, a local fisherman, kills ‘GPS’ (the family’s favourite cow) for getting caught up in his nets, Kidane confronts him and a fight breaks out, leading to Kidane fatally shooting Amadou. Here the film weaves Kidane’s personal story with that of the new regime. Under the version of Sharia law imposed by the jihadists, Amadou’s mother must forgive Kidane (she refuses), or Kidane must give the grieving family forty cows (he only has seven). Without 40 cows, Kidane’s sentence is death.

What resonates most about this film is the bravery with which people defy the jihadist’s laws and fearlessly face the consequences. Simple pursuits such as listening to music, smoking, playing football are all banned. But it is the women and children who suffer most under the new rules. Women must wear socks and women selling fish at the market must wear gloves. When one woman says, “They made us wear the veil, now gloves,” it questions not just the new laws but also the controversial issue of whether or not wearing a veil is a woman’s choice. When a group of young people are caught playing music, the woman among them is singled out for 80 lashes (double what was originally decided) for being in a room with men not from her family. As the lashes fall, she screams and cries, and then begins to sing. It is a powerful moment, revealing her defiance. This sense of female strength and resistance recurs throughout the film. It is the women who stand up most movingly to the jihadists’ rule. They are fearless and refuse to accept the new laws. It is a woman who stands in front of a jihadist’s car as it tries to enter the city, spreading her arms wide and refusing to move. “I want to tell the stories that are not told or are not told enough,” says Timbuktu director Abderrahmane Sissako

Of course it is also the children who, as the city’s imam says, are growing up in unstable surroundings, unsure of what is right or wrong. They lose their family members, either to the jihadists’ punitive interpretation of Sharia or to the cause of jihad. The film ends with the camera’s gaze following Kidane’s daughter Toya frantically running through the desert without direction, paralleling the start of the film with the antelope, a comment, or perhaps a warning (as sporadic fighting still rages in Mali) that it is the children, powerless to fight back, who will lose most in the battle between the jihadists and their parents.

But the film does not fix its gaze only on those who resist. The jihadists are also portrayed, though it’s difficult to place them; they don’t appear to be locals and they speak a mix of languages; perhaps they are supposed to depict the Islamist group Ansar Dine, who in recent years have attacked Timbuktu numerous times and are a notorious fundamentalist group in northern Mali. They are far from pious and seem equally unsure of what is ‘officially’ right and wrong. At one point, though smoking is banned, one of the lead jihadists is seen consistently dragging on a cigarette. And in another scene a group of jihadists happily discuss football and famous players only for the same men a little later in the film to punish a man for owning a football and check that a group of boys are not playing the sport. Touchingly, the response of the boys is to play with an imaginary ball.

The film exposes the contrast between the jihadists’ declared beliefs and their behaviour. There is no overarching plan to their ‘rule’; they seem to make up their own laws as they go along. One night whilst on patrol, some jihadists’ hear singing, which is banned, but then realise that it is a song of praise for Islam. Perplexed they call their leaders and ask if they should stop the music. We can see them battling within themselves as to whether this sort of music is actually bad. It appears that their belief in Islam is strong, but the town’s existing imam questions this version of the religion, which is without leniency, forgiveness and piety.

The imam is an interesting character, providing a quiet counterpart to the jihadists’ fundamentalist version of Islam. And he is the only local person they listen to. When they march into the mosque demanding that he let them make an announcement, he declines because they are carrying guns in a holy place. They leave without any argument, showing us that there are certain regulations not made by them that they will abide by if he (but only he) points them out.

If the film intended to depict the hypocrisy and irrationality of the jihadist’s actions, then it has achieved its aims. But more than this, it creates a richer narrative for the jihadists, giving viewers a more nuanced picture of the rebels as people, rather than just names and violent actions in the news. It is a rare film entirely absent of a Western perspective, recognising that it isn’t just western countries battling against the fundamentalists, as is often portrayed in Hollywood and international media. We see what is like for people living under occupation. They are not soldiers and they are not fighting a battle from afar. They are ordinary people. 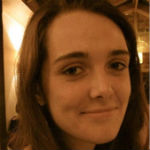