The death of George Floyd during the COVID pandemic has had global significance and sparked worldwide protest. Andre L Ryan asks how Black Lives Matter supporters can turn this moment into a movement that lasts far beyond COVID-19.

The world bore witness for 8 minutes and 46 seconds of an unarmed and non-violent man’s last moments on this earth. “Please, I can’t breathe,” George Floyd begged, as Derek Chauvin of the Minneapolis Police Department, knelt upon his neck. The reason for George Floyd’s death, it seems, was simply that he was black and poor. So it rightly follows that there is much pain and anger, with young and old, black and white, around the world, coming together in solidarity to protest against a racist and evil killing. The death of George Floyd has sent shock waves to the consciousness of the masses.

But sadly, the circumstances in which George Floyd died are nothing new. Both here in the UK and in the US, the death of Black men in police custody is a scarily all-too-casual pattern. The deaths of Christopher Alder (1998, UK), Sean Rigg (2008, UK), Eric Garner (2014, US) and Freddie Gray (2015, US), to name a memorable few, serve to remind us of the reality of the situation. Black men dying in police custody has become habitual and, to some degree or another, socially tolerated.

The reason why George Floyd’s death is different; the reason why it is resonating with so many people beyond the Black community, is because in “the new normal” of these COVID-19 times we have all become aware of our own vulnerabilities.

And how despite living in a capitalist world that promotes a zero-sum winner-takes-all culture centred upon the individual, this global crisis has made us aware that we all need each other. Communities and caring is what’s getting the majority of us through this.

George Floyd’s death has sent shock waves to the masses because many of us recognise he could be the delivery driver who brought us essentials when our cupboards were running low; the carer who spent the last days with our elderly loved ones providing comfort and compassion; the cleaner keeping our streets, transport and schools clean and safe. George Floyd is not just another Black man killed by the police; he could be a part of our community. And that’s what makes him a part of us.

It is for these reasons that the protests are so important. If we are truly to live by the values of democracy, freedom of speech and expression must be allowed to flourish. Though these protests will not bring George Floyd back, civil disobedience represents the first steps towards healing and addressing the issue. It is the first step to achieving justice and closure. As citizens of democracies, we are afforded this privilege that persons under the yoke of totalitarian regimes are not.

It could even be argued (and has been by Kimberly Jones) that rioting, looting and symbolic acts of vandalism while not legal, are in fact legitimate. There is, she argues, a social contract, which must be upheld on both sides. If the State refuses to recognise the dignity and humanity of the very people who have given it consent to govern, it becomes the people’s civic duty to make it listen and demand the bargain be fully upheld.

If we are truly to honour the memory of George Floyd and the countless others that died before him, we must not let this moment of change pass us by. For all of those who believe in social justice, equality and fairness, this is a chance to make a real difference. This could be a generational turning point.

To quote Hamilton: “This is not a moment, it’s a movement.” There is light out of this dark tunnel; something good can come out of something so bad. When the economic downturn kicks in and pockets feel the pinch, we must not forget that we are more similar than we are different. We must resist the politics of hate and division and fight it aggressively with love and compassion, just as we are fighting it now. We must not forget, our shared sense of community, humanity and vulnerability. Black Lives Matter because human life matters. This is what the global crisis of COVID-19 has taught us. This is how we honour the memory and life of George Floyd and fight systemic racial inequality in the police and in any other institution it infects.

The attack on George Floyd is an attack on human dignity. It attacks us all. So, let’s ask ourselves, how can we remember this when the protests fade away? How can we make sure George Floyd’s death was not in vain? How can we turn this time of global crisis into a global triumph?

Main image taken at the George Floyd Black Lives Matter protest in London on May 31 2020 – by Steve Eason. 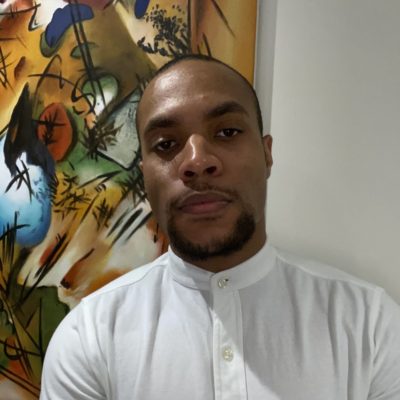