Amid this week’s drama in the Houses of Parliament, a Commons debate heard our writer’s moving testimony of growing up both lesbian and Muslim

While the proroguing of Parliament, the rebellion against a no-deal Brexit and the resignation of Speaker John Bercow have dramatically divided MPs this week, one cross-party debate resulted in rare unity, when MPs discussed the subject of LGBT acceptance in schools.

The powerful story of Lacuna writer Deenah al-Aqsa was quoted in the Westminster Hall debate, when Daniel Kawczynski, MP for Shrewsbury and Atcham, made a passionate speech about his own experience of growing up as a Christian and later coming out as gay.

Mr Kawczynski, a Roman Catholic born in communist Poland, said: “The Catholic Church in Poland…was at the forefront of teaching young people and society at large that being gay was a sin, that it should be punished and that people who had the temerity to fall in love with a same-sex partner would ultimately go to hell…That had a huge impact on a generation of children in communist Poland as they evaluated their self-worth and how they felt about themselves, given that the Church and state were so homophobic. The irony…is that we have subsequently come across so many cases and prosecutions of Catholic priests, whether in Ireland, America or many other countries around the world. Catholic priests have been informing us from the pulpit what a sin homosexuality is, but in their spare time, when mass is over, they have been going out and sexually abusing young boys on an industrial scale.”

Speaking about the anti-LGBT protests outside Birmingham’s Anderton Park Primary School, Mr Kawczynski appealed to the protesters to consider the impact on vulnerable young people and quoted Deenah’s story, saying: “When I think of how the knot in my teenage heart could have been loosened if I had even one lesson at school telling me I wasn’t broken or put together wrong…I realise that this isn’t a religious or even spiritual debate. It’s a matter of human rights.”

Labour MP Harriet Harman commended Mr Kawczynski’s speech, saying: “It has been so powerful and heartfelt that I have no words, except to say how much I applaud absolutely everything he has said. I want him to know that I think his words here today will mean that the knot in many teenage hearts will have been loosened.”

Nick Gibb, Minister for school standards, concluded: “I hope we can all agree that children are never too young to learn about love, kindness, tolerance, difference, compassion and empathy, as part of creating a cohesive school community and in building a tolerant society.

“We need to do all we can to loosen the knot in the hearts of LGBT young people with relationships lessons and with role models, such as some of the hon. Members who have spoken in this important debate with such eloquence, passion and honesty.” 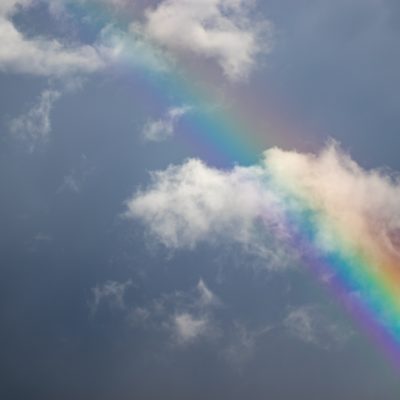