In the weeks since Theresa May announced there would be a snap general election in the UK, a host of politicians, commentators and interviewers have revived their interest in food banks.

Andrew Marr, in one of the first televised interviews of the election campaign, pressed the Prime Minister on revelations that nurses were having to resort to food banks. The Labour leader, Jeremy Corbyn, has repeatedly made reference to the pervasiveness of food banks in attempts to demonstrate the growing levels of inequality and injustice in society (including in Wednesday’s BBC election debate). And just this week, Conservative MP Dominic Raab sparked outcry when he characterised “the typical user of food banks” as someone who simply “has a cashflow problem episodically”.

These references highlight the extent to which food banks remain an emotive and contested issue. But they also point to the superficial ways in which they are often discussed – a superficiality which belies the complex and evolving nature of charitable food assistance and hunger in society.

Over the next few weeks, Lacuna will be publishing a series of articles as part of a special edition ‘Beyond the Food Bank?’ These pieces will explore the changing ambitions and strategies of food banks; the emergence of other community-led food initiatives, and the ways in which the proliferation of food banks has prompted academics and campaigning groups to ask broader questions about – and seek alternative solutions to – food poverty and inequality in the UK.

The first collection of pieces, published today, focus primarily on the food bank.

In Foodbank Futures, James Harrison explores how the strategies and ambitions of Trussell Trust foodbanks in the UK have changed in recent years. After conversations with volunteers and managers of various foodbank centres across the country, he highlights a striking diversity of approaches even within the Trussell Trust network. James also interrogates the factors causing foodbank usage to rise, the new challenges and opportunities facing foodbanks today, and the possibilities for the future.

In our second feature piece, Kayleigh Garthwaite asks: ‘When did emergency food provision stop being so…emergency?’ Reflecting on her experiences of volunteering with a Trussell Trust foodbank in Stockton-On-Tees, Kayleigh highlights the complex issues that can force people to rely on food aid, and offers a powerful rebuttal of the notion that this complexity can be an excuse for inaction. Kayleigh looks at how the Trussell Trust has developed a number of initiatives aimed at dealing with these longer-term issues and points to new initiatives also attempting to offer support, before asking whether even these are capable of solving the underlying problems that people are facing.

Alec Spencer has also had direct experience of working with a foodbank in recent years. Here, he reflects on ‘four years of food parcels’ in West Cheshire. He expresses an unease about the widening gaps in the welfare safety net and insists that “charity is not a substitute for justice”. Alec talks about some of the innovative work that is being done to try and move “beyond food parcels” in the region, and discusses their attempts to develop a more collaborative approach to addressing food poverty, one that emphasises dignity, justice, community and the active involvement of those with lived experience of the issue in the decision-making process.

One of the most striking statistics in the Trussell Trust’s latest annual report, published in April, was that the single biggest factor behind foodbank referral during this time was ‘low income’. And indeed, zero hours contracts, low wages and a lack of employment rights all form part of stories told in this edition. In the final piece published this week, ‘Hand to Mouth’, Ben Richardson takes a broader look at the relationship between insecure work and people’s diets. Using Guy Standing’s notion of the ‘precariat’ as a starting point, he explores the ways in which irregular working hours and the loss of workers’ rights have affected people’s access to healthy food. Ben also looks at possible responses to the issue, and asks whether there is potential for the ‘precariat’ to mobilise politically around the issues of health and hunger.

Worker’s rights; welfare support; access to healthy food – these are all issues that are deeply entwined with the story of food banks in the UK

The general election is just days away. With much of the debate still being dominated by ‘Brexit,’ these pieces are a timely insight into some of the social and economic injustices that are affecting communities here in the UK right now. Workers’ rights; welfare support; access to healthy food – these are all issues that are deeply entwined with the story of food banks in the UK, and they are all fundamentally affected by national policy decisions. Whatever the outcome of the general election, these first pieces in our ‘Beyond the Food Bank?’ special edition make clear that there is a great deal of work to be done. 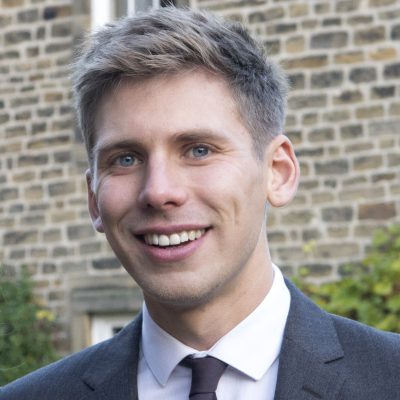