In the run up to the general election all political parties are promising to increase public spending. But the past decade of austerity has transformed the UK’s welfare system, forced structural changes, and transformed the relationship between state and society. Muireann O’Dwyer argues a real end to austerity demands a more thoughtful strategy.

The austerity budgets of the past decade have severe and lasting consequences, some of which are still emerging. The cuts to local government have led to a collapse in support for vulnerable groups. The transformation of the welfare system to the system of universal credit has drastically undermined the support that many people rely on.

The cuts of austerity have also led to structural changes. They have transformed the relationship between the state and society,

All parties in the UK are pledging increased spending as part of the 2019 general election campaign. This is particularly novel from the Conservatives, who fought previous elections as the party of fiscal restraint and austerity.

Expectations of spending increases have led many to speak of the end of austerity. Certainly this is the message that parties are trying to put across, with Chancellor Sajid Javid speaking of “turning the page on austerity”. But before we can declare the end of austerity, it is important to explore what exactly austerity was – and remind ourselves of the terrible toll it has had on many people’s lives.

The definition of austerity has been subject to a fair share of academic debate. But the important thing to understand is that it’s not simply an accounting question of cuts versus spending. Austerity is embedded in a broader understanding of the economy, which sees the route out of recession as being about reducing state spending.

The architects of austerity, George Osborne chief among them, argued that growth comes from cutbacks. Making cuts sends a message of responsibility, which restores confidence. It also supposedly had the benefit of “making room” for innovation by getting the state out of the way. These mechanisms make up the economic concept of “expansionary fiscal contraction” – or, how to get growth from cuts.

According to this logic, however, not all cuts are created equally. If cuts are meant to signal responsibility, then they must align with broader assumptions about the economy. Likewise, if cuts are to be a way of shrinking the state, then they will be significantly shaped by ideological views about the appropriate and inappropriate place for the state.

Plus, the sectors or groups that are politically powerful are less likely to be targeted by cuts. All of this adds up to the real experience of austerity in the UK – a reshaping of the state, with the consequences borne by the already vulnerable.

When you look at the figures, the inequality of austerity is stark. For example an Oxfam report showed that between 2010 and 2015, the poorest tenth of the UK population saw a 38% decrease in their net income, while the richest tenth saw just a 5% decrease. 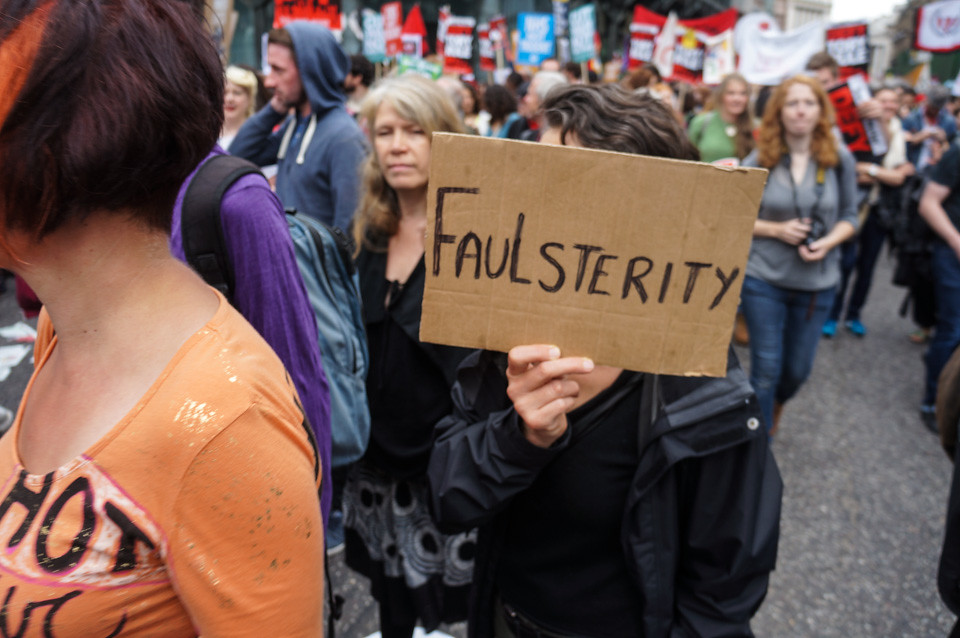 An anti-austerity protest in London. By LewishamDreamer

Moreover, austerity is a deeply gendered and racialised policy. Women have been disproportionately hit by austerity. In part this is due to the fact that they tend to be less well off to start with, but also because they are over-represented among both users and employees of the public sector. So cuts to public spending hit them especially hard. Women are also more likely to do the unpaid work that compensates for cuts in public services.

In a similar way, ethnic minorities in the UK are more likely to be in that poorest 10% of the population worst affected by austerity. Racial inequality by no means began with austerity, but it was very much deepened by it. According to the Runnymede Trust, a race equality thinktank, Black and Asian households in the lowest fifth of incomes experienced the biggest average drop in living standards of 19.2% and 20.1%, respectively, since 2010. This equates to a real-terms annual average loss in living standard of £8,407 and £11,678.

I argue that the political success of austerity relied on its effects being so disproportionate. Plus, these effects were largely hidden from public debate, as the increasing inequality stemming from austerity undermined its coherence as an economic policy. This was the case across the EU, not just the UK.

The austerity budgets of the past decade have severe and lasting consequences, some of which are still emerging. The cuts to local government have led to a collapse in support for vulnerable groups. The transformation of the welfare system to the system of universal credit has drastically undermined the support that many people rely on.

The cuts of austerity have also led to structural changes. They have transformed the relationship between the state and society, withdrawing existing supports and social safety nets. So simply increasing government spending will do little to undo these changes.

Read more: Can we measure the impact of austerity?

A real end to austerity would have to begin with a comprehensive understanding of what austerity was, to move political debate away from metaphors of turning taps on and off. It would require engaging with the vast literature that has documented the gendered and racialised impacts of austerity. And it would require any new spending to pay attention to how these dynamics shape the economy – for example through tools such as gender budgeting.

Austerity also shaped political discourse about economic policy, with the false analogy between government spending and household spending serving to obscure the realities of public policy. Any end to austerity would also need to involve disassembling this view.

Most of all, an end to austerity would require engaging with and listening to those who actually experienced it, rather than obscuring or silencing their accounts. The end of austerity should not be measured in spending levels, but in a complete makeover of economic policy.

This article is republished from The Conversation under a Creative Commons license. Read the original article. 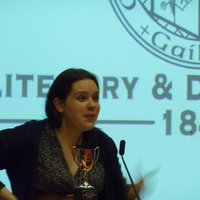 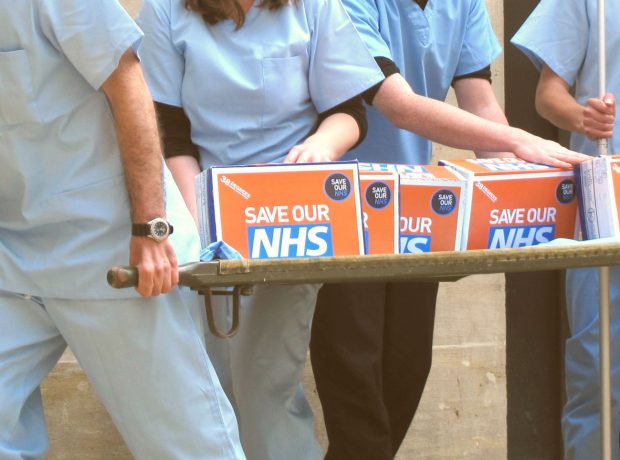