Emily Scurrah from a London-based campaigning group explains why we need a strong, resilient and inspiring protest movement in today’s Britain, and how the work of local activists keeps her optimistic about the future. She draws upon her direct involvement in activism, her academic research into grassroots resistance movements and her current role facilitating campaigners all over the country in their fights against austerity, corporate corruption and environmental injustice.

The need for protest

The need for effective, inspiring protest is eternal and universal: we’ll never live in utopia, and we have a long way to go in our battles against systemic inequality. Over halfway through a decade of Tory austerity, however, and the need for an effective counter-movement has been thrown into particularly sharp relief.

The day I’m writing this has been dubbed #FatCatTuesday. That’s because by the end of today, Tuesday 5th January, ‘fat cat’ big businessmen in the UK will have earned more than the average worker will do in a year. Inequality is pervasive in Britain today, creating chasms in society in a myriad of unpalatable forms and leading to soaring stress levels and a viciously competitive working culture. We are left with a stale taste of a dystopian social world in our mouths, comprised of a Thatcherite mass of atomised, money-driven individuals with little compassion or interest in our fellow citizens.

Capitalist pop culture has been embraced by previously cutting-edge publications

Though my work in campaigning necessitates optimism that change for the better can and does happen, even I frequently find it difficult to cleanse my palate of such a pessimistic picture on my way to work in central London. The image of psychopathic banker Patrick Bateman often strikes me as extraordinarily apt as I see people step over the prostrate bodies of the homeless; their focus is instead upon propelling themselves up the ladder of social status and capital accumulation.

Worse still, contemporary cultural commentary, supposedly an oasis of hope, fortitude and creative inspiration in the midst of the stresses and rigidity of capitalist materialism and working culture, merely seems to affirm such an analysis of the social milieu. The tone of Vice magazine and the like varies between apocalyptic and apathetic, compelling us to resign ourselves to an unfair, dreary world which we can do little to change. Meanwhile capitalist pop culture has been embraced by previously cutting-edge publications like i-D and NME, as though searching for more meaningful cultural expression is just too much effort: we might as well give in to the all-consuming beast of neoliberalism now. It’s a far cry from the purported optimism and cultural effervescence of the golden 1960s.

Or so we might be encouraged to believe. We narrate our own social experience, and the communities protesting inequality in Britain and across the world today have an alternative sociocultural diagnosis which provides a far more inspiring picture.

The organisation that I’m currently working for is a network of groups and individuals with an altogether different picture of what our social world should look like: one which prioritises the notion of community and social responsibility. The campaigning community is, in many ways, a community for a postmodern world: collapsing geographical barriers to enable solidarity, communication and organisation between people in opposite corners of the country. 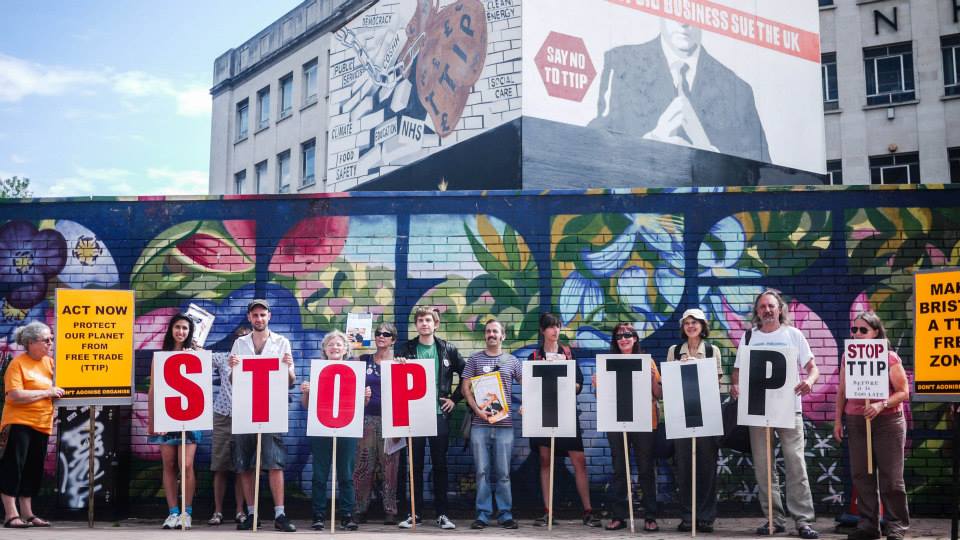 Yet it is misleading to perceive this alternative way of organising community as anything new at its heart. In fact it is reassuringly timeless. Whilst campaigning organisations are known perhaps largely by their innovative techniques of digital communication (or as ‘that organisation that sends loads of emails’) at the core is a belief which far precedes the technological innovation of the millennial generation. We have a steadfast faith in the strength of a collective group of people working for a fairer world.

This is illustrated by key traits of the organisation such as the central rallying refrain of hope and the strength of the collective, a counter-narrative standing in defiant opposition to the apathetic, individualistic cultural identity offered by neoliberalism. Establishing a strong sense of identity and shared values – frequently expressed through refrains, taglines or anthems – is evident in protest movements throughout history. As individuals resisting dominant cultural trends, a strong alternative sense of values and collective identity is crucial to draw reassurance and inspiration from. Feeling ostracised from the pernicious social and cultural manifestations of neoliberalism can be an isolating and miserable experience, and the strength of the counter movement’s identity is therefore paramount.

Certain campaigning labels act as a force to strengthen localised groups and individual activists all over the country in their separate fights for social and environmental justice, whilst enabling individual interpretation of the struggle. The organisation’s core values are deliberately non-prescriptive, with vague guidelines of defending fairness, protecting rights, promoting peace, preserving the planet and deepening democracy. 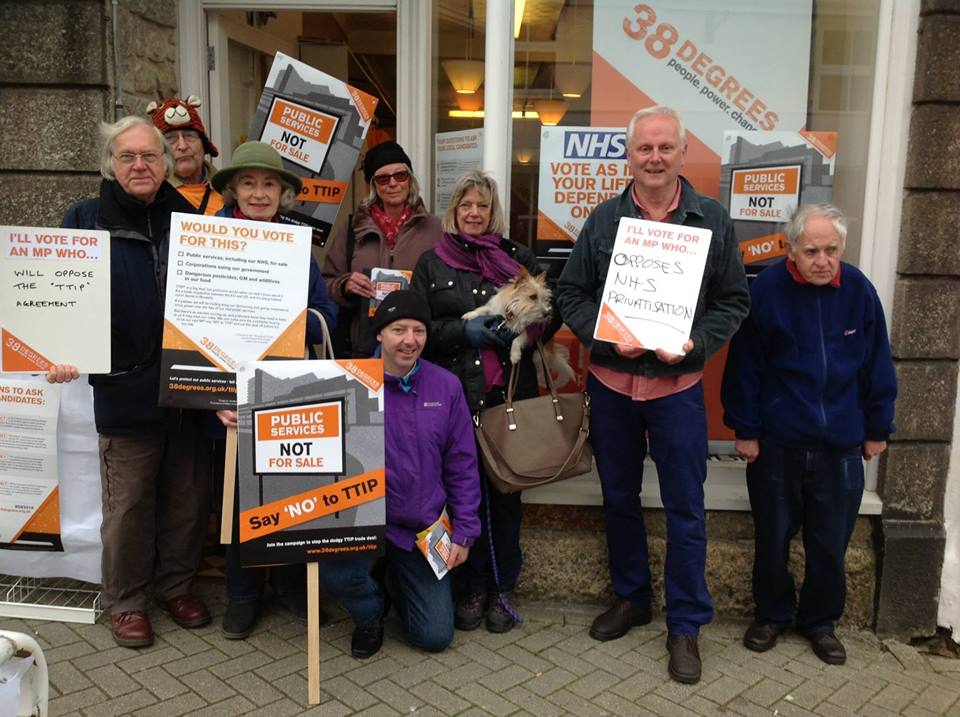 This enables members to organise in terms of their own priorities, using the tactics they develop themselves, with technological support from the central office to facilitate communication and the promotion of their campaigns. Though the considerable knowledge and expertise of my talented, dedicated colleagues is instrumental in running the core campaigns of the organisation, the team relies upon the invaluable support given by localised battles on multiple fronts run by groups of people in their spare time, with their own expert localised knowledge and inventive tactics.

One pertinent example of this is the current structure of our campaign to save the NHS from cuts and increasing privatisation, in which we are encouraging and supporting localised campaigns against the threats to NHS services in the areas in which they are happening. It’s an increasingly fragmented health service. Particular services are subcontracted to private companies and ‘private finance initiatives’ are using private capital to fund infrastructure. So it is impossible to keep track of the threats to NHS services springing up all over the country. Instead, by supporting people in their campaigns to protect the services that they use and understand, we are able to coordinate and resource the fights to preserve the NHS on multiple fronts, supporting the invaluable resource of local knowledge to deliver maximum impact.

The value of creativity

If people are to feel empowered and inspired to campaign, they need to be able to express themselves and have agency over the causes they fight for and the tactics they use. The freedom to dream up fun, creative methods is not merely an addendum to the ‘real’ politics at the heart of campaigning; it is in itself a powerful act of protest. Creativity demands original thought and a challenge to norms. It asks us to imagine a different world, and consider the relationship of that alternative to the reality of the one we live in.

The creativity of large visual protests disrupts the existing order of social space, erasing, albeit temporarily, the lines which bind and maintain the status quo. The frequent use of humour in visual stunts is significant in disrupting power, subverting fear of control and authority through mockery. Numerous examples of creative campaigning can be found. Activist group the Space Hijackers drove a tank into an arms fair. A suited-up UK Uncut group presented the head of HMRC with a special thanks from Vodafone for aiding them in their tax evasion. And then there was the disturbing yet extraordinarily powerful image of the Sisters Uncut’s ‘die-in’ on the red carpet at the premiere of the film Suffragette.

Humour is significant in disrupting power, subverting fear of control and authority through mockery

The purpose at the heart of such actions is not merely the ‘winnability’ of a campaign, but the disruption of the status quo to illustrate its vulnerability and impermanence. It also acts to solidify the ties between protestors through the dangers involved and the consequent need to stick together. Moreover, the creativity and organisation necessary in such actions empowers groups with a relative lack of power. With this in mind, the lack of value attributed to the creative arts by the current government (illustrated through the cuts to arts funding and their diminishing accessibility) poses a chilling threat. Creativity enables critique and protest, and the constant impetus to imagine a better world. How could we feel comfortable living in a society where this is devalued?

Just as the use of independent artistic expression in protest is not merely a tool or tactic but an act of resistance in itself, so the formation of protest groups is, in itself, an act of resistance that stands apart from their activity. I’ve come across many groups that challenge the selfishness and individualism promoted by neoliberalism simply by fostering significant social bonds.

For instance, the ladies of the Muslim women’s community group I studied for my Master’s dissertation had immensely demanding lives and very limited financial resources, yet each prioritised providing emotional and practical support and advice for the other women in the group. This advice contributed to a process of collective empowerment and solidarity as a group, where they developed a consciousness of the many layers of oppression they were facing through supportive experience sharing. 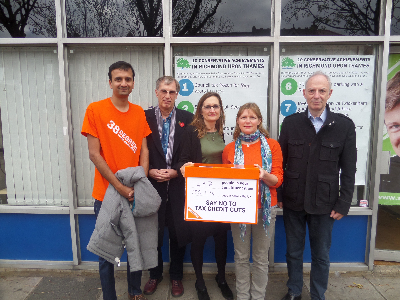 In local groups, likewise, I have witnessed the importance successful campaigners place upon sharing their tactics with peers who are struggling. At a conference of local groups across the North of the country, many of the more successful groups planned skill-sharing sessions and swapped contact details with groups who were facing challenges.

The peer-to-peer skill sharing and knowledge exchange that is common in such groups is, crucially, exchanged in kind, rather than through the exchange of money. This both challenges the value placed on monetary systems of exchange and defies social hierarchy: skills useful to protest and resistance are not valued in terms dictated by qualification, income or social standing, but merely their contribution to the group’s central cause.

There is no doubt that the need for a strong, resilient and inspiring protest movement is sharply felt in today’s Britain. It’s easy to feel disheartened and disengaged from our social responsibility, but the work of local activists provides an optimistic picture that change is happening. Campaigning organisations act as a facilitator for this, contributing resources and enabling greater communication within and between protest groups and individual activists. The technology the organisation uses is exciting and innovative, yet it’s critical that we don’t allow these shiny new tools obfuscate the most significant power that protest provides us with: joining together as a collective with social responsibility, rejecting social divisions and asserting our collective imaginations to plan for a better world.

Photos provided by the author 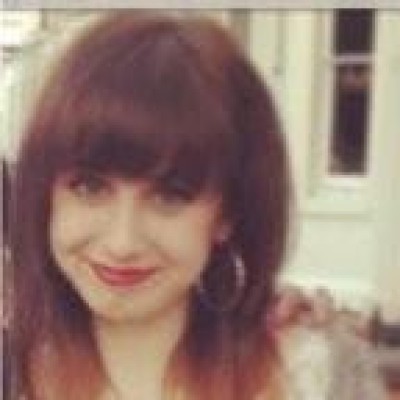