The Sengwer Indigenous people have lived in the Embobut Forest in the North Rift Valley of Kenya for centuries. They are now being forced from their land in the name of conservation. More than 2,000 homes have been burnt down and 5,000 people evicted. After a Sengwer herder was killed the European Union was forced to withdraw funding for conservation projects in the area. Pablo Orosa reports.

They are not supposed to be here at the top of the Embobut forest, the sacred land of the Sengwer community, but Timothy and his siblings have refused to leave. They could not abandon their ancestors – or their cattle. “Ours is a simple way of life, but it is our life”. Timothy is looking around for a cup to drink from because the single cup he owned was destroyed.  The Kenya Forest Service (KFS) burnt it in their last raid along with the rest of his belongings.

Whenever Timothy and his siblings build a new dwelling – a small, modest hut made of wood and dry mud, with a piece of plastic for a roof – the Kenya Forest Service agents return and destroy it. This has happened 16 times in the last two years. The family, however, remain grateful that the damage has been limited to property rather than people. “At least,” says Timothy, as he roasts a freshly skinned sheep’s tail on the fire, “nothing happened to us.” At least, not yet.

In 2009, the Kenyan government resumed its campaign to clear the Embobut Forest in order to implement a conservation programme financed by the European Union and the World Bank. The area is key to providing water for Kenya’s massive agriculture sector. Since then, around 2,000 homes have been burnt down and thousands of Sengwer people forcibly evicted, according to Amnesty International.

“The Sengwer Indigenous people of Embobut Forest are being forced from their homes and dispossessed of their ancestral lands by the grossly flawed, illegal and violent actions of the Kenyan government”, Amnesty declared last year, launching of a special report on plight of the Sengwer people.

This followed a 2014 World Bank investigation, which confirmed that evictions were commonplace and were causing social unrest in the area. But the persecution of Sengwer communities in Embobut Forest has continued despite a court injunction prohibiting eviction. One man was shot dead and another seriously injured by armed KFS guards in January of last year.

“At 2pm, Robert Kirotich was herding cattle in Kapkok Glade, in the Embobut Forest area of the Cherangany Hills in west Kenya when he was attacked by a group of around 40 guards working for the Kenya Forestry Service. He was shot and killed and his body was retrieved by community members at 6.30pm”, the Forest Peoples Programme stated.

Pressure from NGOs has forced the EU, which was funding a €31 million six-year programme to protect and reforest the area, to suspend its contributions. But this has not stopped attacks.

“Nothing has really changed. More than 200 people have been arrested – although many have paid bribes to get out of prison – and 2,000 houses burned down. In total, more than 5,000 people were expelled,” says Elias Kimaiyo, one of the community leaders. 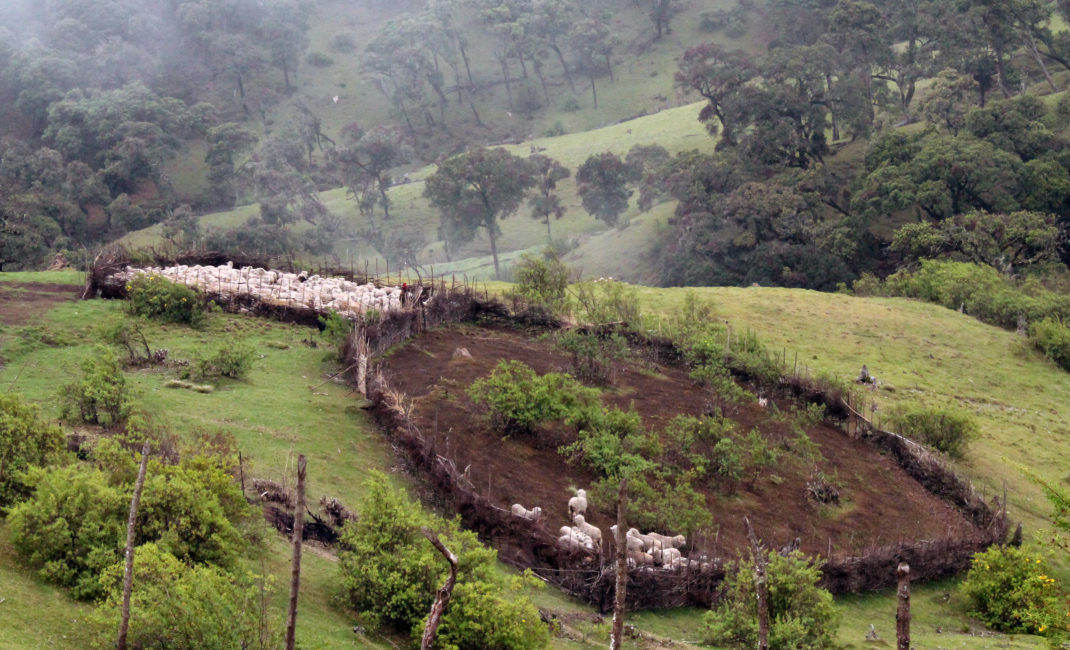 A flock of sheep within the Embobut Forest, where permanent structures are not permitted. By Pablo Orosa

Here, there was once a village. It had an elementary school, a church and some stores. It was called Marichor Village and it was home to around 100 families. Today, only a few remain. Most of the villagers, especially the women and children, have been forced to leave.

Sharon, Timothy´s 23-year-old sister, cannot stay here any longer. “It is not safe for her”, says Timothy. Sharon adds: “A few days ago a group of KFS guards wanted to attack me”. By “attack” Sharon explains she is talking about sexual abuse: “Some wanted to do it, others said no. One said, ‘If you want to do it, it is okay, but not in front of us. We do not want to know anything.’ Finally, they let me go.”

Her claim is supported by the findings of the Forest Peoples Programme. Their report found that during evictions Sengwer women had been subjected to “verbal abuse” and “physical violence, including sexual violence”.

The lack of security has exposed forest-dwelling communities to a series of violations.

“The vulnerable within the community, especially the women and children, have undergone untold suffering during the evictions that have extended to sexual and gender-based violence,” concludes a report from the Kenya National Commission on Human Rights.

The Sengwer people are being robbed of their futures. “They are losing their homes, their livelihoods and their cultural identity”, says Amnesty International. Families are torn apart. “A total of 67 public institutions including Early Childhood Development schools, religious institutions and schools have been burnt down over the last 37 eviction exercises. This has in effect rendered a big proportion of the children unable to acquire education which would have long term effects on the forest dwelling communities,” according to a report of the Kenya National Commission on Human Rights.

From the top of the Embobut hill, Timothy and his four brothers don’t want to keep talking about the past. They prefer to focus on what they have to offer to the world: traditionally brewed beer, a more eco-friendly way of life.

Registered as a protected, public forest in 1954, the Embobut Forest is part of the Cherangany Hills complex. These 1,200 square-kilometres on the western ridge of The Great Rift Valley play a key role in Kenya’s  ecosystem. A vital watershed, it supplies both Lake Victoria and Lake Turkana. Streams heading for the lakes provide water to thousands of maize smallholders. The Embobut is also the ancestral land of the Sengwer people.

Before the arrival of colonial settlers in the early 1900s, this hunter-gatherer ethnic minority used to live and hunt in the forest. In fact, the colonial administration gave the Sengwer permits to stay there. The government began evictions in the 70s, however. “At first, they paid compensation to some people”, says community leader Elias Kimaiyo. In late 2013, the Kenyan government treated the Sengwer of Embobut as internally displaced people (IDPs), granting some community members 400,000 Kenyan shillings (around €3,475) as ‘compensation money’, as they did the victims of the 2007/08 post-election violence. Nearly 3,000 people were expelled from the forest. 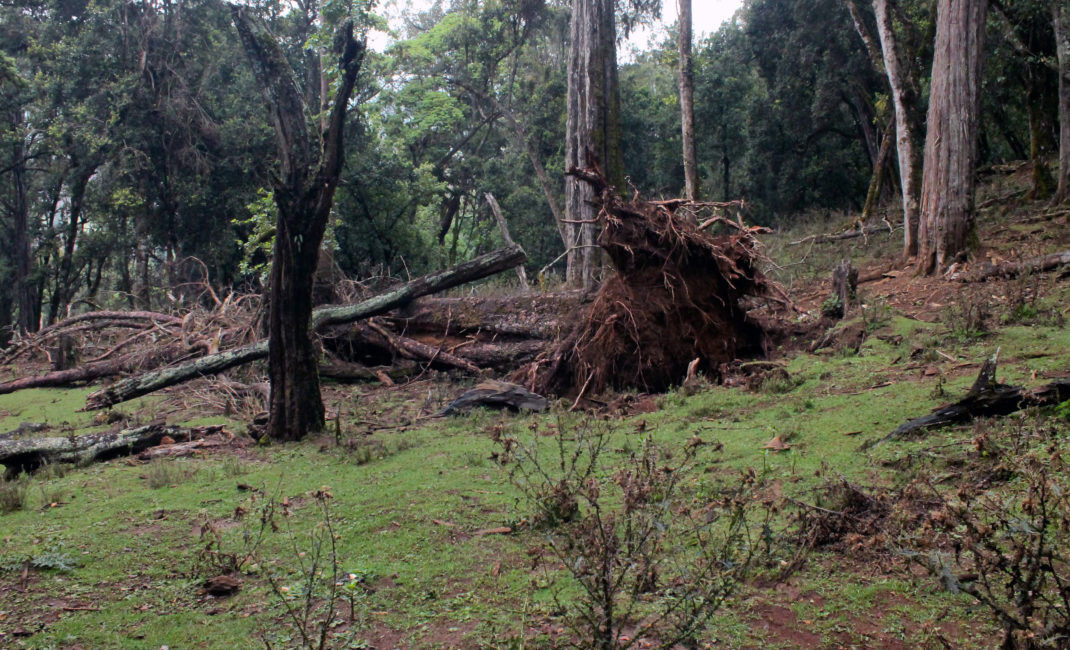 The population in the area had grown, and with it, the demand for timber, water, pasture and farmland. This has taken its toll on Embobut’s ecosystem. A 2014 Kenya Forestry Service report warned that more than 70% of the forest had been extensively degraded. The Kenyan government, worried about deforestation (which almost halved the forest cover from 12% in the 70s to just less than 7% in 2010), undertook a new conservation policy with the support of the EU and the World Bank. The Embobut forest was the main priority. This is when evictions turned violent. Irungu Houghton, Amnesty International Kenya’s executive director said: “The Sengwer people were never genuinely consulted nor was their free and informed consent ever obtained prior to their eviction. This is a flagrant violation of Kenyan and international law.”

Community leader Kimaiyo denies that the Sengwer are to blame for the deforestation. He talks about “gangs” of men from the neighbouring areas who come into the forest to take its precious timber, African redwood (Hagenia abyssinica), real yellowwood (Podocarpus latifolius) or cedars. They do it, says Kimaiyo, with the knowledge of the Kenya Forestry Service officials. He also says that while he was documenting one such attack in 2017 KFS guards shot him, hit him with the butt of a rifle and took his camera with the pictures he had taken, leaving him to bleed to death. Other community members found him and took him to hospital.

Two different investigations, one from the government and the other from the Kenya National Commission on Human Rights, admit the role of the KFS officers in the environmental degradation of the forest. “From 2017, the Kenya Forest Service has been using a direct allocation process to award forest materials to saw millers. … The direct allocation procedure being practiced by KFS is unfair, inadequate, and inappropriate; and the Taskforce uncovered incidences of its abuse” states a report by the Kenya´s Ministry of Environment and Forestry.

The Sengwer community in Embobut is now asking for an opportunity to show that they can preserve the forest. They have been doing it for decades. “If they allow us,” says Kimaiyo, “we know how to take care of the forest. We can persuade our people not to bring the animals to graze in some areas and put fences to regenerate them. The EU experts know how to do it in theory, following the books, but we have our ancestral knowledge.”

Studies all over the world back this approach. Forests managed by local communities in the Maya Biosphere Reserve in Guatemala have shown that community concession organisations are more effective than police at preventing fires in forested areas. In Canada’s British Columbia three communities have implemented a sustainable forestry programme which has reduced the cutting of wood by 40%. 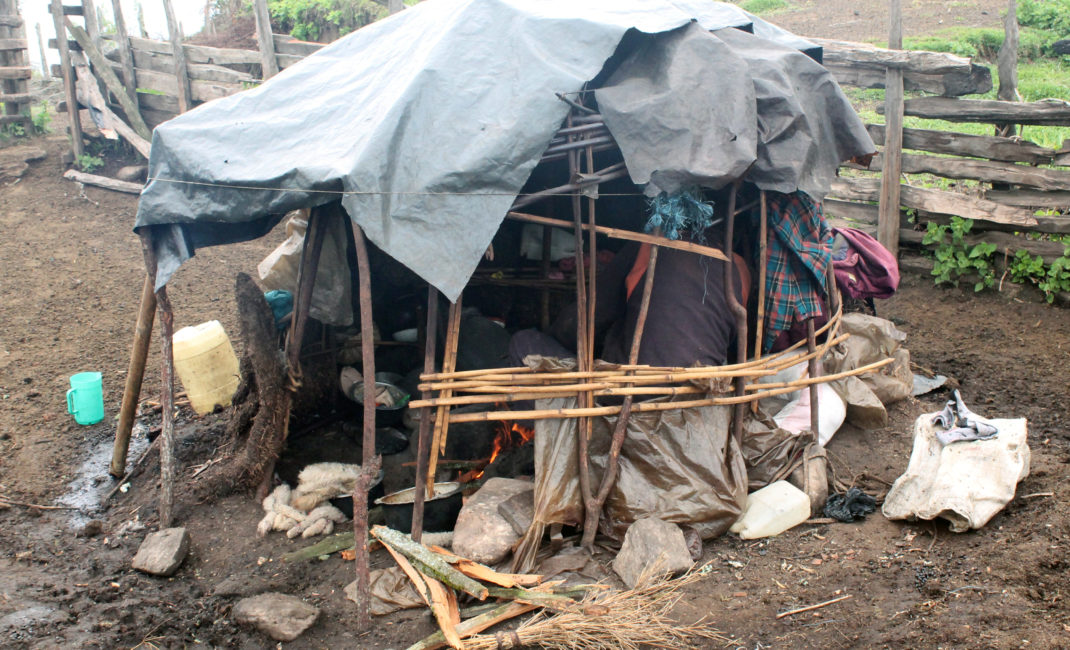 A traditional Sengwer dwelling in the Embobut Forest. By Pablo Orosa

That is why the Sengwer people have decided to file a petition to the African Court on Human and People’s Rights in Arusha, following in the Ogiek community’s footsteps with its historic victory against the Kenyan government in 2017. Kenya’s 2010 Constitution recognises community ownership of “ancestral lands and lands traditionally occupied by hunter-gatherer communities” but also calls for the national preservation of public goods. Embobut Forest is the home of the Sengwer community. At the same time, it is a vital ecosystem for the whole region.

In interview, Lewis Gordon, the executive director of the Environmental Defender Law Centre (EDLC), said the plight of the Sengwer people, the Ogiek and the Maasai communities of the Rift Valley, more generally, “highlight the conflict between customary law, which protects people who have been living in those lands for generations, and the rights issued by the government.”

Many miles from these legal debates, sitting at the top of Embobut mount, Timothy is clear on one thing: “We have been evicted a dozen times. They have burnt down our houses. But we will not accept to be expelled from our land”.

*Lacuna contacted the Kenya Forestry Service offering a right of reply and the following response was added to this story on August 30 2019:

“It is worth noting that the eviction did not only target the Sengwer people but directed to all unlawful occupants residing inside and within the boundaries of the gazzeted forest. The exercise was carried out by Kenya Forest Service Officers and The County Commissioner’s office in accordance to the recommendations of the Embobut Forest Taskforce Report to the Minister for Forestry and Wildlife dated 6th January 2010, through consultations with all stakeholders including the Sengwer and that free and informed consent was obtained prior to the exercise. While a big number voluntarily and whole heartedly vacated after the expiry of the 21 days notice and the stay order given by the High Court in Eldoret which elapsed on the 6th of February 2014 and upon receiving compensation of Kshs. 410,000, those who refused to vacate were evicted in a humane manner while observing human rights and dignity. Currently, there are no forest dwellers since the last eviction and as such any allegation of evictions in Embobut forest is misleading.

There are no known recorded reports by the victims of the said allegations of human rights abuses and/or criminal activities by our staff or any other officer that took part in the exercise. In case of such, the officers are culpable in their own individual capacity and therefore the victims ought to file an official report within their jurisdiction.

As the duty bearer, we respect, protect and promote human rights hence the delicate balance of the right to own land and the right to water, clean environment and protected forests ought to be observed.” 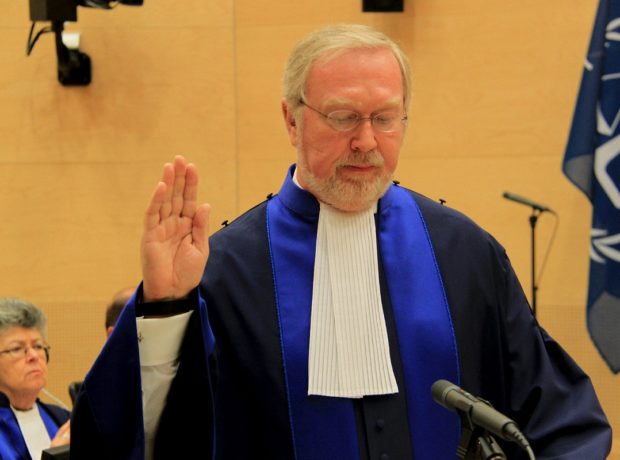 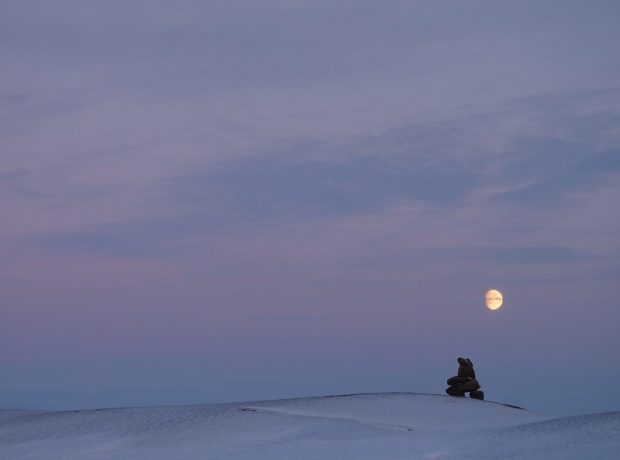