As Martha Koome becomes the first woman to occupy the seat of chief justice in Kenya, Martha Gayoye underlines why women judges matter and what Kenya can expect from Justice Koome.

The President of Kenya appointed Martha Koome to the position of Chief Justice on 19 May 2021,  the first woman to occupy the seat in Kenya’s history. Justice Martha Koome topped nine other candidates – including two other women – for the job during interviews carried out by the Judicial Service Commission between 10 and 23 April 2021.

Justice Martha Koome’s nomination is a historic moment for Kenyan women, who have been missing from higher ranking courts until recent years

Women in the judiciary were initially concentrated in magistrates courts. This excluded them from high ranking cases that shaped the legal principles to be followed, often for years to come.

Since then, there has been progress in the number of women joining the judiciary and rising through the ranks, particularly after the promulgation of Kenya’s new constitution in 2010. This was largely due to the application of the two-thirds gender principle found in the new constitution. There have been divergent views on whether this threshold applies to each court, or – as the Judicial Service Commission insists – the judiciary as a whole.

While there was no female appeal court judge in 2010, they constituted seven of the 22 Court of Appeal judges by 2017 (32%). The proportion grew from 40% to 42% in the High Court and from 32% to 40% in all superior courts during the same period. Moreover, the proportion of women magistrates jumped from 37% to a whopping 78%.

The Supreme Court has only had two women justices out of seven since its establishment in 2011. This still falls short of the one-third minimum threshold required under Kenya’s constitution for all public institutions. This is about to change with the ascendance of a woman judge to the top of the tier, increasing the number to three.

There is a proliferation of studies that show that having women judges really matters. These studies are framed on two justifications: first on grounds of legitimacy. On this count, judiciaries must democratically represent and mirror the population characteristics in terms of gender, race, class, among others.

The second justification is the difference that women judges will make for gender justice. Some researchers posit that they bring in an essentially female perspective to judging and law that is more “motherly” , or “womanly”.

Others argue that women judges bring their unique life experiences to judging that will challenge laws that reflect male concerns. Still others believe that women judges will sensitise and educate male judges about gender stereotypes, myths and male bias reflected in their judgments.

My own recent research in the Kenyan context contributes to these existing debates about why women judges matter. I examined their collective efforts such as the Equality of Jurisprudence Programme run by the Kenya Women Judges Association. The association was founded in 1993 by Justices Effie Owuor and Joyce Aluoch, who have been joined by many more judges over the years, including Martha Koome.

My research found that these pioneer women judges – while they themselves were not in the Court of Appeal – had an indirect impact in those courts. This they achieved by training their male peers in the Court of Appeal and High Court to apply international human rights instruments – such as the Convention on the Elimination of Discrimination Against Women.

These international human rights instruments were not yet infused into Kenyan laws at the time. Their efforts bore fruit particularly in matrimonial property disputes at a time when the Kenyan Constitution sanctioned discrimination against women.

There was a setback later after an appeal bench reversed the precedent in 2007, requiring wives to prove direct contribution to matrimonial property. This was before the 2010 Constitution. Since then, the Constitution and the 2013 Matrimonial Property Act both recognise the equality of parties to a marriage, and the value of care, domestic and farm work as non-monetary contribution to marriage.

Koome has been an active and long-standing member of the International Association of Women Judges – Kenya Chapter, which focuses on access to justice for women and children. She was the UN Person of the Year 2020 runner up, recognised for her advocacy work to improve the rights of women and children in the justice system.

Doubtlessly, her ascendance to the role of Chief Justice raises hope and expectations among many for a better world for women and children.

Chief Justice Martha Koome will be immediately confronted with a standoff between the judiciary and the executive arms of government that has stalled the appointment of 41 judges of the High Court and Court of Appeal. She also faces a huge backlog of cases built up over years.

She will be the President of a Supreme Court and head of a judiciary that has been perceived as conservative in a few serious matters of constitutional and public importance. These include the implementation of the two thirds gender principle and electoral fairness among others.

Internally, the new chief justice is expected to extend ongoing reforms. Most importantly, she will continue the reforms to rid the judiciary of corruption, inefficiencies leading to case backlogs while embracing ICT in the justice system. All these are intended to enhance access to justice and win the people’s trust in the judiciary. 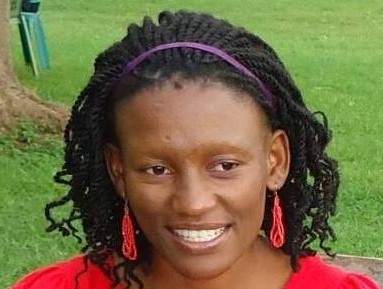