“The international community always says never again”, says Salah Uddin, a Rohingya man born in a refugee camp in Bangladesh, “but we are letting genocide happen in the 21st century.”

Salah, now treasurer of the British Rohingya Community, is speaking from their office, located half a mile from Bradford Interchange Station. It is the first office used and run by a Rohingya-led organisation anywhere in the world.

Along with others, including BRC chairman Nur Huda and general secretary Nijam Uddin, Salah was forced from his historical home of Arakan, now formally known as Rakhine State, and has rebuilt his life in West Yorkshire. Recognised as a ‘City of Sanctuary’ for its diverse ethnic population and proud history of welcoming those seeking refuge, Bradford is home to around 400 Rohingya refugees, the largest community of Rohingya in Europe. 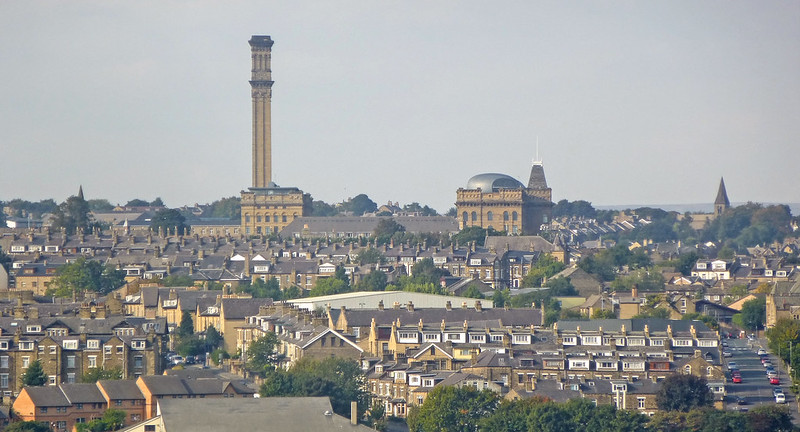 Those who have made it to Bradford are the lucky minority. More than one million Rohingya refugees are still stuck in crowded camps scattered across eastern Bangladesh. Their collective recent history is a patchwork of physical violence, discrimination, and what Nijam describes as “psychological torture”.

Under military rule in Myanmar, the Rohingya were subject to a gradual process of marginalisation and exclusion, starting with the 1982 nationality law that left the Rohingya unrecognised as one of the country’s 135 ethnic groups, effectively stripping them of their citizenship. A two-child policy was introduced shortly after and Rohingya couples required permission to be able to marry. Access to state schools, public health services and freedom of movement was – and still is – forbidden.

The violence and discrimination escalated in 2012 with riots and mass displacement that saw hundreds of thousands flee to Bangladesh or Southeast Asia by boat. A further crescent of violence in 2015 increased the retreat from Rakhine, and even after Nobel Peace Prize winner Aung San Suu Kyi came to be the de-facto head of government in 2016, violence has continued, if not increased.

The UN’s High Commissioner for Human Rights has described more than a million Rohingya people trapped in refugee camps as “the world’s biggest refugee crisis” and “a textbook example of ethnic cleansing.”

“The first group of Rohingya came to Bradford through the Gateway Protection Programme in December, 2008”, Nijam says. The programme, a joint venture co-run by the European Union and the UN Refugee Agency (UNHCR), allows refugees to find legal resettlement in the UK, often in the north east of England. Around 40 Rohingya arrived in this first cohort, journeying from hot, sandy camps in Bangladesh to chilly Manchester Airport.

Nijam’s 19-year-old brother, Sirazul, recalls touching down on British soil: “I remember it being really cold and we were all like, what is this? We’d never experienced such cold.”

Even on that first coach journey from Manchester to Bradford, Sirazul felt the culture shock. “I remember it vividly. There was a loo on the coach and I had never seen such a thing. I was just wowed!”

Nijam recalls his father being shocked at the lack of people walking or working on the motorway: “He asked, ‘Where are these people taking us? I’ve been on this coach for 45 minutes and I haven’t seen a single person on the road!’”

Life in Bradford has been kind. Nijam and Nur split their time between working as taxi drivers in nearby Harrogate and running the BRC. Both have family in Bradford and send their children to local schools. Now British citizens, they are proud to have established lives here.

Sirazul meanwhile has just finished his final year of school, having completed his A-levels and is now preparing for university next September. He had barely any education in the camp where he was born, and didn’t start learning English until the age of nine. But he excelled at school, and has been offered a place to study law at The University of Manchester.

“There are people from all around the world at my school – it is such a diverse community,” he says. “I told people about my story and once they knew what we went through it was very easy for them to empathise with me and support me.”

His teachers made a special effort to help him by raising awareness about the Rohingya people in Bradford and devoting a school project to refugees, including the story of his community.

The new lives forged in Bradford are in stark contrast to those left behind. Nijam, who spent 18 years in Kutupalong camp in Cox’s Bazar, describes it as an “open prison”. But a prison, he says, would have been more preferable. Surrounded by police, large families shared tiny rooms and had no access to even the most basic education.

Salah was born in Kutupalong camp, one of the largest, where he has spent more than half his life. His grandparents and uncle were killed in Myanmar while Salah, with his parents and siblings, managed to escape to Bangladesh. His father died soon after of a heart attack, which Salah believes was induced by the death of his loved ones.

Rainy season in the camp, he recalls, was particularly bad. The houses were nothing more than plastic huts, so when a monsoon hit everyone would huddle under whatever cover there was, before rebuilding the hut after the storm had subsided.

When I was seven years old a bad cyclone hit the camp,” recalls Salah. “My brother and I used to dig a hole in the ground, go down and bring a lamp and cover it until the rain had stopped. When we used to come back up, it felt like coming up from a grave. I’ll never forget this.”

Nijam tells of the liberation of arriving in the UK and being able to return to a form of normality again. “When we arrived in Bradford, we started to feel as if we are part of the human race now. Refugee life is an animal life.”

The understanding that hundreds of thousands of Rohingya are still stuck in the camps is one of the reasons Nijam and Nur founded the BRC 11 years ago – to lobby, work and campaign on behalf of their people, not just in Bradford, but around the world. Nijam invited four other members of the community, including Nur, round to his home for what would become the first meeting of the organisation.

“I said, we need to do something”, Nijam explains. “In the refugee camp, we could not do anything. We couldn’t organise anything. But now, we are in a democratic country.”

One of the initial findings of the BRC was that barely anyone in the UK had heard of the Rohingya and their plight. “We found that everywhere we went, whether it be school, college or the Mosque, when we told people we were Rohingya, they didn’t know who we were.” They began an awareness raising campaign, both in Bradford and across the UK.

In 2012, when the Myanmar military stepped up their campaign against the Rohingya, the BRC in turn accelerated their own mission

“We organised a big demonstration here in Bradford where thousands of people came,” says Nijam. All the local political parties attended, bringing with them people from all political sides to demonstrate against the injustice unfolding in Myanmar. 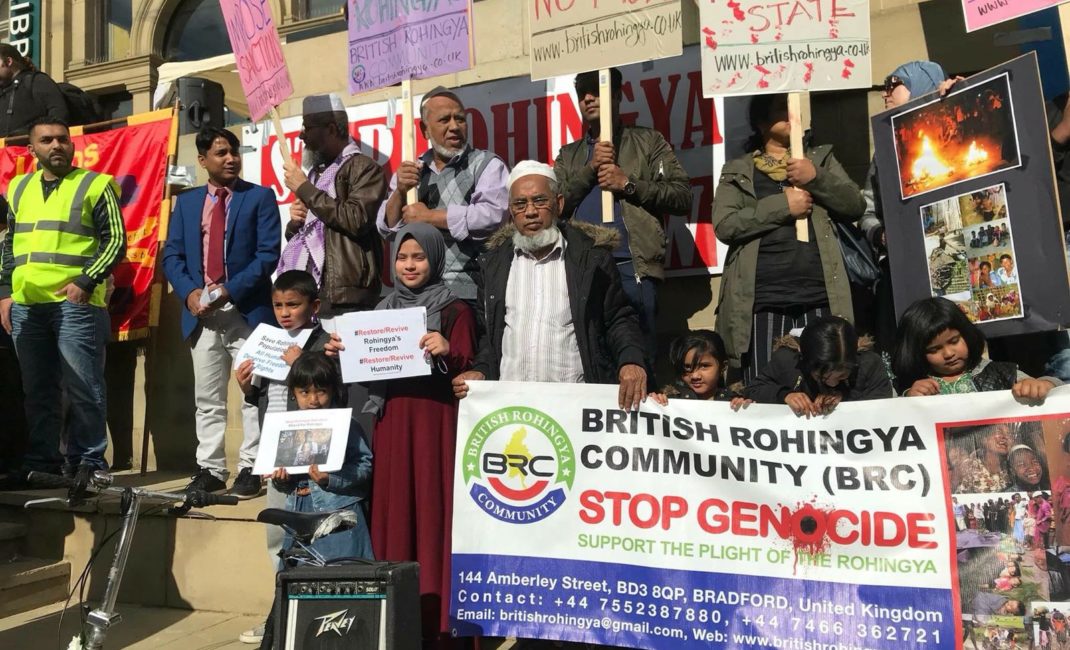 As work grew, Bradford City Council provided an office space along with computers and other essential equipment for the BRC’s use. With pride, Nijam stressses the significance of the first office in the world run by a Rohingya group. Salah was appointed as its first paid employee.

In 2017, with support from people across Bradford, the BRC raised £30,000 in a campaign drive to buy and send essential supplies back to the camps in Bangladesh, with members covering their own costs to travel and distribute the supplies. “We were the first official group of Rohingya to return back to the camps with help,” says Nur.

That year the BRC forged an invaluable link with the National Education Union (NEU), whose Bradford branch invited the BRC to talk at a local meeting. The following year, Nijam and Sirazul gave a keynote speech at the NEU’s annual conference in Brighton, sharing their story with more than 1,000 teachers and union members, plus many more watching online. The speech was a significant milestone for the BRC and the two brothers.

“It was an amazing, awesome experience,” recalls Sirazul. “We refer to teachers as diamonds,” adds Nijam, “for they are very precious. When I talk in Bradford, maybe a hundred people will be able to listen. But when we talked at conference, thousands heard us.”

The NEU is planning to send a delegation to the camps next year on a fact finding mission to find out how the union can support basic education provision for Rohingya children stuck in Bangladesh.

Education is the backbone of the nation,” says Nijam, “without it, how does our younger generation cope?”

He fears a lack of basic education will starve a generation of Rohingya of any possible future beyond the camps.

Sirazul, now planning to study law at one of the world’s top universities, recalls struggling immensely at school back in the camps, for the fundamental reason that he “didn’t know half of the alphabet.”

Sirazul believes he is proof that if this current generation of Rohingya children is given a fair opportunity at education and life, they will take it with both hands.

“I got an opportunity to come and live in the United Kingdom,” he explains. “Imagine if we gave that same opportunity to the other kids in the camp? Imagine how well these children would do.”

Despite hopes for a promising future for the Rohingya people, Nur admits he does not expect justice to be swift. “It is very difficult to get justice in a short space of time, but we will get justice some day.” Nijam says the BRC were once supporters of Aung San Suu Kyi, campaigning for her release from house arrest. “We had great expectations, but she has been the complete opposite,” he says. “Why is she not standing up against what is happening in her own country?” A message for the Myanmar government, Nijam adds defiantly, is that “we are not finished – we are still surviving.”

To ensure the safety and dignity of their people, Salah is calling for a two-pronged approach of returning citizenship to the Rohingya, and bringing the perpetrators of the violence to justice. “Without these, this will replay again and again,” he warns. He adds that after ethnic cleansing in Rwanda, after Bosnia, after Sudan “the international community said never again.” Yet still, in 2019, it is happening again to those Rohingya adults and children in Myanmar. “How many times,” Salah asks, “will we say never again?”

Main image and all portrait images by Carolyn Mendelsohn. 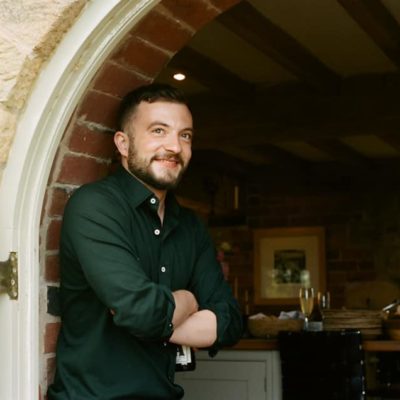 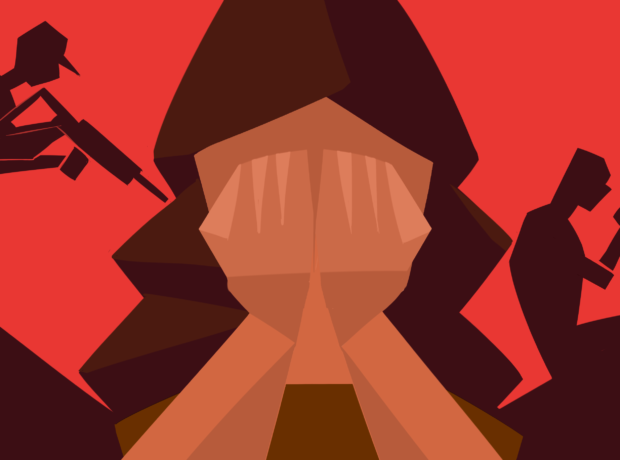