A small school in the desert lands of the occupied Palestinian territories has unintentionally become a critical player in the future viability of the two-state solution in Israel-Palestine. Alice Panepinto and Helen Eisler tell the story of the school at Al Khan Al Ahmar which is facing demolition, and explore the impact on the surrounding Bedouin Palestinian communities.

“It’s a symbol for how people are treated when there are no democratic rights,” says Shlomo Lecker.

Lecker, a lawyer working in the West Bank, has been representing the community of Al Khan Al Ahmar throughout a protracted eight-year legal battle.

The building he’s speaking about – made of mud and tyres and nicknamed “the Rubber Tyre School” – is earmarked for demolition but the surrounding Bedouin community says their forced transfer is not only illegal but will destroy their traditional way of life.

The School at Al Khan Al Ahmar from Helen Eisler on Vimeo.

Currently attended by 170 Palestinian children (and also used as a health centre), the school is the centre point and only permanent structure of the surrounding Bedouin community which sits in the way of a belt of Israeli settlements circling the east side of Jerusalem.

In 2009 international and local humanitarian donors funded and built the school out of used tyres and recycled materials.

In the same year, the Israeli Army ordered the school’s demolition citing a lack of planning permission.

Alon Cohen Lifshitz of Bimkom, an Israeli NGO established 18 years ago to strengthen human rights in the field of planning, reports that planning permission is almost impossible to obtain for Palestinian communities living in Area C of the West Bank, which is under Israeli military and administrative control.

According to Cohen Lifshitz, the number of planning permits granted to Palestinian applicants by Israel as the occupying power in Area C of the West Bank has fallen from 97% in the 1970s to 33% in the 80s and to less than 1% today. 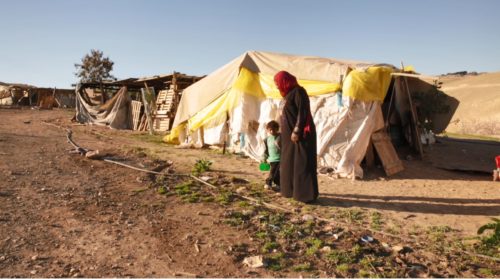 For the villagers of Al Khan Al Ahmar their traditional semi-nomadic pastoralist way of life depends on goats, sheep and camels and living in the desert’s open space. They believe a forced transfer to a built-up area will mark the death of their community (as supported by this UN report).

A report from March 2017 by the UN Secretary General states such a relocation without the community’s free and informed consent would amount to a violation of international law (A/HRC/34/39), and the UN Security Council reaffirmed in 2016 that “the establishment by Israel of settlements in the Palestinian territory occupied since 1967, including East Jerusalem, has no legal validity and constitutes a flagrant violation under international law”.

Israel does not agree and seeks to regularise acquisition of Palestinian land through its own laws. The case was expected to be heard by the Knesset, Israel’s parliament, on Monday 25 September 2017 but has again been postponed.

Al Khan Al Ahmar’s community spokesperson, Eid Jahalin (Abu Khamis) claims the education provided by the little school is a beacon of light for the community.

He says: “If this school is demolished, it will become easier for them to empty all of this area, from Jerusalem to the Dead Sea.

“The equation is: if this school remains, the Palestinians will remain in this area. If it gets demolished, it will mark the end of all communities in this area.”

For more from Palestine read Laila Sumpton’s Poems for Palestine and Michaela Whitten’s journal from Bethlehem. 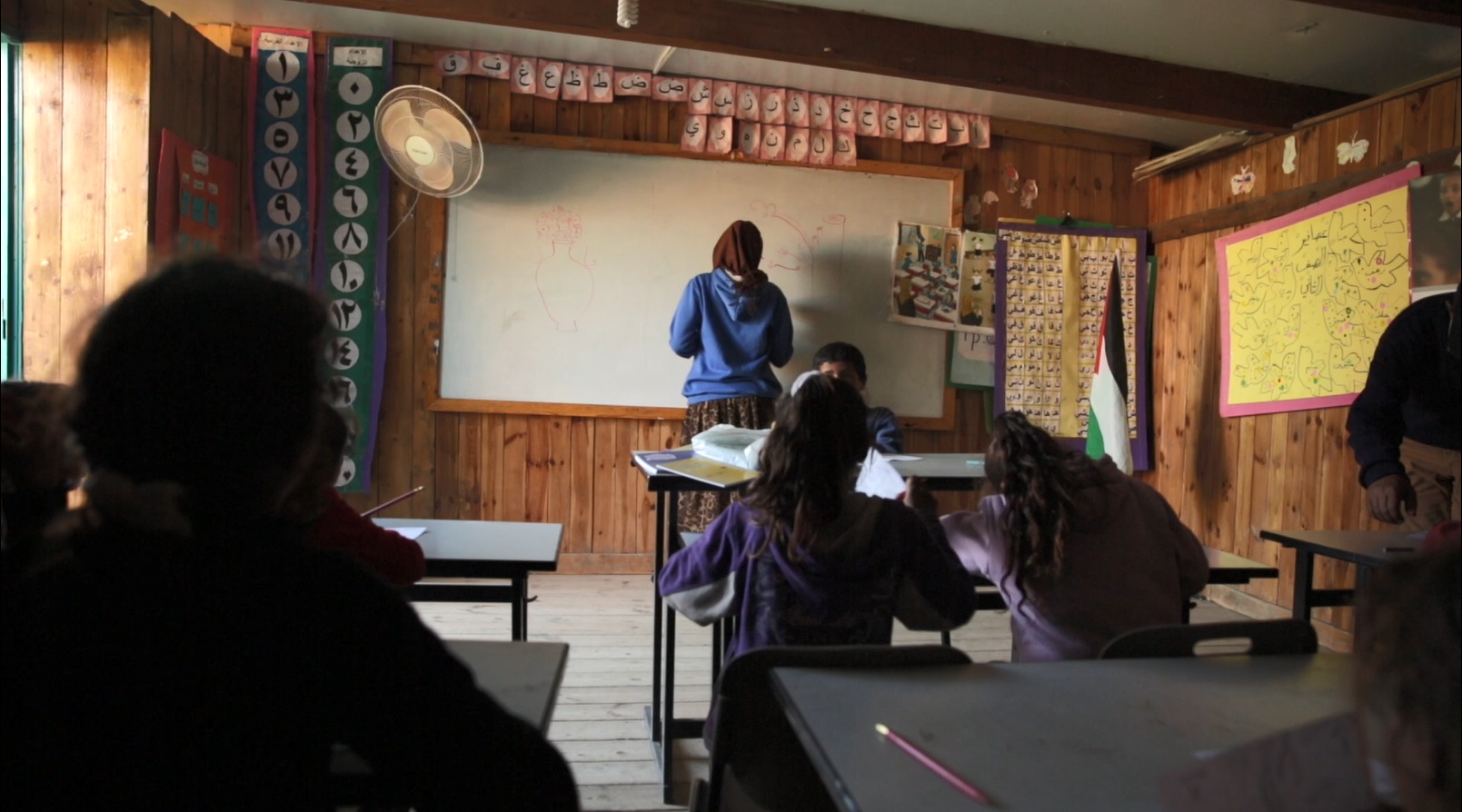 When the Israeli Army first ordered the school’s demolition in 2009 the Bedouin appealed successfully, claiming wrongful discrimination and stressing the importance of the village children’s right to education.

After issuing an interim injunction order halting the process, the Israeli Supreme Court deferred to the Army and Ministry of Defense’s discretion as to the timings of demolition.

Neighbouring Israeli settlement Kfar Adumim then petitioned the Court unsuccessfully twice, requesting the execution of the demolition order, and eventually the Ministry of Defense stated that the search for a suitable alternative site for the school was underway, alongside major plans to relocate the entire community elsewhere.

In a further petition, culminating in a hearing in 2014, the judges dismissed the settlers’ demands and endorsed the State’s timeline, recognising the efforts to find a negotiated solution for the relocation of both school and community, while citing the importance of protecting the children’s right to education.

The relevant Army units were indeed exploring possibilities, and were engaged in consultations with parliamentary committees. 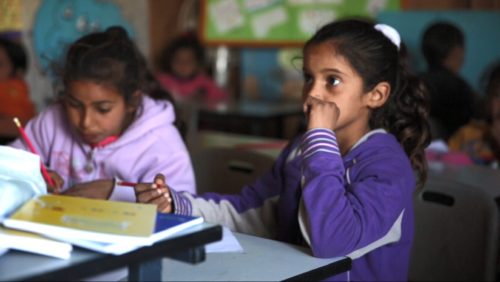 As reported by the UN, only a few days after the hearing a senior Army official discussed plans for the removal and relocation of Bedouin communities in the Jerusalem periphery in “and around strategic areas earmarked for Israeli settlement infrastructure throughout the central part of the West Bank, including the planned E1 settlement project” (UN Secretary General’s report to the General Assembly A/HRC/31/43 of 20 January 2016, p 13).

He had been invited by the Subcommittee on Judea and Samaria of the Knesset Foreign Affairs and Defense Committee – a technical working group of Israeli members of parliament then chaired by a member of the religious-nationalist party HaBayit HaYehudi, and attended by the mayor of the Ma’ale Adumim settlement and a range of other officials and civil society actors (including representatives of the settler-rights NGO Regavim). No Bedouin or Palestinian spokesperson appears in the list of those present at the meeting, nor were any Israeli human rights NGOs.

Lawyer Shlomo Lecker obtained a temporary court injunction to halt the demolition but the Supreme Court decided to merge the school demolition case with the village demolition case and deferred the decision to the Knesset, Israel’s parliament, which was due to hear the case on Monday 25 September 25 2017 before it was again postponed.

For the community the threat of forced eviction lives on and their fate seems to lie entirely in the hands of the Israeli State – be it the Army, courts or parliamentary (Knesset) committees, often working together in ways that disempower the Bedouin and disregard international law.

For more from Palestine read Laila Sumpton’s Poems for Palestine and Michaela Whitten’s journal from Bethlehem. 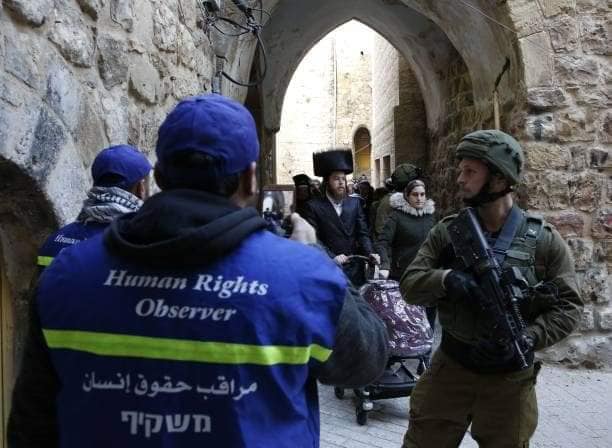