Supporters of drone warfare claim that UAVs (unmanned aerial vehicles) represent a breed of ‘surgical’ warfare in which, exempt from the threat of retributive attacks, targets may be eliminated with scalpel-like precision. But drones have, for many people, become one of the most troubling aspects of modern warfare. So the fact that French philosopher and political theorist Grégoire Chamayou’s extended essay ‘Drone Theory’ was  winner of the English PEN Award for translated literature makes it an appealing read.

Chamayou invites us to critically engage with an idea that is attractive to many liberal western states – that a broad and potent overseas military presence no longer requires getting sand in anyone’s shoes. He lucidly deconstructs the case for the deployment of weaponised drones, or UAVs in modern arenas of combat, particularly their utilisation in US campaigns in Afghanistan, Syria and Iraq.

This review seeks to set out Chamayou’s key moral, practical and philosophical arguments against drones. Yet I also hope to draw attention to one striking feature of his book. No convincing or pragmatic alternative to drone warfare is offered. It seems Chamayou would want to hark back to Clausewitzian days of infantry warfare for theoretical neatness, decrying the mercurial, complex and increasingly callous nature of modern warfare, rather than the specific weapons systems that embody it.

The book starts by recounting a story that, to us in the West, will seem all too familiar, though many would perhaps prefer to push it surreptitiously under the carpet. It is a real transcript of a botched drone strike on an ‘enemy’ position in Afghanistan. Only as the smoke clears does it become evident to the ‘crew’, watching from an air-conditioned room in Nevada, that $110,000 worth of Hellfire missile has just been released upon innocent women and children.

Obviously, the potential for ‘collateral damage’ is not confined to drones. Nonetheless, Chamayou argues that the distance between the act and actor, an aspect unique to drones, implies a ‘break in “phenomenological unity”’, or a separation from the consequences of what one does. While the distance between target and killer, through the evolution of technology, has exponentially increased over the course of centuries, it seems the drone pilot embodies an apogee in this regard.

‘It’s like a video-game. It can get a little bloodthirsty. It’s fucking cool.’ So runs the testimony of one drone pilot. The psychological stresses of these pilots, Chamayou writes, are more similar to over-worked office workers than soldiers. Albeit office workers whose fingertips ordain life and death. The phenomenological gap simply renders the accidental killing of civilians more digestible for the drone operator than the infantryman.

But the psychological damage suffered by drone pilots or the moral callousness it might breed does not seem like a relevant basis on which to draw conceptual lines between drones and other weapons systems. All weapons carry the potential to deliver serious psychological repercussions upon their operator, albeit in differing forms. The more important issue, the root cause of psychological distress, is the end of exacting the death of another human being, irrespective of the means. Chamayou’s argument here, as elsewhere, is revealed to be against war, not weapons.

Chamayou also considers the practicalities of conflicts that are as much about culture, mode of life and, pre-eminently, religion, as anything else. Chamayou argues that tactics involving the  emotional detachedness of drone warfare are nothing less than idiocy. ‘The hyperprotection of military personnel tends to compromise the social division of danger,’ he writes. The rationale underlying drone warfare is a military conviction that the civilian lives it is purporting to value, the ‘hearts and minds’ it wants to endear itself to, are ‘more expendable’ than those of its own personnel. In such complex, emotionally charged conflicts a mentality such as this dooms the campaign to failure. Hence, the pragmatic argument for drones falls apart.

But again the central problem is skilfully skirted. Is Chamayou wishing to suggest a more ‘personal’ breed of warfare will succeed in winning hearts and minds? That ‘boots on the ground’ will rectify the pragmatic shortcomings of drones? From Korea and Vietnam onwards, the conflicts of the twentieth century testify against this supposition. An invasive and interventionist military presence of any kind will inevitably invite the rejection and resentment of the native civilian population. As Michael Herr wrote in Dispatches: ‘the sour reek of obsolescence followed the Marines all over Vietnam… if they could not hear their own dead from three months ago, how could they be expected to hear the dead from Dien Bien Phu?’ (Herr, 1977; p.107).

Herr’s suggestion here is that all alien military forces will inevitably suffer from a chronic failure to understand the idiosyncrasies of the invaded nation’s people and history. This is a consequence of the very notion of warfare beyond one’s own borders, of conquest, not the tactics and the strategies by which war is waged.

Moving beyond these practical considerations, the other fork of Chamayou’s argument is more abstruse. Just conduct within war – jus in bello – as we understand it, regardless of the jus ad bellum justifications for instigating conflict, is based on a necessary condition of reciprocity. That I can kill, only if I can be killed myself. Drones upset this principle. He quotes Hegel at this interlude: ‘weapons are nothing else than the essential beings of the combatants themselves.’ I therefore cannot disassociate the ends – the termination of another’s life – from the means – weapon – with which I achieve them. As such, when he pulls the trigger, a soldier becomes his weapon. For Chamayou then, the question that soldiers must pose themselves is not a question of ‘what to do?’ but a deeper postulation; ‘what to become?’

If, as Chamayou holds, being a ‘soldier’ requires in situ killing involving grave risk to one’s own life, drone pilots cannot satisfy such a criterion: ‘if one has the right to kill without crime, it is because that right is granted mutually.’ Drone pilots therefore transgress the moral and legal parameters of the soldier. For them, the right to kill is granted unilaterally. Thus they become mere killers, assassins from the sky. Chamayou finds the kernel of this argument in Emilio Lussu’s quote from ‘Sardinian Brigade’: ‘to fight is one thing, to kill a man is another’.

Drones therefore reveal themselves to occupy a position outside the law as it is ordinarily understood. They cannot be governed by police or security law, because they do not offer the enemy a chance before deploying lethal force, and nor do they fall within martial jurisdiction because such a concept implies ‘a theatre of war’ which ‘even if defined loosely is not simply the whole planet’. Consequently, drones are, at least under our existing definitions, illegal.

Drones are, under our existing definitions, illegal

Drone warfare, Chamayou concludes, is therefore triply unjustifiable on pragmatic, legal and philosophical grounds. Yet, Chamayou pays undue reverence to the traditional moral and philosophical ideas that have arbitrated past conflicts. Technologies of warfare will evolve as long as technology itself does. There is no good reason to suggest they should be confined by politico-philosophical frameworks designed for the weapons of yesteryear; that they themselves should not compel a reappraisal of those concepts. Perhaps drones should  be considered in a similar manner to the advent of atomic weapons, motorised armoured vehicles, gas, and even gunpowder, that each required new legislative measures be adopted to govern their use. Proceeding from this acknowledgement, Chamayou’s disdain should be retargeted at the out-dated conceptual delineation of war, not its specific mechanisms.

This notion is, in turn, intimately entwined with what Bradley Strawser calls the ‘principle of unnecessary risk’ (Strawser, 2010). For Strawser, it is ethically obligatory, all things being equal, for the upper echelons of a military hierarchy to command their subordinates to achieve a given goal by the means that pose the least risk. Accepting this principle not only permits, but necessitates, the use of modern drone technology. Apparently, Chamayou overlooks the potentially contradictory moral concepts of the commander and the commanded. Since drones have taken an increasingly prominent role in the war in Afghanistan, coalition casualties have dropped from 566 in 2011 to 27 last year. There is surely an argument to be made, if only for the sake of balance, that drone-technology, and particularly its targeting systems, is in its infancy and that it will one day allow the promised brand of clinically precise warfare limited only to the state and its enemies. Then our conceptual frameworks will have to adapt concurrently, for the alternative is the unnecessary and profligate risking of lives.

This, is where Chamayou’s argument collapses. What exactly is his alternative? If the West is to continue to involve itself in these conflicts, a question he deftly avoids, a boots on the ground approach will both risk further loss of life and will certainly not guarantee the sensitivity to culture and emotions that he argues is neglected in the election of drone tactics. Even if such a strategy does satisfy the antiquated criteria of the theories of war and the soldier, Chamayou surely cannot want to put bodies in the way of bullets for the sake of theoretical completeness.

The deeper truth is that, after all, war is hell. Methods of war are inevitably hellish themselves. As long as war persists, so will the evolution of weapons systems designed for maximum cost-efficiency. What military tactic or strategy, when subjected to this level of analysis, will not eventually appear morally revolting? 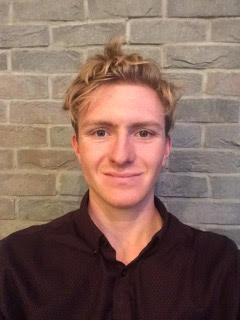