Today the Women’s Budget Group publishes the first in-depth analysis of the impact of the COVID-19 lockdown on women in a specific city. Research assistant Anna Johnston shares what she found when she examined the impact of coronavirus in Coventry.

We’ve got cases of active TB among our service users. And a lot of them have a cough, have temperatures. So, there is a high likelihood that they won’t recognise the symptoms, and it could be too late. That’s the one thing I’m really worried about is that we will lose a service user through this.”

This was just one of the shocking stories I was told by a manager at Kairos, a charity supporting women who have experienced or are at risk of being exploited for street prostitution. The interview informed a report published this week from The Women’s Budget Group which charts the impact of Covid-19 on women in Coventry.

Many of the organisations I spoke to work directly with marginalised women, whose stories don’t often get told, and who seem to have been all but forgotten during the crisis. Whilst there has been large-scale coverage of those struggling with Universal Credit, the Self-Employment Income Support Scheme and the Coronavirus Jobs Retention Scheme, women within the informal economy, often not entitled to any of these government schemes, have faded into the background.

The informal economy is a set of economic activities, such as enterprises, jobs, and workers that are not protected by the state and is therefore untaxed and unregulated. It operates under the radar, often with work being paid ‘cash in hand’. Women are overrepresented in the informal economy, and are particularly at risk of poverty, as they do not qualify for government employment support schemes. Many will also not be entitled to work-related benefits, including Statutory Sick Pay.

I heard about the varying economic and social issues marginalised women operating in these informal spaces face. How migrant women with no recourse to public funds are frightened to seek medical help for fear of being reported to immigration services. How appropriate housing shortages have led to previously homeless women being housed with people who could put them at risk. How they have become increasingly isolated in accommodation with no access to cooking facilities, television or the internet.

Undocumented migrant women are often forced to undertake work in the informal economy, with no employment protections. This leaves them at risk of being exploited by their bosses and exposed to precarious working environments. With no access to Universal Credit, Statutory Sick Pay, housing benefit, or local authority housing, those who have lost work as a result of the crisis are extremely vulnerable to becoming destitute.

The crisis has triggered a significant rise in domestic and financial abuse. Organisations I spoke with are warning that undocumented migrant women at risk of domestic abuse are only likely to make contact with services or the police when they reach crisis point, for fear of being reported to immigration services. A case worker at Foleshill Women’s Training in Coventry commented that:

It’s the pre-existing barriers that have been exacerbated in the system…also if women have no recourse to public funds and they’re in an abusive relationship at home, if that abuse has been exacerbated by the situation, some women are reluctant to access support. So if they reach crisis point at home, they may not phone the police if there’s a domestic abuse incident because there’s been some incidents where police have reported immigration status, even though they may be going through a legitimate process with the Home Office, it’s still used by the perpetrators as a threat, you know, not to contact anyone or seek support.”

Fear of being reported to immigration services, also means such women are also less likely to seek medical care if needed, putting them at greater risk during the Covid-19 pandemic.

At the end of March, local authorities across the UK were instructed by central government to house all rough sleepers. For organisations like Kairos, it has been a watershed moment to have received government support to ensure vulnerable women at risk of exploitation are housed.

However, the lack of appropriate women-only housing has meant that significant numbers of women in this group have been housed with what those I spoke to at Kairos called ‘risky males’, often already known to the women as suppliers of drugs, pimps and men they have been previously exploited by;

Women are accommodated in an area that they don’t know, in a single room with what we will call ‘risky males’, so people that they know that could be previous pimps, drug dealers, all the rest of it. So, they are in really vulnerable situations.”

Women in this group have also been housed in rooms with no access to television, radio, the internet or cooking facilities, leaving them extremely isolated, and causing significant mental health decline:

They are in a single room, a lot of these rooms don’t have TVs, don’t have means of communication. So, they’re staring at four walls for 24 hours a day. It’s pretty dire when you’re locked in a room for 24 hours a day, it’s the equivalent of being in prison for some of these women. And that will trigger other memories and trauma from things that they’ve been through previously.”

Wrap around services such as drug and alcohol support are also currently limited.

The union United Voices of the World have argued that the current financial hardship will push women into riskier situations with potentially more dangerous clients which they would previously have been able to avoid. Organisations such as Kairos agree;

When they’re on the street, they’re visible, we know where they are. There’s a risk that they’re putting themselves at greater risk because they’re indoors. And there’s a risk that they are incurring debts and that debt will need to be paid off somehow. And so just because they’re not on the streets, doesn’t mean to say that risk and that exploitation is gone away. If anything, it’s increased because they haven’t got enough support around them.”

A huge challenge going forward which organisations are now planning for is how to use this opportunity to keep women housed once the government scheme ends. In early June, the Ministry of Housing, Communities and Local Government announced that a further £433 million will support only 6,000 of the 15,000 people currently housed under the scheme. The Minister for Rough Sleeping and Housing has told councils in England to encourage people to return to living with friends and family, showing a concerning lack of knowledge about the reasons for homelessness, which risks seeing many back on the streets.

So many of the women I was told about have been neglected from mainstream recovery planning, left to be supported by dedicated but chronically underfunded frontline women’s organisations. To protect marginalised women operating in the informal economy, the government must reform the hostile immigration system and immediately suspend the no recourse to public funds status. It must properly fund an affordable social housing sector and inject support for frontline women’s organisations, including women-only housing and refuges.

Covid- 19 report – The Impact on Women in Coventry will be published today (Thursday 9 July) by the Women’s Budget Group and Coventry Women’s Partnership and is funded by the Smallwood Trust. It is the first ever in-depth analysis of the impact of the Covid-19 lockdown on women in a particular city. 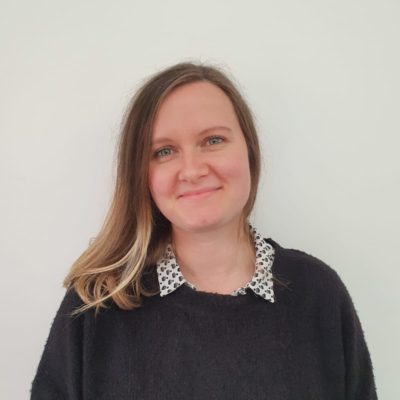