Meet the Abortion Without Borders women who are working across European borders to resist threats to reproductive rights in Poland.

Find the Polish language version of this story here.

“It was the most incredible, amazing experience of my life,” the veteran women’s rights activist Mara Clarke told me. “It was totally insane. But also really wonderful. And proof that sisters and siblings can get shit done when they want to.”

In December 2019, three months before coronavirus was declared a global pandemic, a group of women from across Europe launched a bold, feminist response to Poland’s draconian anti-abortion laws: Abortion Without Borders.

Since then, they say they have helped more than 2,200 people with information, funding and practical or logistical help to access safe abortions either by travelling abroad or ordering medical abortion pills online. 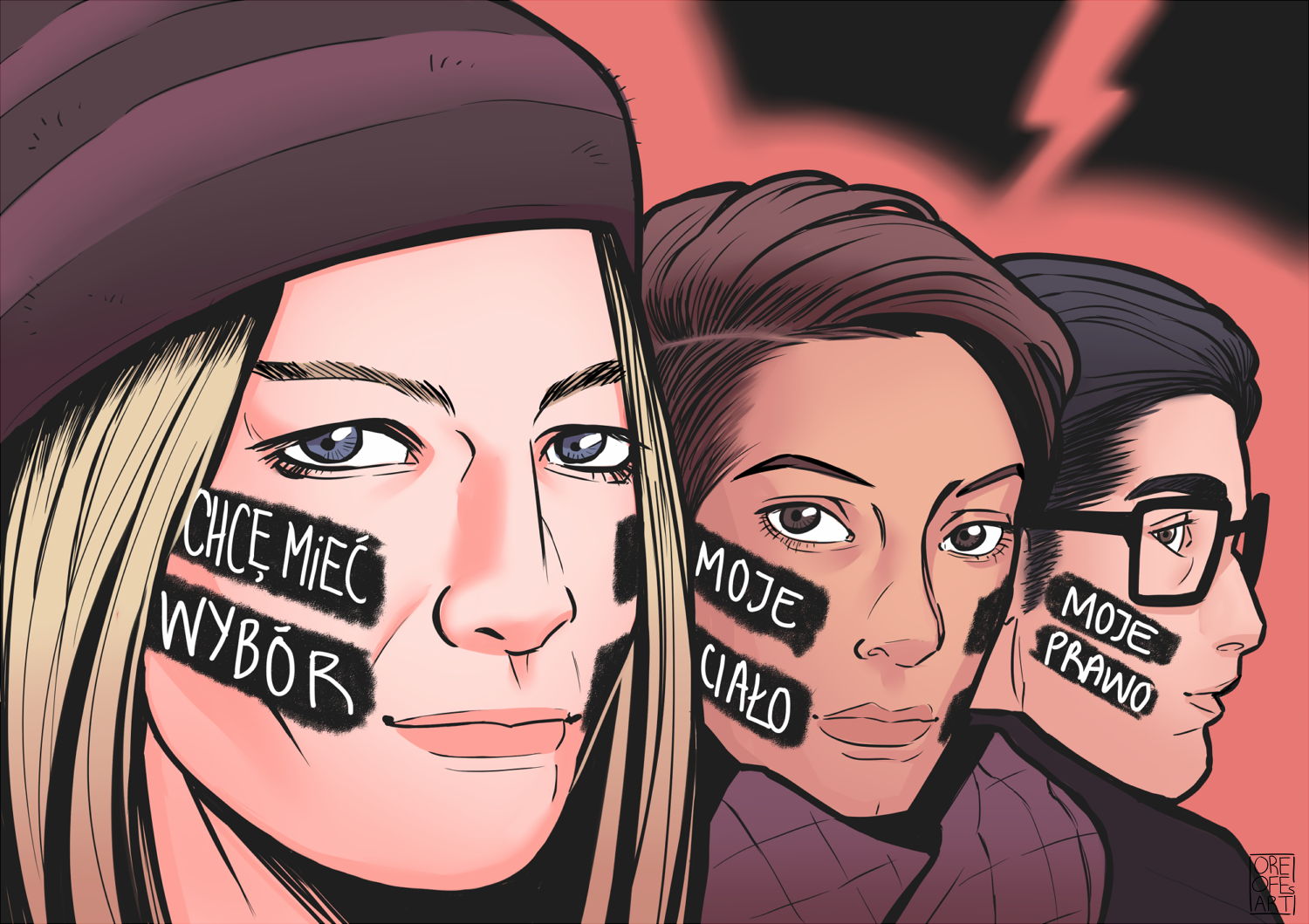 COVID-19 restrictions including border closures and mandatory quarantines have threatened this new initiative, while ultra-conservative groups in Poland have been accused of using the crisis to further their anti-abortion agenda.

But these women have years of experience fighting for reproductive rights against the odds – and taking matters into their own hands.

From Ireland to Poland

“There’s a super-long history of people helping people get abortions,” said Clarke. And she should know. She’s an expert on the subject.

Originally from the United States, Clarke lives in the UK. In 2009 she founded a charity, the Abortion Support Network, to fund women’s travel from Ireland, Northern Ireland and the Isle of Man to the UK mainland to have safe abortions to end unwanted pregnancies. (Last year, they added Gibraltar and Malta to this list.)

The UK has more liberal abortion laws than these other jurisdictions, and the group’s strategy was to use this to their advantage, against what they see as outdated restrictions on women’s rights to bodily autonomy.

Ireland’s 2018 abortion referendum vastly altered this landscape. It was a landslide victory for the right to choose – despite heavy campaigning by internationally connected anti-abortion groups – leading to abortion’s legalisation in 2019.

A few months after the referendum, Clarke recalls meeting other abortion rights activists from organisations across Europe at a conference in France, and asking: where should we direct our energy, given the vote’s result – and, more specifically: “What do you think about Poland?”

That September, some of these women met again, marching, chanting and holding placards at a Warsaw demonstration for the 2018 International Safe Abortion Day (on 28 September), and Clarke’s idea began to take shape. 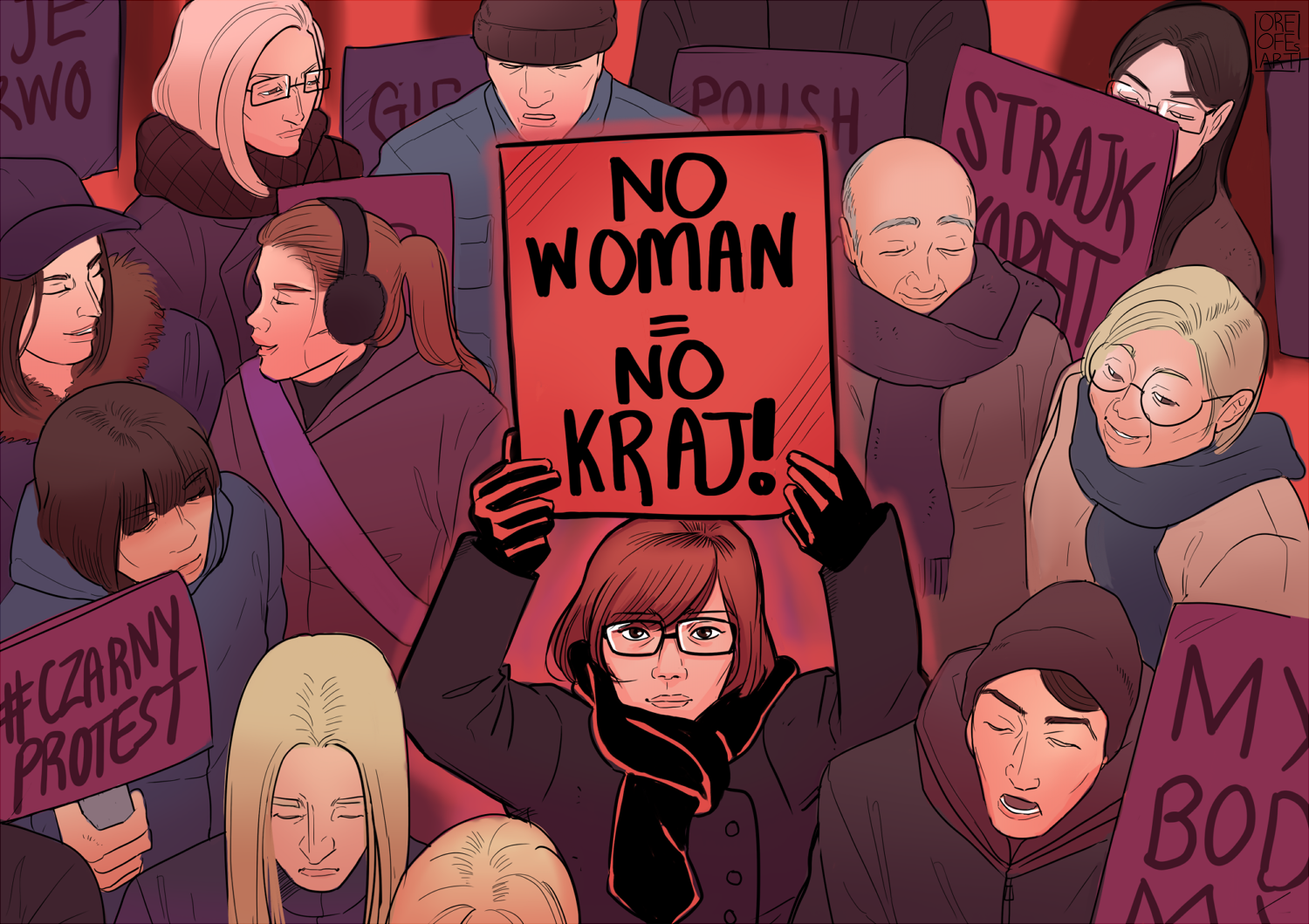 Marina Slaikovska, a Latvian activist living in the Netherlands, was one of the women Clarke met in Warsaw. Like many of the other women involved in reproductive rights activism she has a day-job, as a biologist. She remembers worrying about whether they could actually pull off the network idea. “And then it all moved really quickly.”

Clarke described a key meeting in Amsterdam in mid-2019 that laid the groundwork for the launch of Abortion Without Borders: “In two days, we had all agreed on what this organisation would look like and how it would work.”

She painted a picture of a big idea whose time had come: “There was literally no disagreement: no arguments, no fighting, lots of vegan snacks, Karolina doing her pro-abortion embroidery and just a really special feeling in the room.”

Today, Clarke describes the women involved in Abortion Without Borders as diverse but united around a clear, common goal and approach.

“We come from different political backgrounds, maybe different economic backgrounds, but we have a commitment to getting this woman an abortion. It’s the most important thing we have to do, and everything else is second.”

Poland has the most restrictive laws on abortion in Europe (except for Malta). Women can legally end unwanted pregnancies only in cases of rape, incest, severe foetal abnormalities or when the woman’s life is at risk.

In 2016, ultra-conservative proposals to outlaw abortions even in these cases were scrapped after large-scale ‘Black Monday’ protests by Polish women. 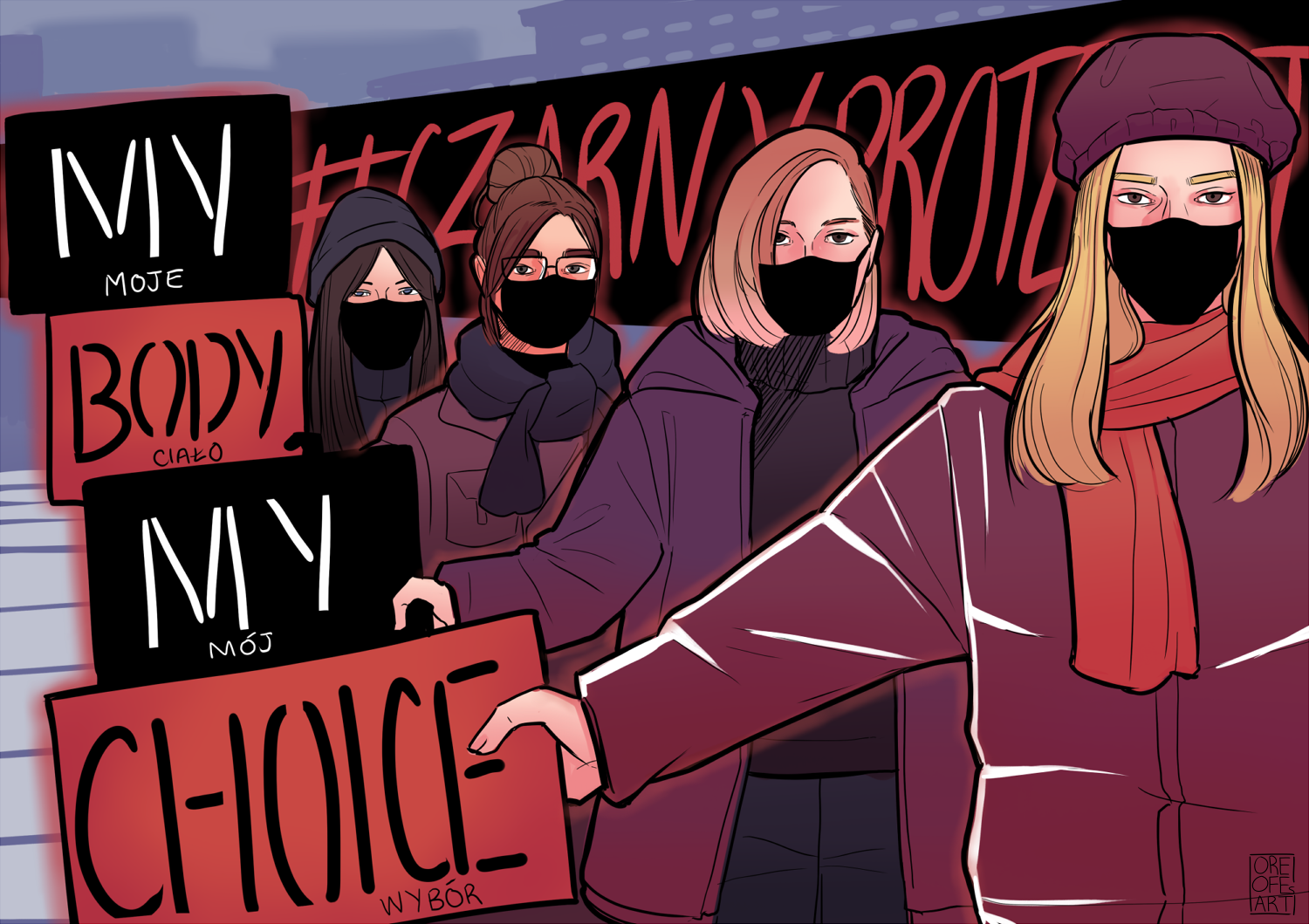 Socially distanced protests have been held in Poland during the pandemic. Illustration: Oreofe Morakinyo

This April, a similar bill was introduced during lockdown and was met with socially distanced protests across the country. Honking cars adorned with the Polish Women’s Strike symbol of a red lightning bolt drove around half-empty streets and masked protesters held placards, flags and umbrellas with slogans.

In addition to procedures performed in hospitals, there is an unknown number of abortions that happen in private clinics abroad, via self-administered pills ordered online, or via other illegal, unregulated and potentially unsafe measures.

Like Clarke, Więckiewicz is an expert in this area. She is a lawyer from Abortion Dream Team, a Polish group launched in October 2016, amid the country’s ‘Black Monday’ protests, to inform women and start a public conversation about abortion.

Though she says: “I got into abortion activism by accident, to be honest.”

More than a decade previously, Więckiewicz worked at the legal helpline of the Federation for Women and Family Planning. At one point, she recalls: “People started calling us, me personally and the legal helpline, to ask about pills.”

She was referring to medical abortion pills which enable women to end unwanted pregnancies before twelve weeks without surgery. They have existed for decades but are still hard to access even in countries where they are legal, such as Italy. 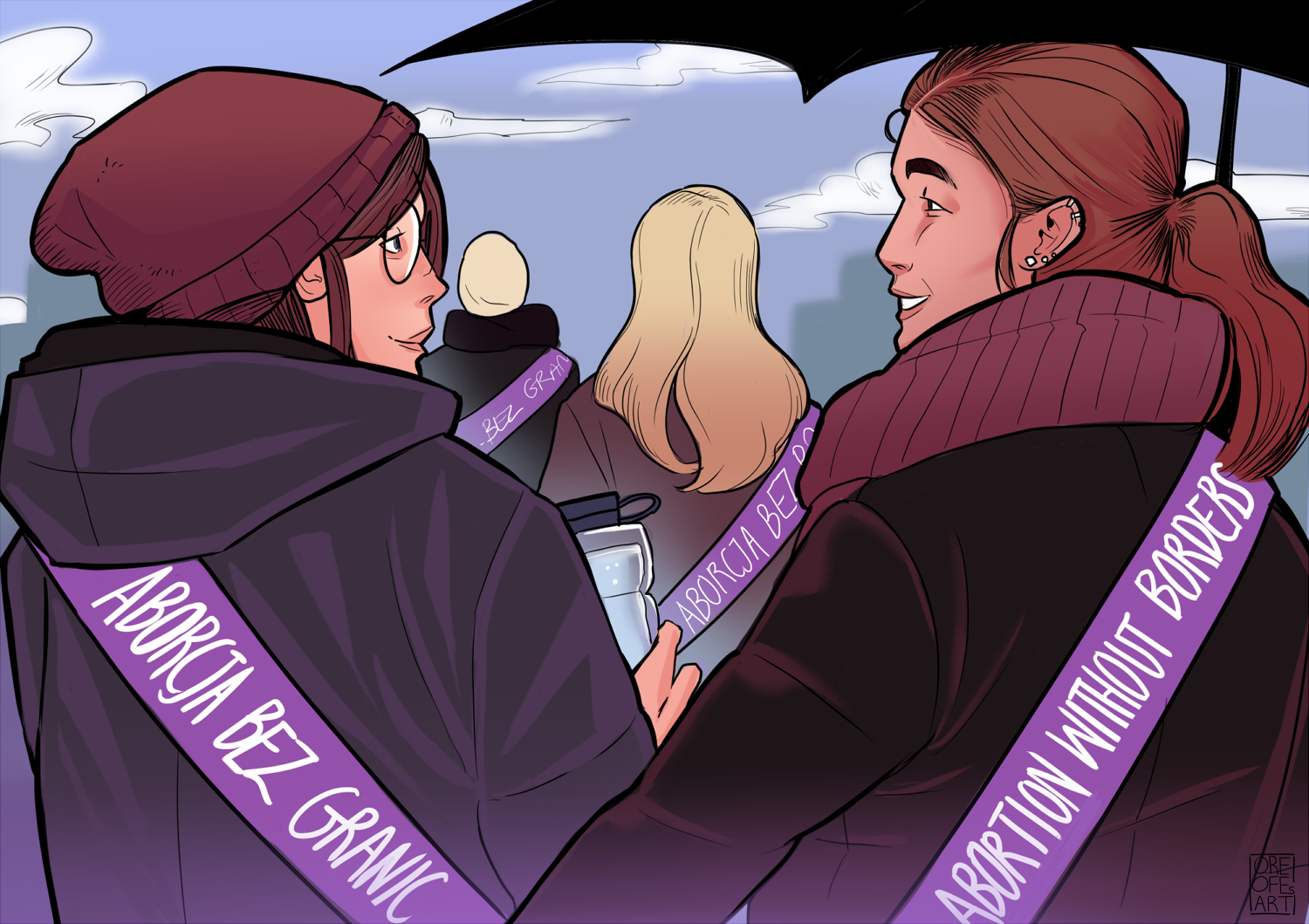 “I could have told them ‘call Justina, call Kobiety w Sieci’,” said Więckiewicz, citing a prominent activist at another reproductive rights group. “But I realised that sometimes you cannot say ‘call someone else’. Because they might not.”

It was a revelatory moment for Więckiewicz. Working as a lawyer, and on advocacy, was not enough – she needed to get involved in direct action: “I realised that the most important part of my work is helping people.”

Justina Wydrzyńska is the woman Więckiewicz mentioned. She has been involved in helping women access safe abortion for longer than either Więckiewicz or Clarke. Though a key theme of her story is also remote, virtual support.

It started with her own abortion fourteen years ago. “I have my own experience of being scared and having panic attacks because of an unwanted pregnancy, being uninformed and having no one to speak to,” Wydrzyńska said.

I was trying to find information about pills, but I couldn’t. There was a lot of material online that I couldn’t rely on. So I thought it would be good to have a place, or just a person, who could inform others about, for example, how to take pills properly.”

Shortly after her abortion, she connected online with another woman, Magda, who was similarly outraged by the lack of information – and who knew how to run a website. Together they founded the group Kobiety w Sieci, Poland’s first online forum for unbiased abortion information.

Wydrzyńska speaks from personal experience: “I don’t want other people to be like me, to be alone.” Her website is now part of Abortion Without Borders’ network too.

Through this network, six groups in four countries – Poland, Germany, the Netherlands and the UK – collaborate to help Polish women get advice, support and access, via the internet, to safe abortions in Poland, via the internet or abroad.

While a doctor or anyone else in Poland convicted of helping a woman obtain an illegal abortion is liable to a three-year prison sentence, Abortion Without Borders can operate safely by helping women, from abroad, to order pills or arrange travel. 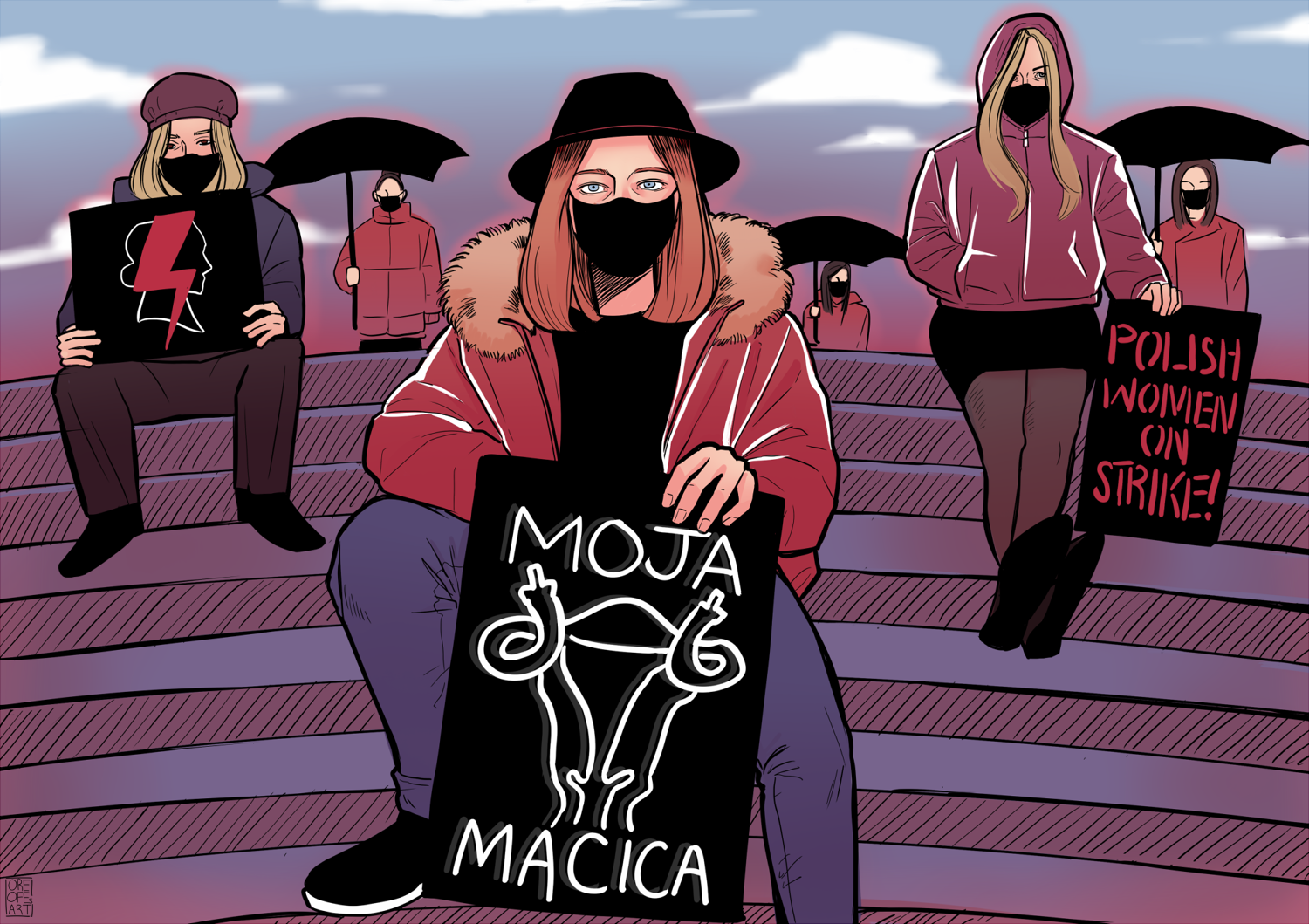 Clarke explains: “We have a helpline in Poland run by Kobiety w Sieci. Once somebody gets in touch, they are directed to one of the other member organisations to get the care that they need.”

If a woman is less than twelve weeks pregnant, she can order medical abortion pills online and take them at home; up to fourteen weeks, she can access an abortion in Germany; up to 22 weeks in the Netherlands; up to 24 weeks in England, Scotland and Wales.

On Abortion Without Borders’ first day, a woman called the helpline to thank them for just being there. She had had a self-administered abortion three months before, alone, and hoped that nobody else would have to go through a similar ordeal.

Więckiewicz recalls her heart “breaking into a million pieces” as she knew it was impossible to help everyone who needed it.

“But,” she said, “I think we’ve been doing quite a good job considering how many calls we get, how many people register on Kobiety w Sieci, how many people approach us through Facebook, Instagram and email. It’s a lot more work for us, but it’s wonderful that people know that they can approach us.”

How ironic to set up an initiative called Abortion Without Borders when the first thing Europe did was reinstall borders,” says Kinga Jelinska, a Polish activist and cultural anthropologist based in Amsterdam.

“We really were afraid we would not be able to operate,” added Zuzanna Ziuban, a Polish activist and academic in Berlin. In the end, “only two people who contacted the network wanting to travel for abortions were unable to obtain treatment abroad.”

This was because Abortion Without Borders activists were able to work with women to order pills online instead, and to access quarantine exemptions (for instance, proof of a medical procedure that cannot be postponed).

The pandemic’s early days were “really stressful,” Ziuban says. “It was amazing how we came together and solved problems immediately, as a group. I think without this network it would have been much, much more difficult.”

“It really gives you this feeling of accomplishment,” she adds, “when, by the end of the week, you know that four people managed to come to Berlin and terminate their unwanted pregnancy and many others in Poland have received pills. Regardless of the stupid, oppressive and patriarchal legislation… they just did it.”

This article is co-published with our friends at OpenDemocracy 50:50. 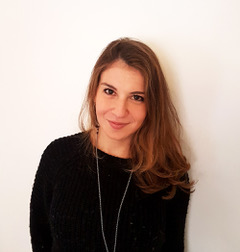 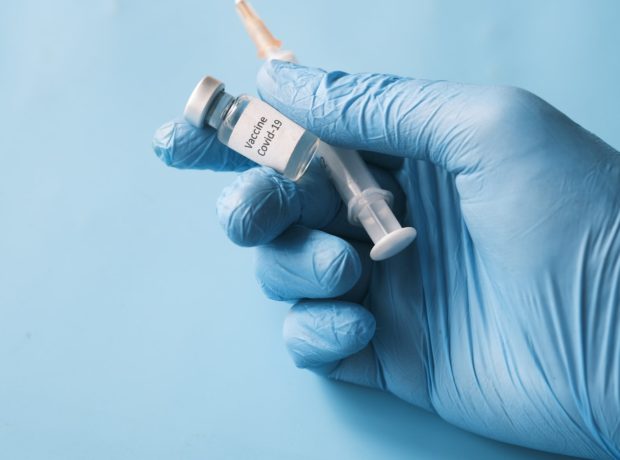