The attack came just before midnight.

About 14 Roma were sleeping in a makeshift camp not far from Lviv in Western Ukraine when 10 young men in balaclavas, brandishing knives and hammers, rushed the camp in a violent assault.

Four other Roma were wounded, including a 30-year-old woman and a boy, aged 10.

This incident in June was part of a series of violent attacks on Ukraine’s minorities, which have increased in frequency and severity this year. In the first half of the year alone there were six major attacks on Roma communities, (calling to mind the pogroms of 100 years ago, when a series of anti-Jewish attacks in and around Kyiv led to the massacre of 30,000-70,000 Jews across Ukraine).

And then finally a fatality, with the murder of David Pap.

At that attack on June 23, eight arrests were made – of seven 16 and 17-year-olds accused of carrying out the assault, and a 20-year-old believed to have planned it.

The youths are all reported to be part of a small group of right wing radicals called Sober and Angry Youth. Branches of this group exist across Ukraine, Belarus and Russia.

Although it is not thought that there is co-ordination between them, there is a shared ideology of neo-Nazism and white supremacy, and a ”straight edge” lifestyle characterised by abstention from alcohol and drugs and the promotion of health and fitness.

It would seem to be another example of the rise of the radicalised far right, seen across Europe and the USA.

However, in Ukraine, a state struggling to rebuild itself after a period of violent change, the situation is more complex than it first appears. 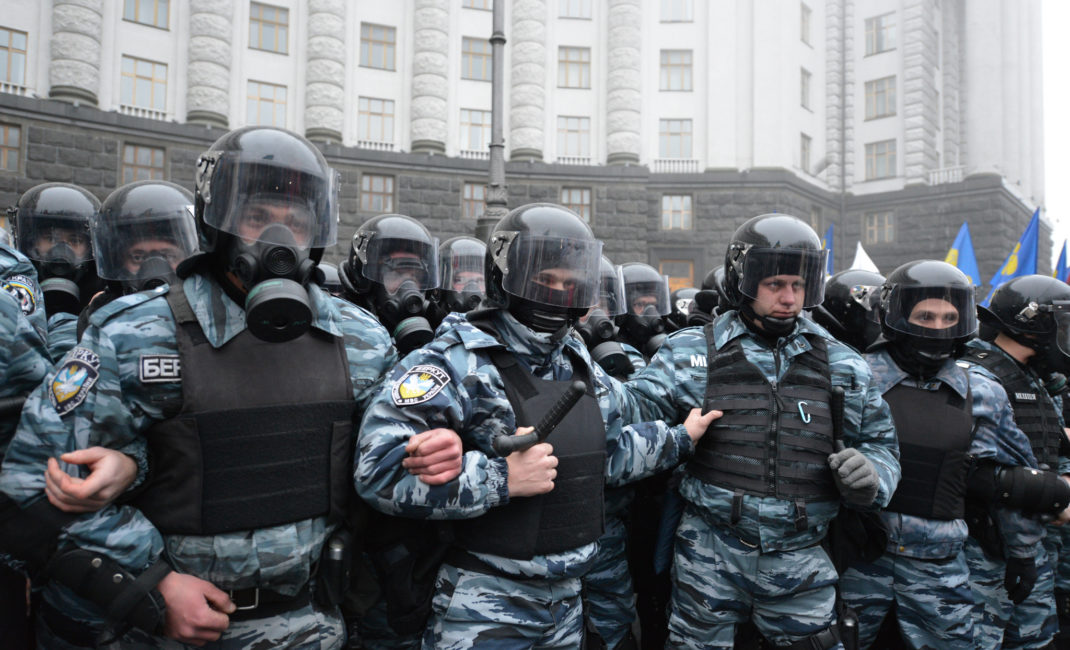 Far right political forces have never gained a foothold in modern Ukraine. Although far right politicians and groups were among the 2013-2014 pro-European Union “Euromaidan” campaigns (which called for Ukraine’s integration into Europe, opposed closer ties with Russia and brought about the downfall of president Viktor Yanukovych’s corrupt regime), they certainly did not lead it.

At the last parliamentary elections the Svodoba (meaning “freedom”) party, which could be categorised as right-wing and nationalist, received only 4.7% of the vote, and there are only a handful of extreme right wing members of parliament.

According to the political scientist Vyacheslav Likhachev, who wrote a report on far-right extremism earlier this year, it is this lack of mainstream political success which is forcing the more radical extremes to indulge in “street politics…violent actions which aim to aggressively impose these groups’ political and cultural agenda on society.”

Likhachev claims they have been emboldened in their actions by a set of circumstances arising from the Maidan revolution and from the war with Russian forces in eastern Ukraine.

These events have brought about a patriotic fervour among Ukrainians.

Far-right groups, while not playing a decisive role in either the revolution or the war, fought in each and have been “riding the patriotic wave”,  gaining an improved image in public life and a much higher profile in public discourse.

This legitimisation has led to a rapprochement between far right groups and the state, particularly the law enforcement arm.

There has been a need to integrate far right volunteer military groups like the Azov Battalion into the main military structure, and some nationalist leaders have been appointed in senior positions in the military and police.

There have been reports that some local authorities have recruited members of known far right groups to conduct “policing activities” such as patrolling the street or policing peaceful demonstrations. Far right groups linked to attacks have also received training from private European security firms, professionalising them.

This may explain to some extent why the reaction from law enforcement to recent attacks has been so muted.

Human rights groups were alarmed by the situation, even before David Pap’s death, and have recently warned of concerns for stateless Roma people moving away from attacks.

It called for Ukraine’s authorities to “urgently take steps to strongly condemn and effectively address attacks and intimidation by radical groups that are promoting hatred and discrimination.”

It added that the police’s failure to adequately respond “created an atmosphere of near total impunity that cannot but embolden these groups to commit more attacks”.

There is a brazen nature to these attacks. Members of the far right groups publish their plans online. They publish photos and videos of the pogrom attacks they have carried out. In most cases they don’t even try to conceal their faces.”

Both Amnesty International and Human Rights Watch have themselves been the targets of attacks.

Radical groups disrupted an event with a Human Rights Watch speaker in May, and LGBT events are frequently disturbed or cancelled due to far-right threats.

The recent death of Kateryna Handziuk, a 33-year-old Ukrainian protester, highlights that these attacks are happening against anti-corruption activists, too.

However, it wasn’t until after the murder of David Pap that the head of Ukraine’s National Police, Sergiy Knyazev, finally condemned such attacks as “immoral and unjustifiable”.

He said: “I assure the public that the police will do their work: the perpetrators of these crimes will be prosecuted and punished.”

There is indignation that the police response has been such a long time coming, and concern that they may not follow through with their promises.

Cooper said: “We have a death, which is absolutely unacceptable. It should be a final wake-up call, not something that’s forgotten about a few weeks later.

“These groups are dangerous and cannot be given carte blanche to do what they want.”

It is the smallest and most vulnerable Roma groups that have been targeted.

Roma are often mis-characterised as naturally itinerant, when in truth most of the Roma living in Ukraine live in cities.

The number of Roma people in Ukraine is estimated at 200,000-300,000. Mikolay Yurchenko of the NGO Roma of Ukraine Ternipe,  stressed the level of integration in Ukrainian society and said the groups under attack have been among the poorest and most disadvantaged.

He said: “Ukrainian Roma are actually made up of several ethnic groups with their own dialects.

“There are small groups of Roma who have come from Russia, Bulgaria, Romania and elsewhere who have not integrated fully into Ukrainian society. It is these groups on the margins which are the most vulnerable.

“They have no ID or legal status and have to travel around the country looking for seasonal work, living in the most basic conditions.”

The war with Russia in the east of the country has also increased tensions. More than a million people have been displaced in the conflict and have been re-housed in central and western Ukraine.

Circumstances can be more extreme for Roma when they are undocumented, having to travel west without access to the support available to other displaced Ukrainians.

The future of these marginalised groups depends on the actions of Ukraine’s authorities and the outlook of its people.

NGOs are pushing for greater integration of displaced Roma, and foreign governments are pressurising the authorities to take a much firmer line on radical far right groups. It is in Ukraine’s interests to heed these calls.

The country still requires substantial foreign investment to rebuild its economy, and this investment relies on significant reform.  Reform has been pacy in some areas, such as banking, tax and the oil and gas industry. Ukraine had to pass 134 reform-linked laws in order to secure visa-free travel in the EU for its citizens (granted in June 2017).

But in the key areas of corruption and the justice system, reform has been painfully slow.

And, as Tanya Cooper stresses, a rapidly developing Ukrainian civil society must also play its part: “The whole country needs to ask what kind of place it wants to be. The kind that condones this violence or one that stands united against this type of abuse.” 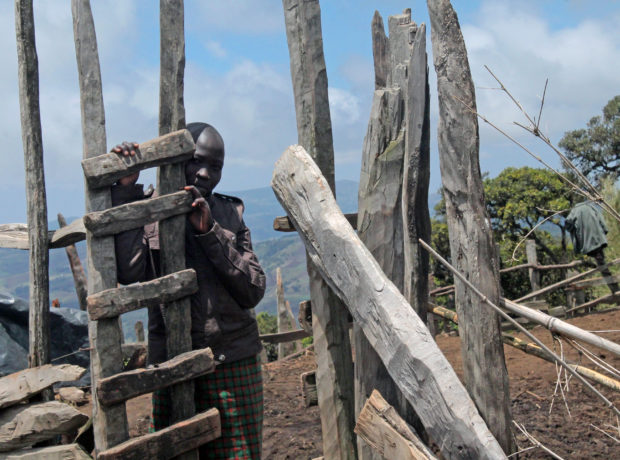