This vivid short story gives us a glimpse into one family’s journey from Pakistan to the UK. Our 16-year-old writer presents a sensitive and spirited description of immigrant life, based loosely on the experiences of his grandfather.

Kadeer Khan is the winner of the University of Warwick’s fifth annual Writing Wrongs Schools’ Competition, organised by the Centre for Human Rights in Practice. This is his winning article which he reworked with Lacuna Magazine.

I had no intention of leaving my family behind. None at all, in fact, but the desire for a better life proved to be an inescapable mirage.

My home in Saidpur – a glorious stretch of land rooted deep in Islamabad – was as close to perfection as anything could be. The mountains of Daman-e-Koh stood watchfully beside the city, overseeing the happenings of a humble people.

The community was a spider’s web; each thread delicately woven into shape.

The marketplace lay tribute to the work of former generations, sparking life into fading embers. Wafts of chillies hovered patiently in the pure air. Trolleys of ripened fruit rattled rhythmically against the uneven ground. By day, Saidpur bustled with undying optimism. By night, I was engulfed by a morbid reality. Hope was dead.

The man who pushed me away from my family was British. A disapproving, pale face sat begrudgingly on his stern neck. His icy breath sent chills throughout Saidpur. Pinched lips screamed disdain. The man was far taller than the rest of us, but instead of legs, he was seemingly propped up by two British flagpoles.

Without saying a word, he worked his way through the street, handing stacks of paper to every man he could find. When he eventually reached me, a deafening silence was felt by all.

His harsh stare scorched me; his eyes were a magnifying glass, directing unforgiving rays of sunlight onto my skin. 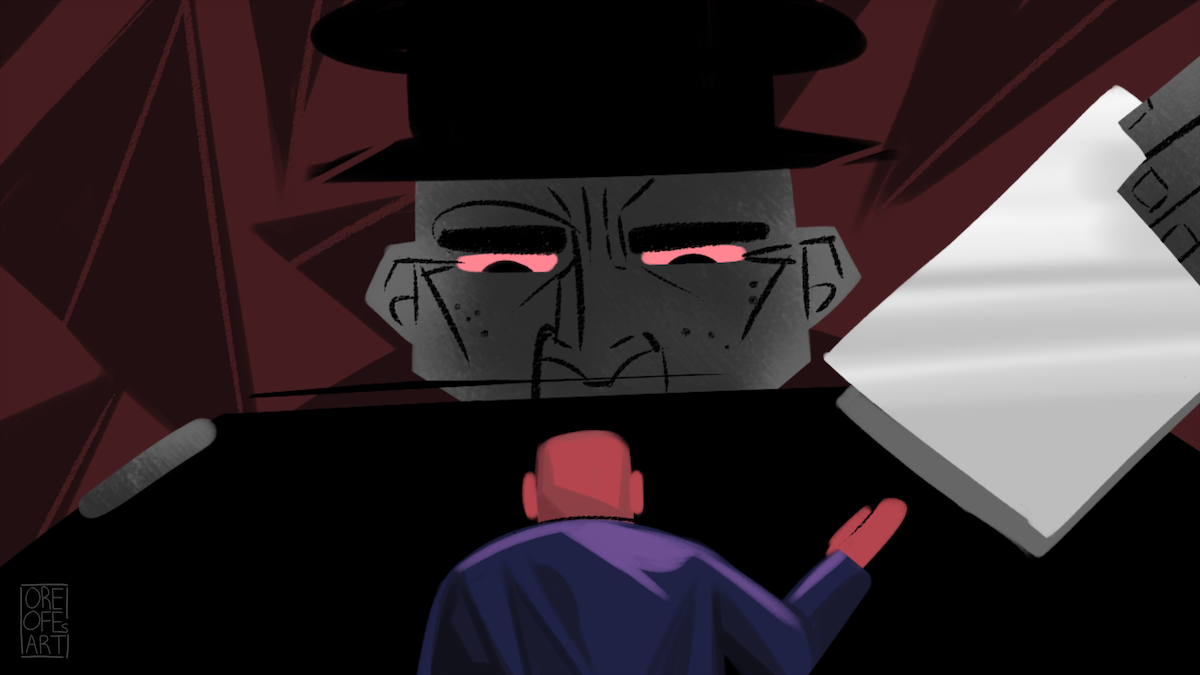 If I had stayed any longer, I fear I would have been burned to ash. So, I took the papers and headed off, not looking back.

I could not forget his face; it reminded me of my father. According to my relatives, he was charm and likeability personified, but the poorly-hidden scars on my mother’s arms and neck told a different story. He died well before I had the chance to get to know him, but the white man looked just like the man in our photos. Perhaps, I saw my father in these papers too; they were a contradiction – a gift and a curse.

Most of the papers were formalities, but the sheet that sat at the front read, in large, bold writing: ‘Paid work in Britain – VISA NOT REQUIRED.’

This irked me. My mother always told me – in our native tongue, of course – that if something seemed too good to be true, it probably was. My hopeful, younger self would have dismissed this, but as our financial situation gradually worsened, an opportunity as blatant as this one seemed to be our only choice.

Read more: The Jungle, Calais: “The best and worst of humanity in one place”

I was the only one of my six siblings who was old enough to work. Getting by through innumerable hours of labour was unsustainable, especially with the underwhelming salary it provided. I sat alone in the garden for the rest of that bitter evening, arguing back and forth with myself. While my options were simple, the outcomes were not. 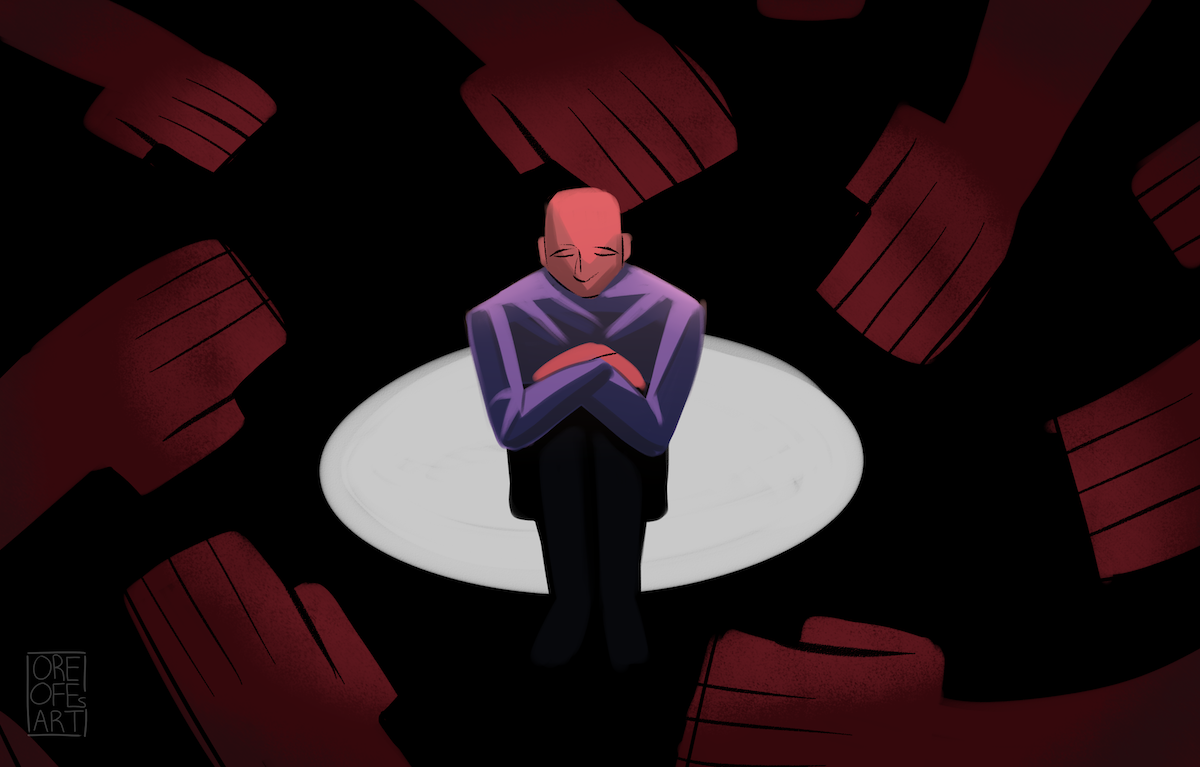 The next morning, having had a restless night, I clambered to the marketplace where I, once again, found the white man. Through gritted teeth, I mumbled the only question that festered in my mind. The warmth of the response he gave juxtaposed his cold, piercing breath. “You can take three people, kid.”

So, I did what any logical man would do in my position. I took the opportunity.

The ship was packed to the gunwales. It was nearly impossible to take a few steps in any direction and not tread on someone’s feet. The salty stench of sweat was potent. There was no night or day. 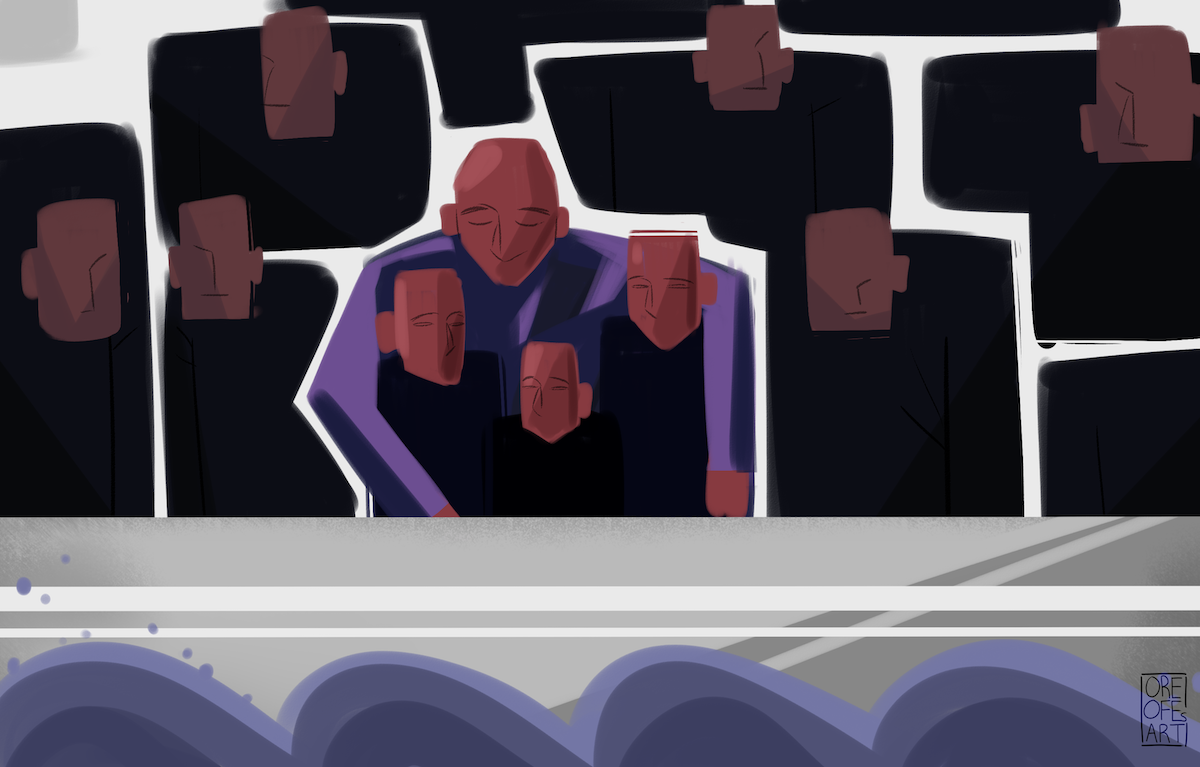 Me and my three younger brothers were given a dingy cabin with two single beds and a work-desk that provided no usefulness to us except as a seat. The main deck acted as some sort of a common area, where restless kids moaned and cried and slept on the hardwood floor, while the parents sat uncomfortably, suppressing their anguish and hopelessness.

Though my reasoning was completely justified, I felt guilty for bringing them along; I could not be the sole provider for much longer. It was an immeasurable pity that I could not take my entire family, but I had no choice. My mother was reluctant to see me go – as was I to leave her behind – but someone needed to stay behind to care for the little girl, Faizah.

I hoped my brothers would see that I brought them along for their own benefit, but the longer I sat and watched the three of them struggle to sleep, I began to doubt whether my decision was informed enough.  Jamil, the oldest of the three, would be able to work in four years.

Hopefully then, I would see that it was for the best. For the time being, however, they were nothing but a burden I imposed on myself.

Once a few hours had passed, everyone – including the children – participated in melancholic silence, with the occasional whisper or creaking floorboard disrupting the quiet.

I left my brothers asleep in the cabin and went to the upper deck. Sat on a rounded dining table – with names, numbers and foreign symbols etched into the pinewood – were a small group of elderly men.

Their demeanour was surreal. Their odd and mechanical interaction comforted me; it was a reassuring blanket, masking their fear of the unknown. I, however, could not hide my fear at all. I sprinted back to the cabin and slammed the door shut, closing myself off from the world. 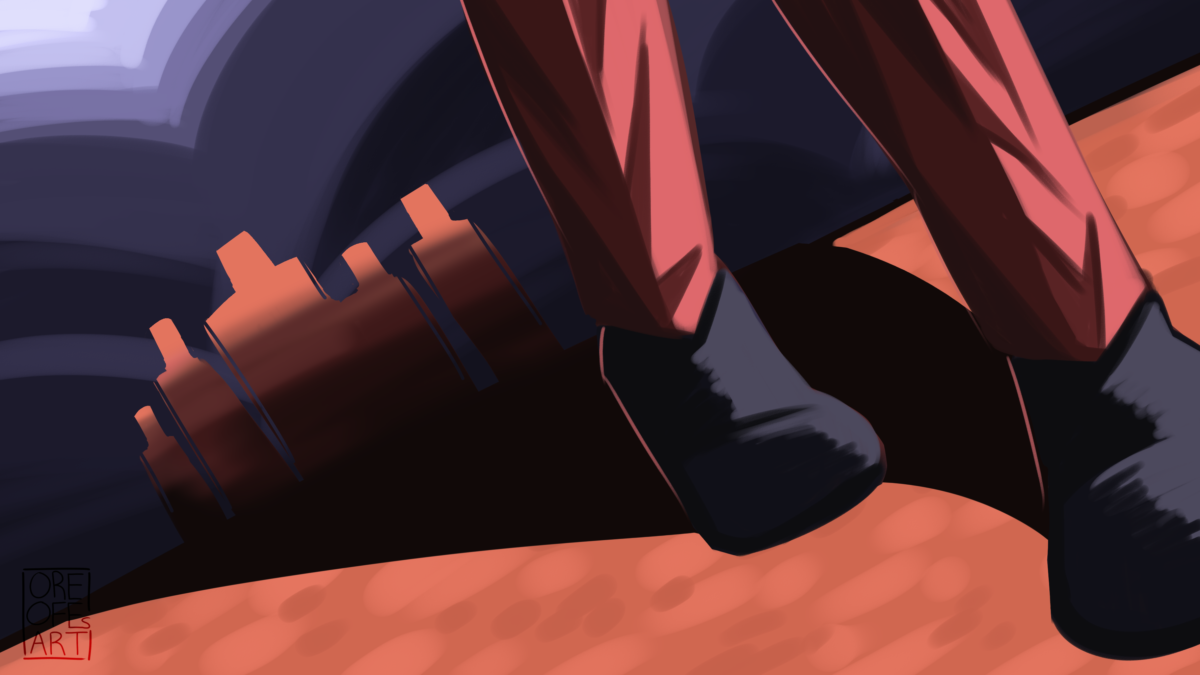 Nechells Hall – the centre we were living in – was dimly lit. For the first few days, everything was still. Hardly anyone entered, and almost no one left. The softwood flooring was hollow, and a few tiles cracked under the immense weight of men in sleeping bags. Bulbs died out by one until the only source of light was in the centre of the room.

Once work at the factories had officially begun, the men, women and children all began dispersing among the public. I was reluctant. I was a pioneer, an explorer, a tourist in one respect, but I was also a guardian, responsible for my brothers. So, I laid low for the first week or so.

When I eventually mustered up the courage to explore this new land,  I began heading down to local shops with the week’s pay in my left pocket. No one shopkeeper was the same. Some met me with beaming smiles, others glanced at me with pitiful smirks, and I was struck by the majority with apprehensive glares.

Although their dissent was noticeable, I was never refused service.  However, once I inevitably branched out into public territory, I was met with unequivocal abuse.

It began with a wave of muttering, gradually picking up pace until eventually, I was washed over daily with an unstoppable tsunami of hatred.

Litter left in the ruins read ‘paki’, ‘curry muncher’ (which, accrediting their own lack of knowledge, was geographically inaccurate) ‘brownie’ and ‘coconut’ – among others.

I battled with myself daily about whether to retaliate, but decided it was wisest not to; it was a losing battle from the outset. So, I kept quiet, cutting glass with rusted machines at the dingy, perilous factory. Working there was not an enjoyable experience by any means, but it kept me away from the beady eyes of vultures, hunting me down. 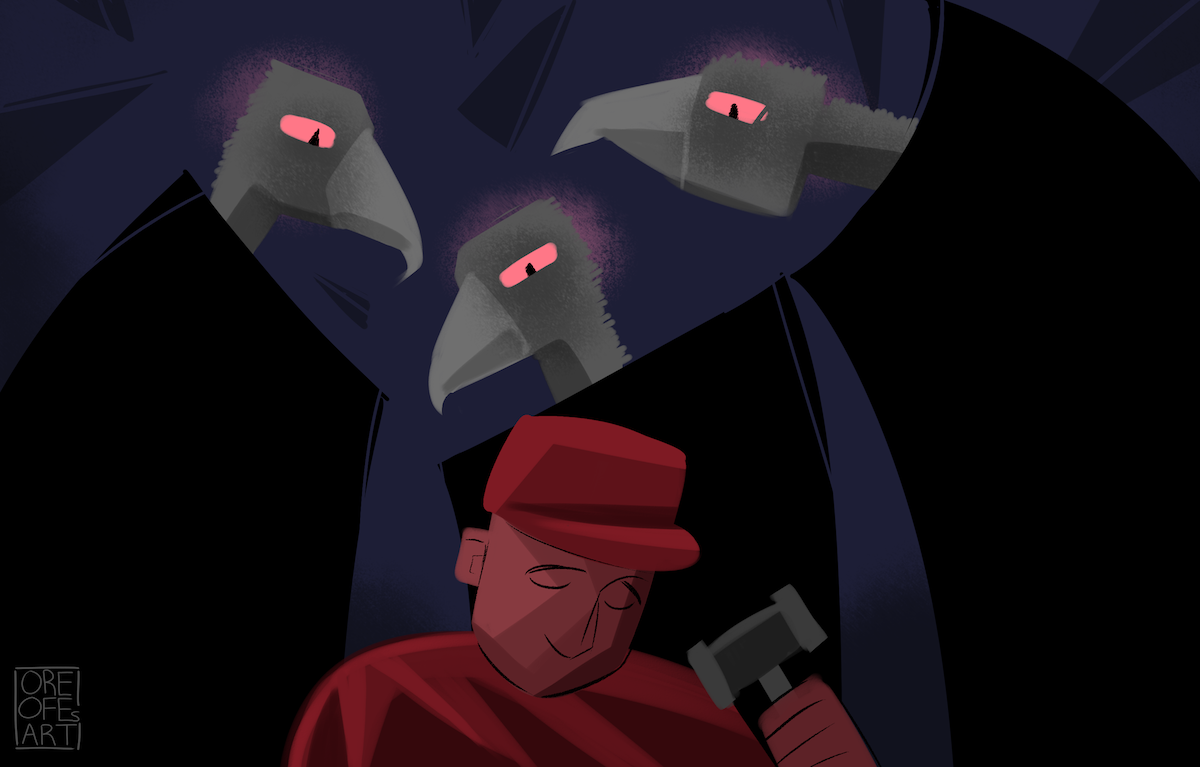 Any spare hours were spent at the factory, while my brothers played increasingly uninteresting board games for hours back at the hall. Year by year, I cut away my youth, abandoned in the dust, to be forgotten forever.

My brothers and I visit my wife today. In the car I ask them about their work. Jamil is working for a law firm that, quote-unquote, “drains the life energy from [his] soul”. The youngest is out of employment but promises me he won’t stop looking until he finds the right one, and then he’ll look for a job. Rashid, the middle child, is due to get married this summer and I will – as expected – be the best man.

Maybe I don’t deserve any credit for getting them this far, and maybe I gave them no choice, but I can say for certain they are no burden on my shoulders. Under my subdued exterior, they know how proud I am, so maybe it was worth the struggle.

When I eventually arrive home and gaze at our wedding pictures, I feel almost certain I can see whispers of her walnut brown hair dance in the picture frame.

Her welcoming face still glows on the wall; she is my incandescent flame. It ignites in me every memory of her – her strength to overcome the hate, her spontaneity, and her spark when she had an epiphany. More-so than anything else, she never ceased to garner my admiration with her unconcealed vulnerability.

I visit her on the weekends – and on her birthday – with a bouquet of poppies and white roses to lay on the ground that envelops her. She is the mother to my four children: Miel, Sofiane, Kian, and the eldest – Zaya.

With Miel taking the bus to school, my only job is to watch as Sofiane steps out of the house and heads off walking to college. With his hood up and earphones in, he sprints out of the house and meets up with his friends at the end of the road, ignoring the crowd of people outside our front door. But I struggle to do the same.

As my foot hits the pathway of the front garden, a metallic stench is injected into my nostrils – paint. Using the cloud of pointing fingers as an indicator, I jerk my head towards my right.

On the fence, a written message in massive, uneven capitals, using blood-red paint reads: “FUCK OF HOME”. This makes me livid, and not because of what the inhospitable sentiment.

The message has lost its meaning; it’s a story told to the same people a million times in different ways. What frustrates me is the culprit’s inability to spell simple words.

So, I go to the shed at the back of my garden, grab the closest shade of red I can find, and march back. The neighbours’ looks of collected confusion as I begin painting the second ‘F’ onto the fence is unparalleled. I even let out a little chuckle in acknowledgement.

When the job is finished, I head back into the house and go to the bathroom to wash the paint off my hands. Almost simultaneously, the most tragic of ironies washes over me; I am the foreigner, but they don’t know the language. 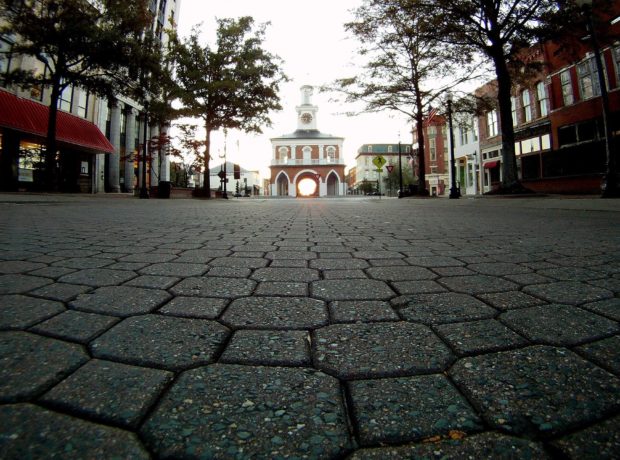 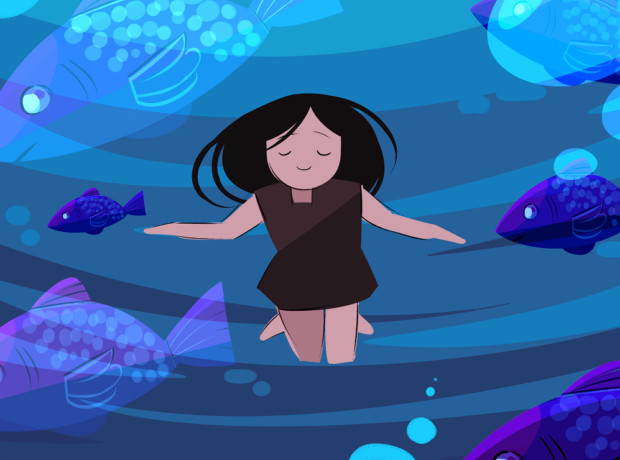