Injustice and human rights violations rarely occur as isolated and inexplicable events. Structural inequality and poor policy-making play an important role. How then do we engage with the stories of such suffering? How do we make sure that the voices of people affected are heard by politicians and policymakers?

Last week, at the Orwell Prize for political writing shortlist event, I listened to leading media professionals debate the question, “Is there an Unreported Britain?” It heightened my concerns that untold truths, muted voices and political marginalisation are eating away at the heart of our democracy.

I sat with Lacuna’s writer-in-residence Rebecca Omonira-Oyekanmi, who had been longlisted for the Orwell Prize for Journalism. The debate covered some of the issues tackled in Rebecca’s work: people at the sharp end of austerity, entire communities disenfranchised by a lack of local reporting and the holding of political powers to account. We listened, nodding in agreement. And then it happened: Rebecca’s name was read out and I grabbed my colleague’s arm. According to the judges, Lacuna’s writer-in-residence is one of the six journalists whose work this year comes closest to George Orwell’s ambition of making ‘political writing into an art’. She is also the only shortlisted author not affiliated to a long-established national newspaper.

This shortlisting recognises the quality of Rebecca’s work and her commitment to telling stories that would otherwise remain untold.

This shortlisting recognises the quality of Rebecca’s work and her commitment to telling stories that would otherwise remain untold. It also marks the beginning of Lacuna’s second year, and its ongoing commitment to challenging indifference to suffering and promoting human rights. To celebrate Rebecca’s outstanding achievement, Lacuna is showcasing a retrospective of her work on the impact of austerity. The following four articles were submitted as part of her entry for the Orwell Prize.  They all come from Unreported Britain.

In Down the Rabbit Hole: single parenthood in austerity Britain, Rebecca investigates the disconnect between UK government policy and the lived experiences of single parents, who have been heavily impacted by welfare reform and public spending cuts. She gives a voice to the women who are struggling to survive, sharing with readers that “the mental strain of raising children alone, against a bureaucratic and often punishing state, is frightening”.

A second piece considers the wider damage caused by the cuts to civil and criminal legal aid. Rebecca reports that it is so often those in greatest need – the vulnerable, the isolated, the poorest – who are most affected. In ‘How to Build a Law Centre’ she describes how Birmingham’s new Law Centre was created by the drive and commitment of individuals determined to serve their community at a time when many Law Centres around the country are closing. She gives us hope, by telling a phoenix-from-the ashes story.

In ‘Black and dangerous? Listening to patients’ experiences of mental health services in London’, commissioned and first published by openDemocracy’s Shine A Light project, Rebecca reports on the impact of recent spending cuts in the already underfunded mental health sector. The piece reveals that the withdrawal of funding has confounded longstanding issues around the treatment of ethnic minorities, particularly black people who are still more likely than whites to be heavily medicated, restrained and detained against their will.

Finally, ‘Rats in the Lunchbox’, another Shine A Light commission, examines the routine exploitation of poorer tenants who suffer the worst impacts of our housing crisis. Rebecca tells the stories of Londoners whose struggle to survive remains unheard by government and local authorities. And again, Lacuna’s writer-in-residence tells the tales that are crucial to understanding the perspectives of poor and marginalized individuals and communities across our country. 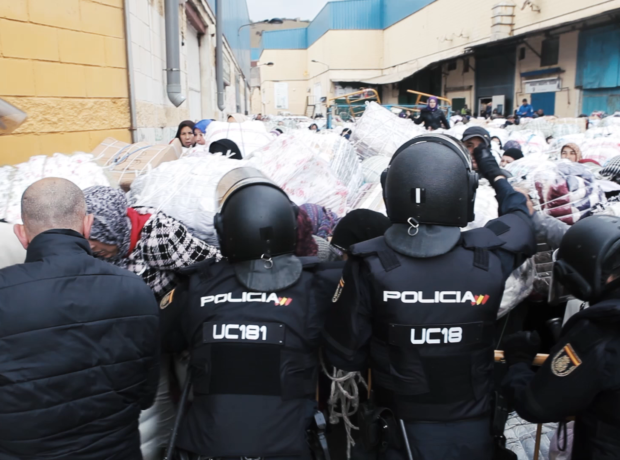