In a year of political uncertainty and polarised opinion the outlook has often felt bleak. But from the gloom inspiring tales have emerged of grassroots action, of communities determined to continue despite conflict, and of refugees rebuilding their lives and helping others. We’ve seen women making their voices heard in the most unlikely places and our story about LGBT rights has been quoted in Parliament. In a timely reminder of the power of people and positivity, here is our editor’s pick of human rights stories from 2019. 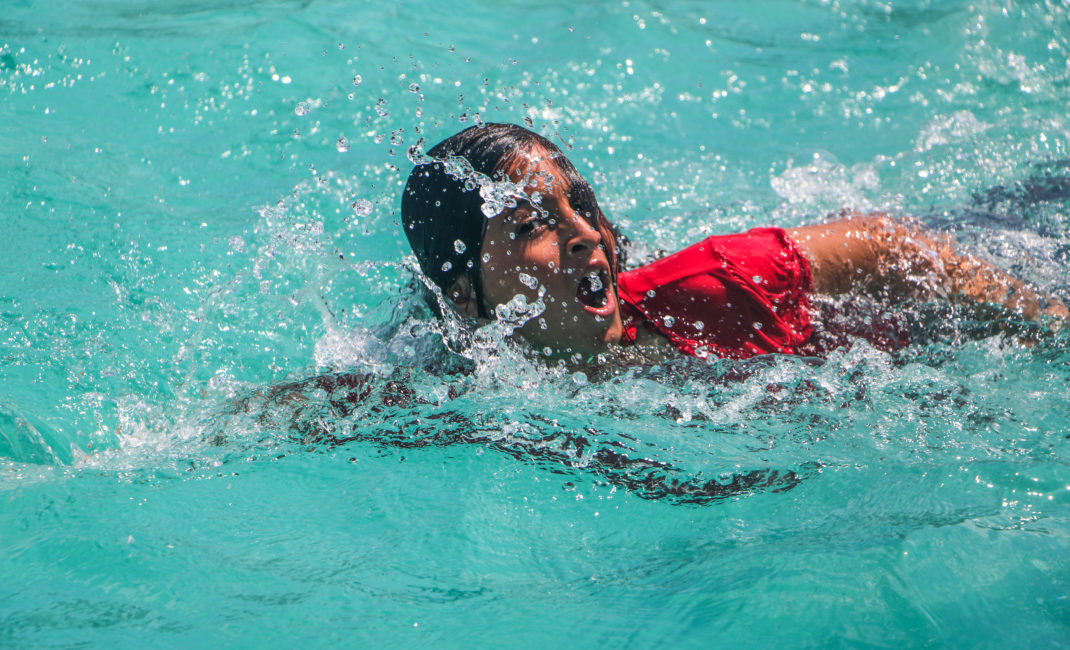 Swimming in Gaza: The power of taking to water in a war zone

Swimming is a great escape for me and for the children from all the troubles that meet us in life here. When a person is swimming, they forget about all their troubles and pain.”

In the Gaza Strip, Lorissa Rinehart speaks with Amjad Tantish and Husein Moghat, two swimming instructors determined to inspire the next generation despite the challenges of living in a conflict zone. The story finds swimming pools built from the rubble of war and swimmers whose Olympic dreams can’t be quashed. Find the full story. 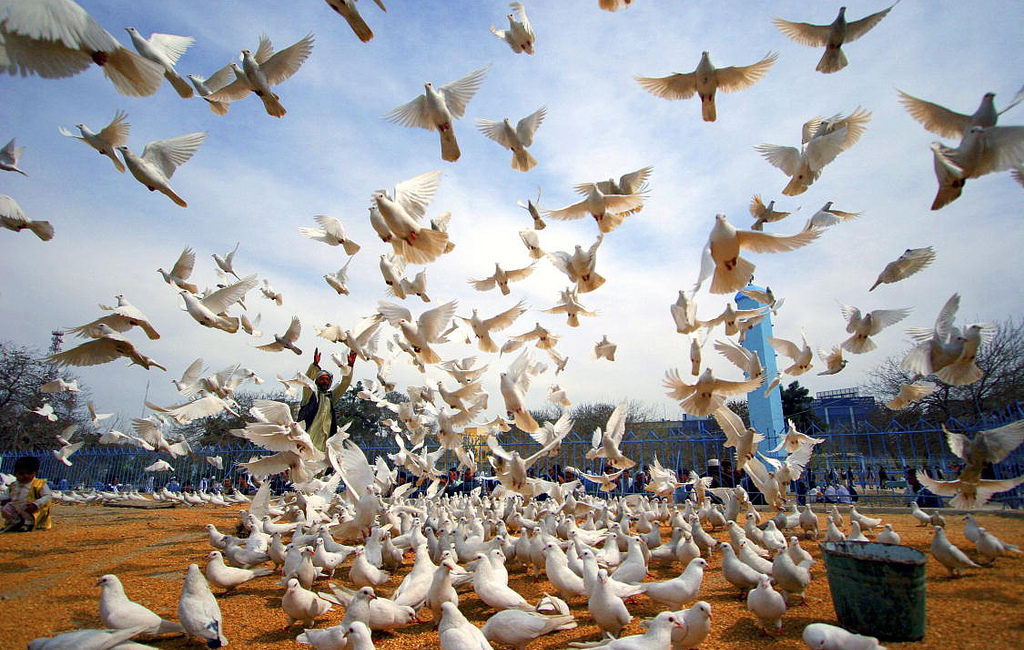 Women have been actively leading peace efforts in their conflict areas, their role is pivotal for ending the war and the president knows this fact.”

Culture is one of the greatest challenges for female peace activists in Afghanistan, as women are not allowed to protest alongside men. To overcome this, Afghan women have started their own campaign, challenging gender roles and religious restrictions, and using women’s traditional duty as mediators to push for peace. Find the full story. 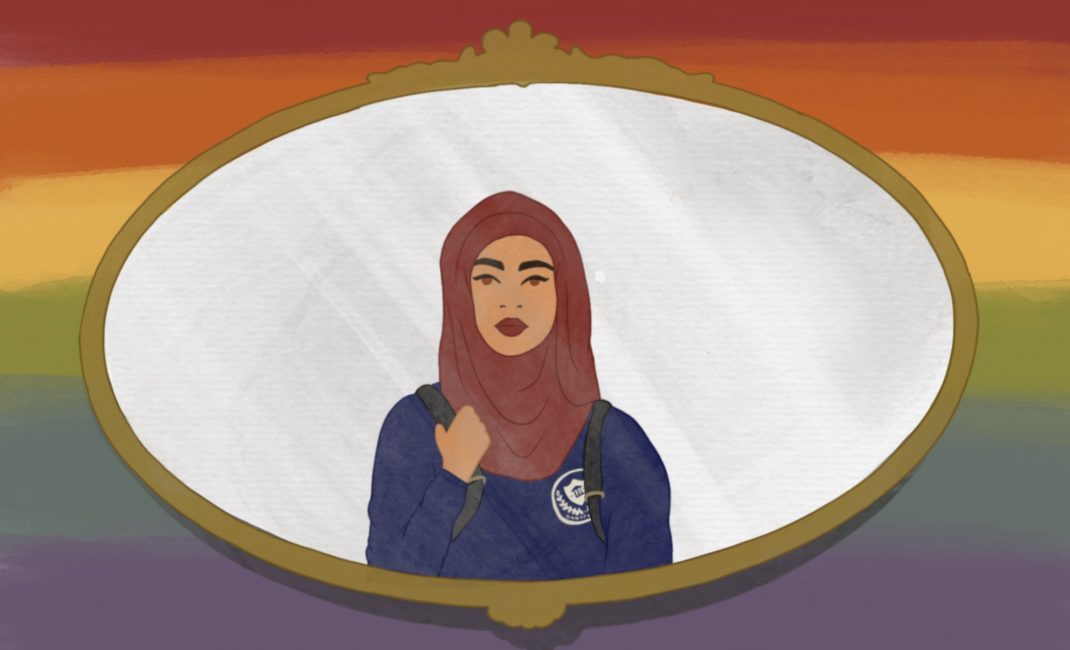 From an outsider: The reality of being lesbian and Muslim

I am stuck on the outside, doubly so, arguably. But I’m also caught in between, and in many ways that’s worse, being trapped the way I am.”

In telling the moving story of her life, our writer inspired many readers with one of our most widely shared stories of the year. Responding to the protests against LGBT acceptance at a Birmingham school, she explains her struggle to come to terms with her own identity and her inability to share that identity fully and freely. This story was referenced in Parliament during a cross-party debate, with MPs quoting: “When I think of how the knot in my teenage heart could have been loosened if I had even one lesson at school telling me I wasn’t broken or put together wrong…I realise that this isn’t a religious or even spiritual debate. It’s a matter of human rights.” Read the full story. 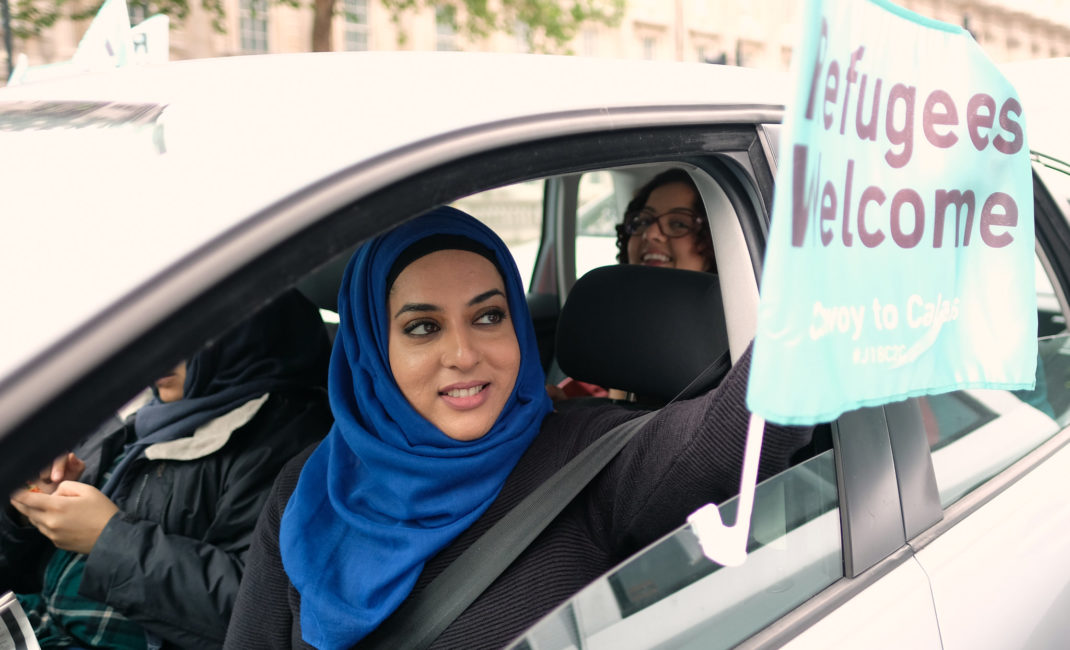 Participants in the Calais “Jungle” Refugee Camp aid convoy setting off from London for France – by Alisdare Hickson.

The lawyers and activists proving that “It Can Be Done”

What happens when, despite existing legal routes to safety refugees are packed into under-sized rubber dinghies and pushed out to sea, when a child wedges themself into the wheel arch of a 30-tonne lorry, when parents carry their children across entire countries hoping that the next one might be better?”

This new podcast series tells the story of the Migrants’ Law Project, a group of lawyers and activists who come together to reunite refugee families. This is a tale of human rights law in action, exploring how the law can be used to create positive social change. Listen to the podcast here. 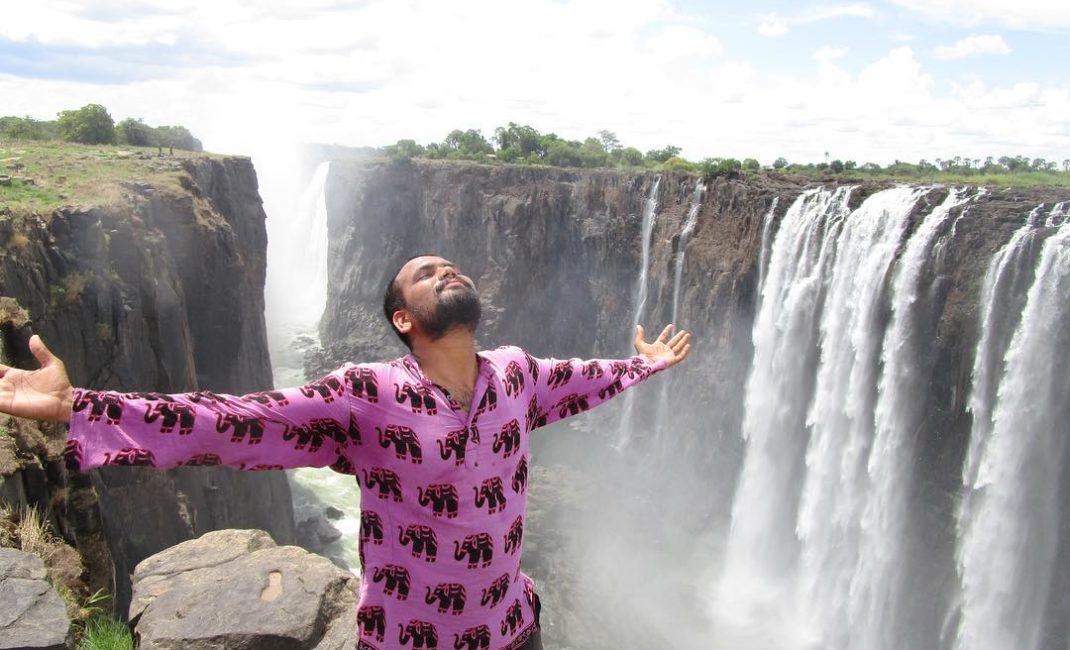 The man inspired by Gandhi to walk around the world

People say it’s one of the richest countries in the world but I found it was one of the poorest. I’ve never seen such a stark contrast between rich and poor in the world.”

After leaving his village in India, Nitin Sonawane, 28, has spent every day of the last three years moving from place-to-place by foot or by bicycle. Each day he arrives somewhere new, asking a stranger if he can pitch his tent next to their home. We asked him what he has learnt so far along his journey. Read the full story. 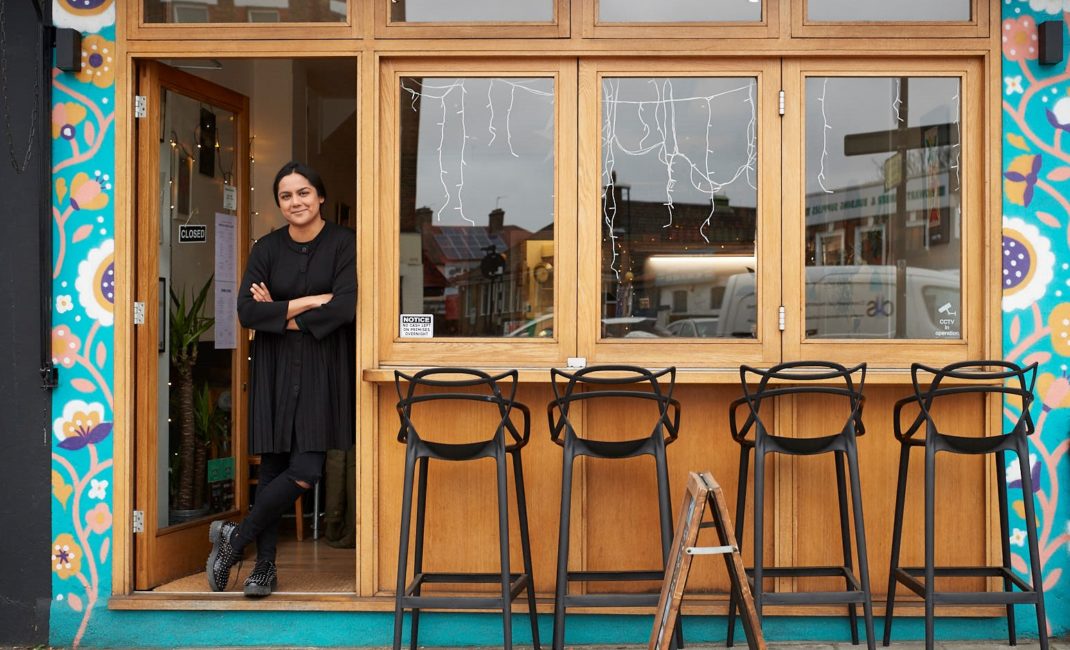 Tackling the shame and stigma of a cancer diagnosis

I have spoken to the top cancer charities and organisations in the UK and asked the question where are the “brown faces”? The feedback is the same: people are “scared” and “ashamed” to come out.”

When restaurant-owner Saima Thompson received a terminal diagnosis, aged 29, she began to understand the extent of the stigma some British South Asians attach to cancer. Through her Curry and Cancer blog and her loyal social media following, Saima is sharing the highs and lows of her journey, using her platform to explore the idea of “immigrant shame,” speaking out against the cultural taboos that are fuelling health inequalities and costing lives. Her story is one of the most moving and inspiring we’ve published. Read her full story. 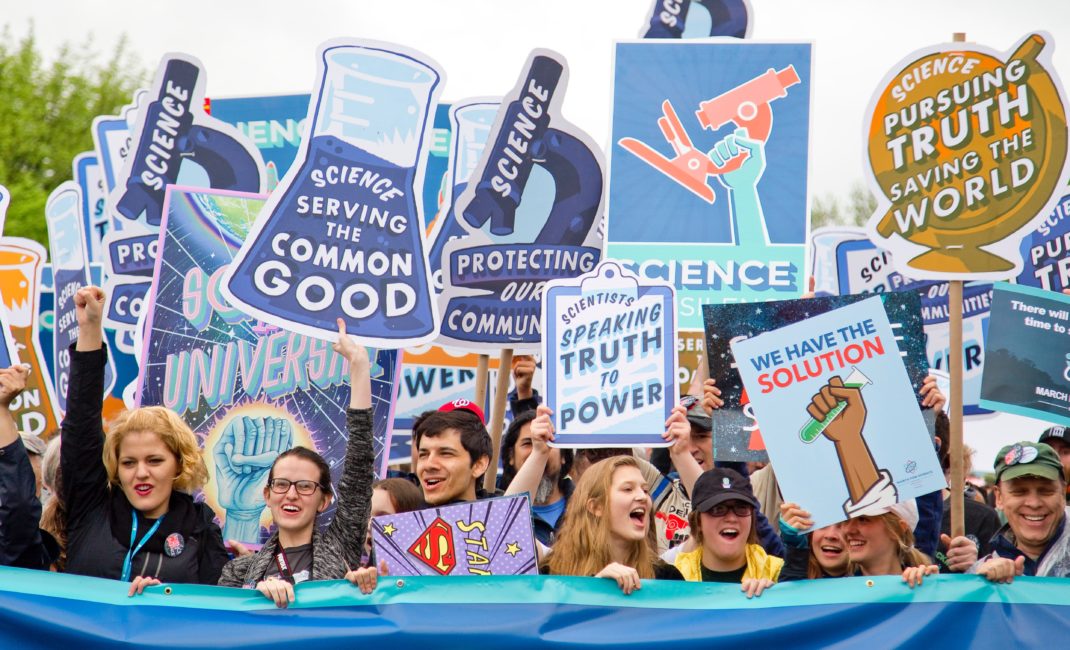 I’ve come through that knowing that not only am I still valid as a scientist and as a logical thinker even though I’m sensitive and emotional, but that in fact, those qualities actually add to what I can offer.”

Dr Emily Grossman met a series of hurdles in her quest to be a scientist, from male-dominated classrooms to brutal social media trolling. Instead of being put off, she is using the challenges she faced to urge more young women into STEM (science, technology, engineering and maths) – and to encourage scientists to show their emotions in the lab. Read her full story. 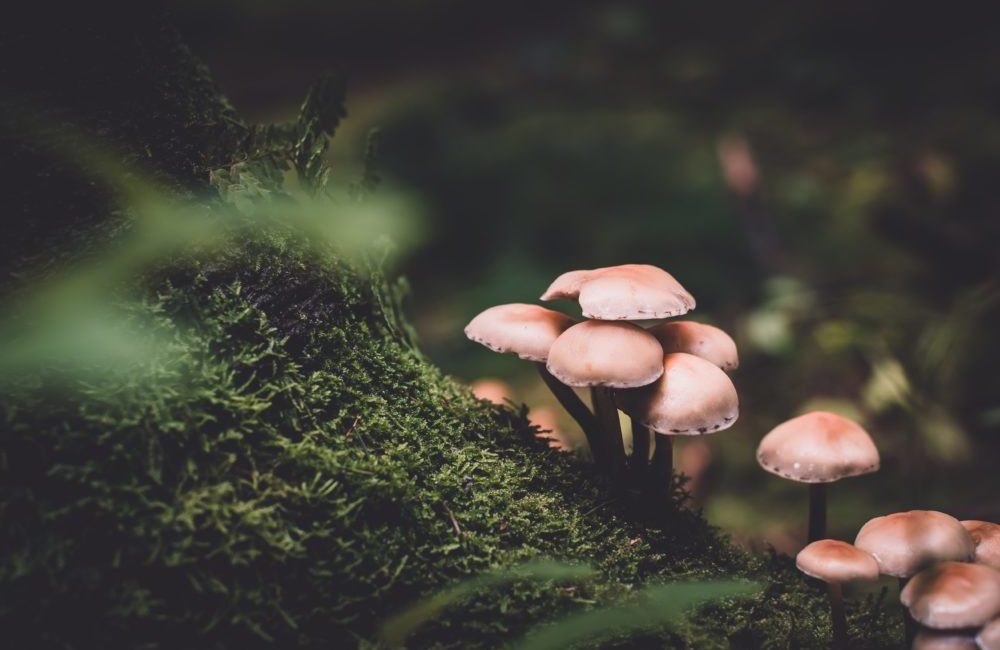 Can mushrooms show us a better way of life?

I’ve learnt a lot from a set of volunteers, scientists, activists, a group of people who want to restore a particular kind of woodland formation in Japan…”

In this episode of new in-depth interview podcast Spoken Earth, anthropologist Anna Tsing suggests a new way of understanding nature. She considers what we can learn from the thriving of new life in destroyed landscapes and the intermingling of different peoples and ecosystems. Listen here. 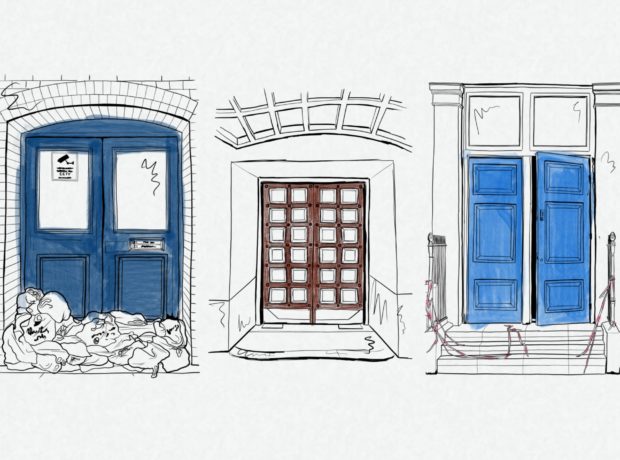