Lacuna editors, Rebecca Omonira-Oyekanmi and James Harrison reflect on some of the highlights of Lacuna’s year and introduce a new call for submissions on the theme of environmental migration

New Downing Street files released last month show that Margaret Thatcher and her government were desperate to distract the public from the mass anti-nuclear protests taking place in Britain in 1983. One idea mooted was to flood the press with pictures of the then one-year-old Prince William.

This timely note from the past tells us something of the untapped power and potential of protest. At the time, the Greenham Common women who set up a peace camp outside a nuclear warhead base in Berkshire were publicly dismissed, laughed at. And yet the government was afraid that their creative protest might inspire and inform the wider public.

The idea that politicians might mislead the public resonates in the aftermath of Brexit. For months the public was fed misinformation and starved of intelligent debate about the EU and the reality of Britain’s place within it. And now in places like Wales, battered by deindustrialisation and reliant on EU social grants, post referendum polling suggests a change of heart as the facts begin to trickle too late into public discussion. Now seems fitting to return and consider Lacuna’s original mission.

Lacuna began life in February 2014 with a series of articles curated around the idea of ‘protest’, the patience of those engaged in long term struggles, the art of protest, the legacy of the Greenham Common protests and the campaigns they would go on to trigger. This was part of our attempt to allow stories ‘to breathe’; To move beyond the acute but fleeting focus of 24/7 journalism on the one hand and academia’s inaccessible and introverted conversations on the other.

If the government sought to distract the public from the pressing political and social issues of our time, Lacuna would be a space to re-engage people.

For many years, exacerbated by the 2008 recession, the political establishment has sought to distract the country from growing inequality within the UK and across the world, creating false targets for blame when the economy failed. In its short life Lacuna has sought to counter misinformation, presenting thoughtful writing, film and art on issues of inequality, war and peace, austerity, environmental justice, European politics, gender and racial equality and much, much more.

Two years on from our inception, amid a mix of slow burning and rapid crises across the world, such endeavours are just as vital. Among other subjects in 2016 Lacuna made a concerted effort to look closely at migration and return again to the theme of protest. Last year as the refugee crisis hit Europe it felt timely and urgent to look in depth at migration. We published a range of articles tackling international and domestic areas of migration, the laws governing the movement of people, why people move, and the human stories of those moving at time of increasing hostility towards immigrants and refugees. Below are some of the highlights.

Two Flights: the deportation game: We commissioned Luke de Noronha to write this piece late in 2015. Luke was already researching the British Home Office’s deportation regime, focusing in particular on the deportation of ex-offenders from the UK to Jamaica. Luke was struck by the personal stories of the people he interviewed and was open to presenting them in a way that broke free from the structures of academic writing. The final feature was published in March 2016 and told the story of Chris, a young British-Jamaican man who’d spent his formative years in the UK and was deported to Jamaica after committing a minor drug offence. Chris revealed the difficulties of starting afresh with no family or friends, and an ocean apart from his young children. His voice carries the article and shines through in a way that is rare in reports of this kind. Luke’s own academic knowledge and research provides essential infrastructure to the piece, giving the reader important political context and revealing the wider importance of Chris’s story.

Beyond the Refugee Crisis: For this feature Lacuna’s writer-in-residence Rebecca Omonira reported from Italy, where she gathered stories of people arriving in Sicily aboard clandestine boats from Libya. At the time, the collective EU response to the crisis was to help only refugees from Syria, Eritrea and Iraq. The fate of the hundreds of thousands arriving from elsewhere in the Middle East, and across north and sub-Saharan Africa was unclear. Beyond the Refugee Crisis follows Fatima, a migrant from Nigeria who fled war-torn Libya and boarded a boat bound for Europe. As Fatima’s story unfolds, we become acquainted with the myriad and complex reasons for her migration, and understand something of the trauma of arrival in a hostile Europe. The story adds to a growing body of evidence illustrating the inadequacy the EU’s common asylum system and the emptiness of its rhetoric on human rights and free movement.

The Quality of Mercy: Here is another piece which attempts to flesh out the refugee crisis and deconstruct some of the associated myths and caricatures. Judith Vonberg reviews Crossing the Sea: With Syrians on the Exodus to Europe and interviews the author – German journalist Wolfgang Bauer. The book documents the experiences of a group of Syrian refugees as they try to reach Europe from Egypt. Judith considers the book’s rare feat of portraying the refugees as they are, human beings with quirks, faults, professions and lives beyond this journey and this crisis.

In Europe’s Other Border Crisis photographer Sergi Camara reports from Melilla, a Spanish enclave close to Morocco where thousands of migrants attempt to cross each year. Sergi’s images reveal the violent game of chase between people trying to enter Europe and the guards tasked with keeping them out. What’s most powerful is the close up shots of the migrants themselves, their expressions preoccupied with the Herculean task of trying to move in the face of bullets, fences and guards.

Our second major theme, was influenced by a more local news story but with wider societal implications. In December 2014 Warwick University, where Lacuna is based, embarked on a new chapter in its relationship with protest when police were called onto campus to deal with allegations of an assault during a student demonstration. After arriving in riot vans, officers used CS gas and a taser in their altercations with protestors. Video footage taken on a mobile phone captured the incident – screams, streaming eyes and all – and the story quickly became national news.

Lacuna’s editors were behind a ‘protest summit’ bringing together students, teachers, local police and the Vice-chancellor of our university to discuss issues of free speech and protest on the university campus. That was early 2015. Over the year that followed, from South Africa to India, Egypt to the United Kingdom protests at universities seemed increasingly prominent. With universities at the centre of so many protest movements, Lacuna marked the one year anniversary of the Protest Summit with a week of events on protest, accompanied by a series of articles, reflecting on protest at universities and beyond. Many were concerned about threats to free speech in universities themselves, most startlingly captured by Warwick professor Shirin Rai bearing witness to an undemocratic attack on one of the foremost universities of India – Jawaharlal Nehru University.

Some of the most creative and inspiring writing about protest published in Lacuna over this period involved environmental protest. Many students, academics and journalists attended the COP21 UN Summit in Paris last December. Their despair at the politics inside the conference hall was tempered by hope at the alliances activists formed outside, and what they might do next.

In ‘Climate Change and the Paris Conference: Seeing Hope in Activism’, Adam Weymouth took us on a journey with the protestors he encountered outside the summit. His writing brings out the colour, richness and imagination of the protestors and gives us a window into their diverse reasons for joining the protest movement. We return to that theme with a new article this month by Kelsey Kramer McGinnis. In ‘Singing with our ancestors and descendants: Music-making and intergenerational justice theory at COP21’, Kelsey reflects on two musical moments she witnessed at the conference and how they appealed to the assembled crowd by making links between past, present, and future generations.

She argues powerfully that these interventions can be a model for how musicians and artists can define their role in tackling climate change in the future.

Lacuna has always followed important campaigns for justice and sought to understand how global movements on issues like climate change can make a difference. But sometimes it is the stories of individual campaigners that are most compelling. Just such a story was told by Dr. Katharina Karcher when she interviewed the radical Catholic priest Father Martin Newell. We learn of Newell’s 20-year commitment to civil disobedience, his creative and persistent protests aimed at getting us “to wake up to what is already happening to our world, make urgent changes and take urgent action.”

So, over the last year Lacuna has continued in its mission to let the most important stories ‘breath’, and to give voices to those we don’t often hear from in the mainstream media. Our focus on the efforts of environmental protestors and the suffering of migrants has epitomised this approach over the last twelve months. We will continue to tell their stories separately, but when considered together the two themes reveal a new emerging story, yet to be told widely. Migration is increasingly being driven by environmental issues, and climate change is set to create mass migration of hundreds of millions in the decades to come. We must tell the stories of ‘environmental migrants’ so that their need to move is better understood in the countries receiving them, and so that we increase our resolve to reduce greenhouse emissions so more people can remain in their own communities.

Submissions are now open on the theme of environmental migration. All forms of writing and visual art will be considered: fiction, non-fiction, poetry, film, animation and photography. You may wish to investigate a particular issue, to provide commentary, reportage or expert analysis. Or you may wish to review a book, a film, a piece of music, art or theatre connected to migration. For more information, read our guidelines for submissions.

Interested? Get in touch with Lacuna magazine to discuss your pitch at hello@lacuna.org.uk. Final deadline for submissions on this theme: 30th November 2016. 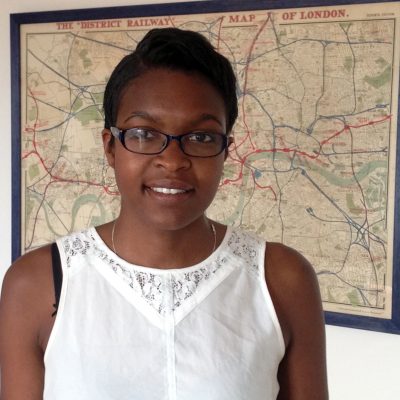 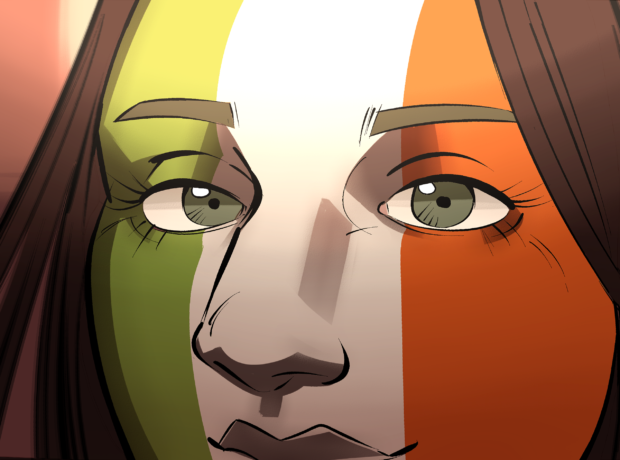